Top Posts
Colorado football coach Sanders’ unabashed faith
There’s A Light That Enters Houses With No...
Knowing the One Who Always Keeps His Word
Pregnancy Resource Centers Fight For Life Amidst Opposition
This World is Not Our Home
Lessons Learned From a Gingerbread House
Let There Be Peace on Earth
‘I Wanna Dance’ movie: Whitney Houston’s success and...
Fact Finding, Sight Seeing, and Prayer Walking
Kidney donation led to 8 life-saving surgeries
Home Tags Posts tagged with "Sarah" 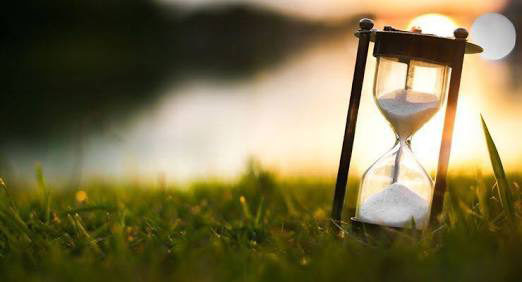 By Carol Round, Special to ASSIST News Service GROVE, OKLAHOMA

“What no eye has seen, what no ear has heard, and what no human mind has conceived—the things God has prepared for those who love Him”—1 Corinthians 2:9 (NIV).

Circumstances beyond our control usually leave us impatient, antsy, and sometimes, downright irritable. Those things out of our control can also lead us to take things into our own hands. The result can be harmful to us as well as others.

Before placing my trust in God, I could attest to the harm my own impatience caused me and sometimes affected others. I’d look at the circumstances and jump into the middle of the problem, thinking I could fix it—whatever “it” was. Have you ever been there?

I’m reminded of a childless couple in the Bible who desired a family. At age 75, Abraham received a promise from God that he would have many descendants. Fast forward 10 years, and Abraham, now 85, and his wife, Sarah, had still not conceived.

Impatient, the couple decided to take things into their own hands. Although God had promised the couple a child, they believed He had failed them. At Sarah’s urging, Abraham slept with their Egyptian slave, Hagar, and she gave birth to a son named Ishmael.

When Abraham was 99 years old, the Lord appeared to him again, promising they would have a biological child of their own. At the time, Sarah was almost 90. The couple was stunned, and Sarah actually laughed at the idea. After all, they were way past the time, physically, to have a child. But God kept His promise and a year later, she gave birth to Isaac.

What can we learn about human nature and God from this story? First, God’s promises can be trusted. Second, we should never underestimate what God has in store for those who love Him. Third, just because you cannot do something doesn’t mean God cannot.

In one of her daily devotionals, Christine Caine writes, “God will often wait until a situation is impossible before He works a miracle.”

She adds, “Only when Sarah came to the place of yielding the situation to God, choosing to trust He would be faithful, did the miracle occur.”

About a month ago, I’d asked a few friends to pray for me, asking for peace and discernment concerning a change in my life. Several weeks passed and I received a card in the mail from one of those friends.

The following quote by M.B. Anderson appeared on the card front. “We get impatient for the next step, the provision, the destination to be revealed…and forget that so often, in the stillness of the waiting, He is revealed.”

Caine writes, “Just because you cannot do something doesn’t mean God cannot. After all, when something is no longer possible and God turns up, then only He can get the glory. Don’t let impossibility quench your faith. Instead, allow it to fuel your faith!”

We must look beyond our circumstances, living in anticipation and trusting in our loving Heavenly Father who offers hope and is faithful to keep His promises.

I always love hearing from my readers. Please feel free to email me at carol@carolaround.com or stop by my blog at www.carolaround.com for more inspiration.