Top Posts
Knowing the One Who Always Keeps His Word
Pregnancy Resource Centers Fight For Life Amidst Opposition
This World is Not Our Home
Lessons Learned From a Gingerbread House
Let There Be Peace on Earth
‘I Wanna Dance’ movie: Whitney Houston’s success and...
Fact Finding, Sight Seeing, and Prayer Walking
Kidney donation led to 8 life-saving surgeries
The Power of Curiosity
When Love Came Down at Christmas
Home Tags Posts tagged with "satisfaction" 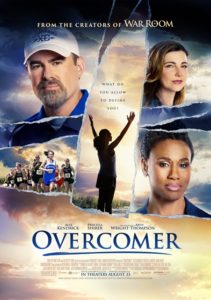 ORLANDO, FL (ANS)  What defines who you are?  Your job?  Your spouse, your partner, your accomplishments?  Does your sense of well-being and satisfaction come from dependence on your position or friends or appearance or skills?

What would you do if all that were taken away?  Overcomer tells an entertaining, sensitive story of finding a stable source of personal identity in the midst of life’s shifts in relationships, family, work, and sports.

In my view, this one’s a winner.  I laughed; I cried; I cheered.  It’s heartwarming, realistic, genuine, thrilling, inspiring, and on target. 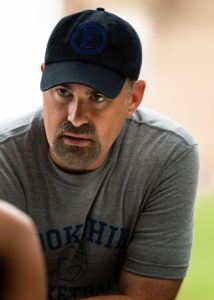 High school basketball coach John Harrison (Kendrick) is about to have his world rocked.  Hopes of a championship season are dashed when his small town’s major employer announces it’s closing down, seriously depleting his pool of athletes who must relocate with their families.  John’s wife, Amy (Rigby), also a teacher at the same school, sees the emotional toll this takes on John and their marriage.

The school principal Olivia Brooks (Shirer) taps John to coach the cross country team.  Its lone member, Hannah Scott (Wright-Thompson), is a young girl with a disappointing past, a confused future, and health issues to boot.  John’s dreams of coaching champions seem dashed.

Through an “accident” that he later sees as providential, John develops a friendship with an unlikely mentor, Thomas Hill (Arnett), who helps him focus on a steady and lasting identity source.  Personal struggles involving estranged family members with loads of emotional baggage prompt viewers to contemplate their own experiences with reconciliation and forgiveness. 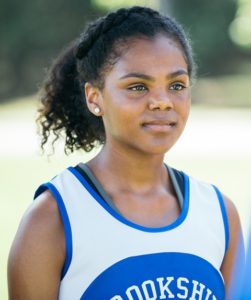 I won’t spoil it for you by telling more, but the viewing experience can be liberating.  Alex Kendrick reflects on the film’s athletic motif:  “Cross country is a very difficult sport. From the time you start, you do not stop or pause until you cross the finish line. And in many regards, that’s like our life; that’s our journey of faith.”

Producer Stephen Kendrick notes, “As people are walking out of the theater, we hope that they begin to ask questions about where their identity is found, because too often we find it in our circumstances, in our titles, in what other people are saying about us, in our jobs, in our positions or awards. Those things can be taken away,”

What defines an “overcomer”?  Kendrick Brothers’ faith-based films stress reliance on God. “This is the victory that has overcome the world,” wrote an early follower of Jesus, “our faith.” 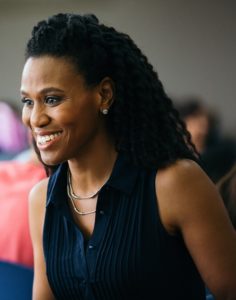 Priscilla Shirer elaborates: “Being an overcomer means there is pain, discomfort, inconvenience, life’s tough, and yet you have joy and peace and all the stuff that you can only have if there is an anchor in your soul.”

Having been divorced, widowed, and fired, I’ve had more opportunity than expected or desired to reevaluate the basis of my identity.  Overcomer‘s compelling saga points people toward a solution that works. 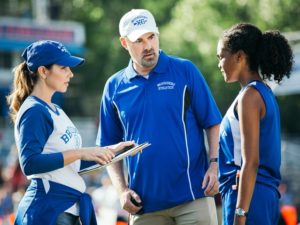