Top Posts
Knowing the One Who Always Keeps His Word
Pregnancy Resource Centers Fight For Life Amidst Opposition
This World is Not Our Home
Lessons Learned From a Gingerbread House
Let There Be Peace on Earth
‘I Wanna Dance’ movie: Whitney Houston’s success and...
Fact Finding, Sight Seeing, and Prayer Walking
Kidney donation led to 8 life-saving surgeries
The Power of Curiosity
When Love Came Down at Christmas
Home Tags Posts tagged with "Scandinavia backpackers Morocco terrorism"

Two Scandinavian women tourists found dead in Morocco may have been attacked by terrorists, authorities are now 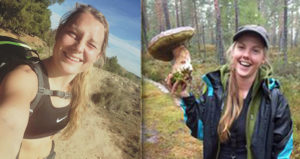 The bodies of Louisa Jespersen, 24, from Norway, and Maren Ueland, 28, from Denmark, were found near the foot of North Africa’s highest peak, Mount Toubkal, according to the BBC. The area is popular with hikers and climbers from Scandinavia.

Four suspects from nearby Marrakech may have stalked the two young women before attacking them in their tent while they slept.

Initially, detectives investigating the crime believed it may have been sexually motivated because none of the victims’ belongings were missing. But then a video of the attack appeared on social media which bears the hallmark of terrorism, according to Morocco World News.

Louisa traveled to Morocco against her family’s wishes. In an interview with Danish news sources, Jespersen’s mother said that they pleaded with her to avoid Morocco “because of the chaotic situation.”

One suspect was arrested in Marrakesh on suspicion of murder and three others are being sought. Police identified the suspects through surveillance cameras placed in local shops in the village of Imlil, near where they camped.