Top Posts
Colorado football coach Sanders’ unabashed faith
There’s A Light That Enters Houses With No...
Knowing the One Who Always Keeps His Word
Pregnancy Resource Centers Fight For Life Amidst Opposition
This World is Not Our Home
Lessons Learned From a Gingerbread House
Let There Be Peace on Earth
‘I Wanna Dance’ movie: Whitney Houston’s success and...
Fact Finding, Sight Seeing, and Prayer Walking
Kidney donation led to 8 life-saving surgeries
Home Tags Posts tagged with "sex"

Christian leaders behaving badly: Why should anyone embrace their faith? 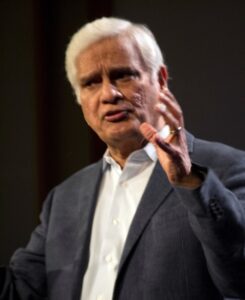 ORLANDO, FL (ANS)  Ravi Zacharias, the popular Christian faith defender, was exposed posthumously as a sexual predator.  This sex scandal has created international turmoil.  If Christian leaders are hypocrites, why should anyone give their beliefs a serious look?

Sadly, the faith landscape is littered with fallen leaders, from clergy sex abuse to the affairs of Carl Lentz, Jim Bakker, Jimmy Swaggart, and countless others.

Disclosure:  I knew Ravi professionally, though not well.  I appreciated his communication skills, but did not always agree with his content or presentation manner.  I remain grateful for his kind, personal condolences and encouragement after my first wife left me.  I was unaware of his sexual misconduct until the news broke.  And, of course, I’m deeply concerned for his victims.

Though RZIM’s board now has issued a statement of contrition, it appears some senior leaders resisted corporate transparency as the scandal unfolded.  Internal whistleblowers may be among the real heroes in this story. 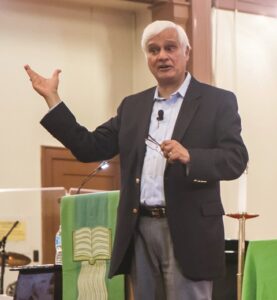 For instance, RZIM public relations manager and spokesperson Ruth Malhotra wrote a letter to the board chair detailing misrepresentation, intimidation, and cover up: “There have been numerous times over the past three years when I’ve had to push back on direction from Ravi and the senior leadership so as not to make statements—or have statements attributed to me—on behalf of the ministry that I don’t believe or can’t defend.”

So, should we reject a belief system because its leaders misbehave?

Personally, I abandoned devotion to superstars – secular or Christian – long ago.  Too many feet of clay.  Following reasonable leaders, yes.  Unquestioning fealty, no.  Jeremiah, an ancient Jewish prophet, wrote, “The heart is the most deceitful thing there is and desperately wicked. No one can really know how bad it is!”

I decided it’s not just faith, but the object of faith that’s important.  If I swallow two white tablets to treat my headache, I’m placing faith in those tablets.  If they are aspirin, they might work.  If I grab roach poison by mistake, I could get sick.

I would suggest that Jesus is a worthy object of faith.  Peter, one of his closest friends, said, “He never sinned, nor ever deceived anyone.”  If your roommate says that about you, you must be pretty special.  He was.  He practiced and taught humility and compassion, washing his disciples’ feet, aiding a shunned leper.  During his youth, learned leaders marveled at his wisdom.  In his adulthood, officers sent to apprehend him returned empty-handed, exclaiming, “Never has a man spoken the way this man speaks.”

As a skeptic, I learned that many evidences support Jesus’ claims to deity, notably his resurrection.  That plus his character are why I chose to follow him.  But I still have unresolved matters.

When I see God, items on my long list of questions for him will include a heartbreaking and unwanted divorce, betrayal by trusted coworkers, my second wife’s cancer death, and all sorts of disappointing human behavior and natural disasters.

Yet in Jesus’ life, death, and resurrection, I’ve seen enough to believe that, as one of his early followers wrote, “God causes everything to work together for the good of those who love [him].”

Should Ravi’s – or other Christian leaders’ – moral flaws dissuade one from trusting Jesus?  My vote is to evaluate Jesus, while mourning and confronting his misbehaving followers.  Some have noted that RZIM’s leadership culture welcomed tough questions about Jesus, but not about Ravi.  For the organization to regain its integrity, that ethos must now change.