Top Posts
Knowing the One Who Always Keeps His Word
Pregnancy Resource Centers Fight For Life Amidst Opposition
This World is Not Our Home
Lessons Learned From a Gingerbread House
Let There Be Peace on Earth
‘I Wanna Dance’ movie: Whitney Houston’s success and...
Fact Finding, Sight Seeing, and Prayer Walking
Kidney donation led to 8 life-saving surgeries
The Power of Curiosity
When Love Came Down at Christmas
Home Tags Posts tagged with "Social Management"

BEIJING, CHINA – A massive crackdown using social management tools to crush religious freedom has for years been underway in China.

Churches are being demolished, Bibles confiscated and posters of Jesus replaced with imagery of President Xi Jinping in a bid to eradicate Christianity, according to CBN’s Christian World News. 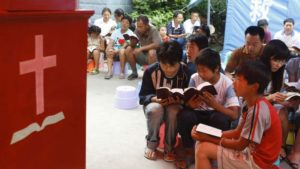 In China, the communist government sees the spread of the Christian faith as a Western threat to their culture and way of life and is using social management tools such as Artificial Intelligence, Facial Recognition, Data Mining, and Video Surveillance in the process of eliminating the influence of Christianity. In 2016, Xi said, “We must resolutely guard against overseas infiltrations via religious means.”

The Chinese government wrote religious freedom provisions into its constitution in 1982, but that hasn’t slowed the oppression of Christians living in the restrictive country.

According to a recent report from The Sun, Xi’s regime has gone so far as even barring children from visiting churches.

The most recent crackdown has reportedly been in the Xinjiang province, along the borders of Afghanistan and Pakistan. Government officials have called the region “not Chinese enough.”

As a result, Xi’s administration is requiring “Chinese characteristics” to be incorporated into all activities, religious beliefs and cultural traditions, a large part of which is adherence to the communist ideology.

And despite its claims of religious tolerance, in June, officials with the Chinese government tore down Christian imagery of Jesus from Our Lady of Mount Carmel in China’s Henan province, which has served as a popular pilgrimage for Chinese Catholics since the very early 1900s.

One religious source on the ground told the Catholic News Agency at the time that the Communist government would “allow Catholicism to exist but not develop.”

The Chinese government also destroyed the Liangwang Catholic Church in July, according to Asia News, even though the building was owned by the community and had been registered since 2006.

As for unregistered Protestant house churches, according to The Associated Press, Xi’s government once seemingly tolerated them. But that’s no longer the case. Now the Communist regime is taking a tougher approach that leans heavily on “thought reform,” a kind of political indoctrination.

In November 2017, Christian residents of a rural township in the southeast Jiangxi province were convinced by the government to replace posters of the cross and Jesus with images of the Chinese president.

“Xi is a closet Maoist — he is very anxious about thought control,” Willy Lam, a Chinese politics expert at the Chinese University of Hong Kong, told the AP. “He definitely does not want people to be faithful members of the church, because then people would profess their allegiance to the church rather than to the party, or more exactly, to Xi himself.”

There are also several instances in which the government confiscated Christian literature and Bibles. One such raid occurred in May, when government authorities stole more than 1,000 Chinese Bibles from five house churches in the Shandong province, claiming it was part of an effort to quell the spread of pornography in the sprawling country.

All of this is part of the government plan to “Sinicize” churches, both Protestant and Catholic.

“Only Sinicized churches can obtain God’s love,” the government stated. 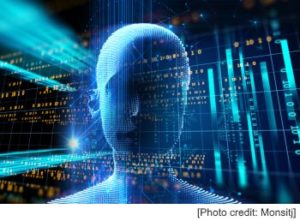 A graphic depicting AI or Artificial Intelligence being used as a social management tool in China to eradicate Christianity.

“These instruments portend governance in the era of artificial intelligence. By 2020, Beijing and leaders of the Chinese Communist Party (CCP) aim to fully deploy a video surveillance network they describe as ‘omnipresent, fully networked, always working and fully controllable.’”

Berg writes the development “does not bode well for human rights or religious freedom for the nation’s 1.4 billion citizens.”

Berg states: “Artificial Intelligence (AI) in principle is not sinister. How it is used can be. China and the United States are currently the world leaders in AI development. The difference in how the two nations are applying the technology appears stark and significant.”

In her article, Berg writes that in the U.S., many Americans have been exposed to aspects of AI already — think certain smartphone texting capabilities, GPS apps, or facial recognition while tagging photos on Facebook.

“Likewise, U.S. law enforcement agencies are using AI in the fight against crime. In other words, AI has many useful applications that contribute to the greater good of society. In the hands of authoritarian governments like China, however, the applications can be chilling.”

Simon Denyer, Beijing bureau chief for the Washington Post, said: “It is China’s ambition that sets it apart. Western law enforcement agencies tend to use facial recognition to identify criminal suspects, not to track social activists and dissidents, or to monitor entire ethnic groups. China seeks to achieve several interlocking goals: to dominate the global artificial-intelligence industry, to apply big data to tighten its grip on every aspect of society, and to maintain surveillance of its population more effectively than ever before.”

According to Berg, the pernicious effects of such surveillance are already apparent in the Xinjiang Province of China, home to the largest Uyghur community, a Turkic people who follow Islam.

Human Rights Watch recently detailed gross and pervasive human rights violations and the rise of predictive policing in Xinjiang as a result of AI advances.

Once collected, she writes, the government uses the information to flag and detain individuals or whole families, who are then sent to political re-education centers. There, they can be held indefinitely and without charge or trial. Human Rights Watch reports that tens of thousands of Uyghurs and other ethnic minorities have been sent to these centers since 2016.

“Artificial Intelligence in principle is not sinister. How it is used can be,” Berg says.

Berg adds that for all the positive breakthroughs Artificial Intelligence provides, in the hands of authoritarian governments like China, its negative aspects can be devastating, particularly for religious and other minority groups. The U.S. may have strict privacy and data protection laws for its own citizens, but clearly this is not the reality for other parts of the world.

She concludes: “Current negotiations with China over trade provide a unique opportunity for addressing AI concerns, particularly as they pertain to human rights and national security. A robust, global conversation about AI — led by the U.S. tech community and government leaders — is needed lest this 21st Century technology drags us all back to Orwell’s 1984.”