Top Posts
Colorado football coach Sanders’ unabashed faith
There’s A Light That Enters Houses With No...
Knowing the One Who Always Keeps His Word
Pregnancy Resource Centers Fight For Life Amidst Opposition
This World is Not Our Home
Lessons Learned From a Gingerbread House
Let There Be Peace on Earth
‘I Wanna Dance’ movie: Whitney Houston’s success and...
Fact Finding, Sight Seeing, and Prayer Walking
Kidney donation led to 8 life-saving surgeries
Home Tags Posts tagged with "Somaliland"

LANCASTER, PA (ANS) — A married Christian couple, detained for being “apostates and evangelists spreading Christianity” in Muslim-majority Somaliland, have been suddenly released and deported to Somalia, allowing them to subsequently travel with their youngest child to a safe country and reunite with their two older sons. 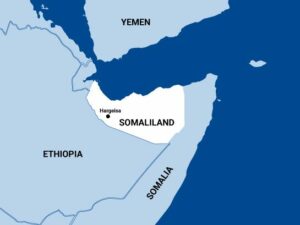 Barnabas Aid https://barnabasfund.org/us/  says the couple, who were arrested by police on September 21 when Christian material was found at their home, made several appearances in the Somaliland regional court before being unexpectedly released and ordered to be deported on November 1.

Note: Please help Assist News Service to be a voice for Christians around  the world. Donate to ANS today

The couple’s lawyer noted that the decision came after European government representatives raised the case with the Ministry of Religious Affairs.

Middle East Concern (MEC) said that on November 1 the Somaliland Regional Court ordered the deportation of the  couple, Somali converts from Islam to Christianity, to Somalia. They had been arrested in September, considered to be “apostates and evangelists spreading Christianity.”

On November 5 they, with an infant, travelled to Somalia. This week they moved to a safe country, to be reunited with their two oldest sons.

The couple appeared before the Somaliland court several times after their arrest. Charges were expected at a hearing on October 24, however the prosecutor instead asked for a two-week extension to decide how to proceed. On November 1, 2020 the regional court ordered the deportation.

According to their lawyer, the decision was made after European government representatives raised the case with the Ministry of Religious Affairs.

Islam is the official religion of Somaliland, which declared independence from Somalia in 1991. Its constitution states that individuals have the right to freedom of belief. However, the constitution also prohibits Muslims from converting to another religion, bars the propagation of any religion other than Islam, and stipulates that all laws must comply with the general principles of sharia (Islamic law).