Top Posts
Knowing the One Who Always Keeps His Word
Pregnancy Resource Centers Fight For Life Amidst Opposition
This World is Not Our Home
Lessons Learned From a Gingerbread House
Let There Be Peace on Earth
‘I Wanna Dance’ movie: Whitney Houston’s success and...
Fact Finding, Sight Seeing, and Prayer Walking
Kidney donation led to 8 life-saving surgeries
The Power of Curiosity
When Love Came Down at Christmas
Home Tags Posts tagged with "Stephen Hawking" 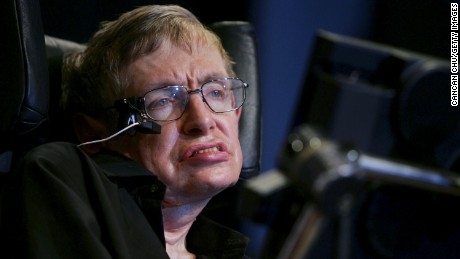 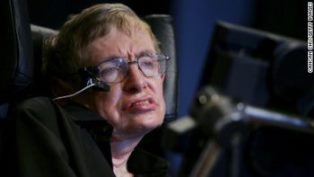 CAMBRIDGE, UK (ANS – March 14, 2018) — Famed astrophysicist Stephen Hawking, who struggled for most of his life with Lou Gehrig’s disease, left the shackles of his withered body early in the morning of March 14th at his home in Cambridge, his soul launched into a Christ-less eternity.

He had a profound impact on the world as a theoretical physicist, cosmologist, author, and director of research at the Centre for Theoretical Cosmology at the University of Cambridge. While he made occasional references to God, he remained a staunch atheist to the end.

Hawking worked on gravitational singularity theorems, predicted that black holes emit radiation, and was the first to set out a theory of cosmology that brought together the general theory of relativity and quantum mechanics. He was a forceful advocate of the many-worlds interpretation of quantum mechanics.

Hawking had a rare, slow progressing form of amyotrophic lateral sclerosis (ALS) that began to manifest itself while he was still a student in his final year at Oxford.

Hawking said he was “not religious in the normal sense” and he believed that “the universe is governed by the laws of science”.

In 2008, Hawking stated in an interview with Reuters, “The laws may have been decreed by God, but God does not intervene to break the laws”.

Such a view of God involved in creating and establishing the laws of science might lead some to conclude Hawking was a deist, but he quashed such notions with his further ruminations about religion – with special aversion for the Christian world view.

He seemed to channel John Lennon of the Beatles when he told The Guardian there is “no heaven or afterlife” and that such a notion was a “fairy story for people afraid of the dark”. 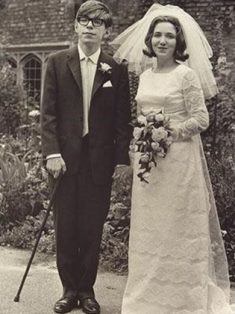 In 2011, on the TV program Curiosity, he said: “We are each free to believe what we want and it is my view that the simplest explanation is there is no God. No one created the universe and no one directs our fate. This leads me to a profound realization. There is probably no heaven, and no afterlife either. We have this one life to appreciate the grand design of the universe, and for that, I am extremely grateful.

In 2014 he went further and declared himself an atheist on NBC.

“Before we understand science, it is natural to believe that God created the universe. But now science offers a more convincing explanation. What I meant by ‘we would know the mind of God’ is, we would know everything that God would know, if there were a God, which there isn’t. I’m an atheist.”

Hawking’s first wife, Jane Wilde, was an evangelical Anglican, which brought a witness into his life, but also contributed to tension because of his atheism. During the progression of his disease, Jane suffered from depression. In a 2004 interview, she said her faith in Christ gave her hope during the marriage and allowed her to rise above the challenges of being his caregiver.