Top Posts
Knowing the One Who Always Keeps His Word
Pregnancy Resource Centers Fight For Life Amidst Opposition
This World is Not Our Home
Lessons Learned From a Gingerbread House
Let There Be Peace on Earth
‘I Wanna Dance’ movie: Whitney Houston’s success and...
Fact Finding, Sight Seeing, and Prayer Walking
Kidney donation led to 8 life-saving surgeries
The Power of Curiosity
When Love Came Down at Christmas
Home Tags Posts tagged with "street cricket"

LONDON, UNITED KINGDOM (ANS) – Besides football (soccer), the next most popular sport in England is cricket. It can be a confusing game to those unfamiliar with it!

The ICC Cricket World Cup (https://www.cricketworldcup.com/) is the international championship of One Day International cricket. The event is organised by the sport’s governing body, the International Cricket Council, every four years, with preliminary qualification rounds leading up to a finals tournament. 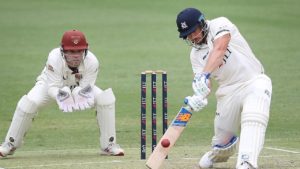 A batsman striking a cricket ball with the wicket-keeper behind the stumps.

Scripture Union (SU), an international, inter-denominational, evangelical Christian movement founded in 1867, whose stated aim is to use the Bible to inspire children, young people and adults to know God, runs Christian Summer Camps and is encouraging youngsters to use the game of cricket to talk about God.

SU has made resources associated with cricket that can be used to engage fans in talking about the gospel during this summer’s ICC Cricket World Cup, according to an article by Cara Bentley writing for London’s Premier Radio.

They are encouraging churches to run cricket-themed missions this summer and have videos on their website which can be used in schools assemblies or youth groups on how the characteristics of cricket players are similar to those needed in a Christian – such as staying disciplined in the midst of distractions and facing pressure.


Ben Poch from Scripture Union told Premier: “I think one of the things that I’m really keen to talk about with people when we think about sports ministry is that we can sound think, ‘Okay, well, I’m not really passionate about sports or I don’t have any coaching qualifications, so what can I do?’ but what we are trying to say is that if you have a heart for young people and you love Jesus then you’re qualified to be able to go out and take the good news of Jesus to young people.

“We find that there’s different ways in which we can set up different activities, where we can share our faith and do that in in the context of sport. One of my first opportunities to get involved with sports ministry was working with a number of different volunteers from this local church in a football project. They didn’t play football themselves, they certainly had two left feet, but what they did have was a real passion for young people and the young people responded to that.

“It’s not really about the sport itself, you know, there’s great sports clubs out there and if kids are really into that they’ll they’ll be a part of those clubs. But what young people are really after, and I think really struggling to have, is deeper, meaningful relationships with older the people who they can look up to and who they know their love for who they are.

“The sport is, is secondary. It’s about sharing the love of Jesus with them in real practical ways.”

The author of this story, Michael Ireland, is a self-supported media missionary with ANS. Click here to support him as a missionary journalist.
June 3, 2019
FacebookTwitterPinterestEmail