Top Posts
Knowing the One Who Always Keeps His Word
Pregnancy Resource Centers Fight For Life Amidst Opposition
This World is Not Our Home
Lessons Learned From a Gingerbread House
Let There Be Peace on Earth
‘I Wanna Dance’ movie: Whitney Houston’s success and...
Fact Finding, Sight Seeing, and Prayer Walking
Kidney donation led to 8 life-saving surgeries
The Power of Curiosity
When Love Came Down at Christmas
Home Tags Posts tagged with "Sudanese Church of Christ (SCOC)"

KHARTOUM, Sudan (ANS) — The trial of nine defendants accused of setting fire to a church in Omdurman, Khartoum, commenced on November 29 at Dar-Alsalam Criminal Court, marking the first prosecutions for damaging a church in the nation’s history.

Christian Solidarity Worldwide (www.csw.org) reports a total of 14 individuals are accused of the church attacks; one is being tried in a separate court for minors, while the remaining four are believed to be in hiding. 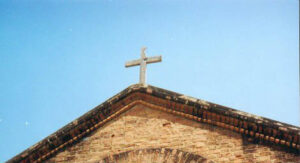 The trial relates to a series of attacks on a church building belonging to the Sudanese Church of Christ (SCOC) in Jabarona, Omdurman, which have taken place since December 2019. The church was initially attacked by extremists four times between December 2019 and January 2020.

In March, following calls from CSW, Sudan’s Minister for Religious Affairs and Endowments, Mr Nasr al-Din Mufreh, pledged to investigate the attacks, signing a ministerial order which appointed commissioners to carry out the investigation.

Despite this, the church was attacked once again on August 14, 2020. Subsequently, on August 22, the 14 defendants submitted a letter to the Ombada local authority asking them to clear the square where the church is located within three months and threatening to undertake the action themselves if this was not done.

The defendants have not denied sending the letter. CSW sources report that the next trial hearing will be held on December 21.

CSW’s Founder President Mervyn Thomas said: “CSW welcomes the first ever criminal prosecutions of individuals accused of damaging a church in Sudan. This is a significant step in the promotion of a just and equitable society.  We also call on the Sudanese authorities to bring the remaining suspects to justice. Holding those responsible for violations of the right to freedom of religion or belief to account is a key means of ensuring that this right is upheld for all Sudanese citizens.”

In a separate development, on November 13, the Chairman of the Sovereignty Council of Sudan, Abdel Fattah Abdelrahman al-Burhan, announced a blanket amnesty for “anyone who carried weapons, participated in any of the military or war operations, or contributed to any act or statement related to combat operations.” The announcement effectively grants a pardon to everyone involved in any military action, including those responsible for the bombing of homes and churches in the Nuba Mountains, which resulted in the deaths of thousands and the displacement of many others.

Mervyn Thomas added: “CSW is deeply concerned by the issuing of a blanket amnesty which effectively pardons those responsible for egregious violations of human rights, including the killing of innocent civilians in South Kordofan and Darfur.

“While we are relieved that the amnesty has not been extended to those wanted by the International Criminal Court or facing criminal charges, we call on the Sovereignty Council of Sudan to ensure that all those responsible for violations of human rights, including historic violations, are held to account.”