Top Posts
Knowing the One Who Always Keeps His Word
Pregnancy Resource Centers Fight For Life Amidst Opposition
This World is Not Our Home
Lessons Learned From a Gingerbread House
Let There Be Peace on Earth
‘I Wanna Dance’ movie: Whitney Houston’s success and...
Fact Finding, Sight Seeing, and Prayer Walking
Kidney donation led to 8 life-saving surgeries
The Power of Curiosity
When Love Came Down at Christmas
Home Tags Posts tagged with "Taylor Martin vision of heaven"

At Rolland and Heidi Baker’s Harvest School of Missions in Pemba, Mozambique, students flock from all over the 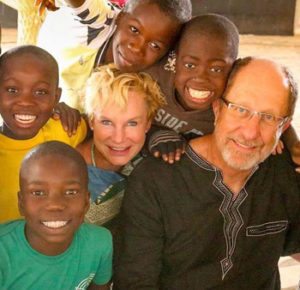 Rolland and Heidi Baker in Mozambique with children

A young man from Sydney, Australia, Taylor Martin, spent the early part of July in Pemba, then had to be evacuated to South Africa to complete the school due to terrorist threats in northern Mozambique.

“Sometimes I would be shaking for hours. One day I was paralyzed for eight hours on the ground.”Despite the terror threat, he had remarkable encounters with God, especially when Rolland Baker laid hands on him and prayed. “Sometimes the power of God just hits you like a wave and you can’t move,” Martin recounts. “Five or six times I was sent into hours-long visions of heaven when Rolland touched me.”

During these supernatural visions he witnessed remarkable things. “I saw the city; I saw streets; I saw the throne; I saw God and his angels and people feasting.”

As he walked in the streets he saw people dancing with angels. “I went to a feast and people were eating all this amazing food like a banquet. There is food in heaven and it’s a real place.”

He met a man at the banquet that seemed to be glowing more than anyone else. “Why do you shine more than others?” Martin asked.

“Those who live close to the throne shine more,” he replied. The man told Martin he had been a prophet on earth.

Then they went to the man’s house on a hill near the throne. “It was like a mansion in an earthly neighborhood,” with furniture and windows.

“The feeling of being there is so overwhelming, the peace, the love, and the joy. You have no earthly mind at all or desire to come back,” he says.