Top Posts
There’s A Light That Enters Houses With No...
Knowing the One Who Always Keeps His Word
Pregnancy Resource Centers Fight For Life Amidst Opposition
This World is Not Our Home
Lessons Learned From a Gingerbread House
Let There Be Peace on Earth
‘I Wanna Dance’ movie: Whitney Houston’s success and...
Fact Finding, Sight Seeing, and Prayer Walking
Kidney donation led to 8 life-saving surgeries
The Power of Curiosity
Home Tags Posts tagged with "tender" 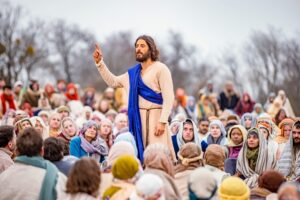 ORLANDO, FL (ANS)  So, why would an online television series about Jesus be breaking popularity records?  It has no big-name stars or producers.  The stories are ancient.  Are viewers looking for hope amid pandemic uncertainty?  Are they bored with working from home and turning to diversions their bosses cannot monitor?  What did TMZ think?

Maybe personal connection is driving all this.  Surprised by The Chosen series’ popularity, I decided to check it out.  The episodes portray Jesus’ life with believable dialogue and characters whose genuine, heartfelt emotions – pain, confusion, fear, exhilaration, contentment, awe – help viewers relate these stories to their own struggles and joys. 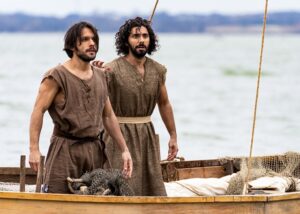 The Chosen producers also selected a unique distribution method: free of charge via online streaming.  As of this writing, over 300 million views have occurred in over 190 countries.  Translations include 50 languages.

Supported by the most successful crowd-funded campaign in history (16,000 people invested $11 million for Season One), the show is still going strong, with producers now inviting fans to contribute to production costs and “pay it forward.” 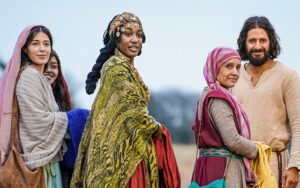 Women were among Jesus’ most devoted followers.

The series’ popularity prompted a special Christmas 2021 episode including contemporary musical artists.  The special was originally slated to screen in US theaters for two days last December.  The theater launch announcement spawned $1.5 million in ticket sales in 12 hours – a record for short-run theater specialists Fathom Events – stimulating an expanded theater run to what became 23 days.

Screenwriters have succeeded in depicting real life – warts and all – with authentic human interaction. 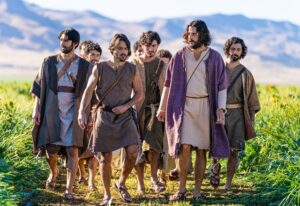 Jesus and his followers walked and talked a lot.

The Chosen‘s Jesus enjoys relating to children, and they take to him.  He loves hanging with his followers and friends; the affection is mutual.  He encourages the dejected, accepts and gently corrects his sometimes clueless and boisterous disciples, and warmly welcomes society’s rejects.  He touches a loathed leper, dines with social outcasts.

We see tender, playful spousal communication involving Simon (later called Peter) and his wife, plus their own marital conflict and Simon’s anger with God.

One story – Jesus’ encounter with a Samaritan woman – particularly moved me.  Its themes of race, gender, and religion evoke today’s headlines. 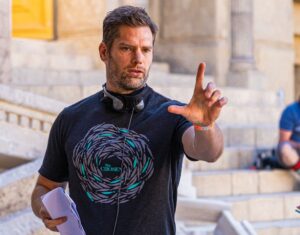 First-century Jews and Samaritans were locked in a blood feud. Divided by geography, religion, and race, the two groups spewed venom.  Jesus, a Jew choosing to travel through Samaria, encountered a Samaritan woman at a well.

Surprised at first that a Jewish man would talk with her, she later accepted his offer of “living water” (personal faith) and enthusiastically told everyone she could about the wonderful person she’d met.  In the series, her joy is contagious.  I suspect some/many viewers will share my appreciation of her life transformation.

Producers sought faithfulness to long-respected biblical texts plus effective cinematic communication.  They combined and condensed “some locations and timelines” and added “backstories and some characters or dialogue,” aiming “to support the truth and intention of the” biblical accounts, which they encourage viewers to read.

TMZ Live television interviewed series director/creator Dallas Jenkins about the challenges of shooting during the pandemic, especially about gathering and filming 2,000 extras in a field in Texas to replicate Jesus’ Sermon on the Mount.  “A remarkable – even divine – undertaking…really impressive,” noted TMZ host Charles Latibeaudiere.

Jenkins explained that this scene required two months of planning.  His team tested all 2,000 people for COVID and had to send several home due to positive tests.

Could they have used CGI (computer generated imagery) instead?  “The most famous sermon in the history of the world” required the passion of a real audience, Jenkins decided, and “it was for sure worth it.”