Top Posts
Pregnancy Resource Centers Fight For Life Amidst Opposition
This World is Not Our Home
Lessons Learned From a Gingerbread House
Let There Be Peace on Earth
‘I Wanna Dance’ movie: Whitney Houston’s success and...
Fact Finding, Sight Seeing, and Prayer Walking
Kidney donation led to 8 life-saving surgeries
The Power of Curiosity
When Love Came Down at Christmas
A Walk of Faith Begins with a Step...
Home Tags Posts tagged with "terrorists"

The growing death toll of Christians in Nigeria includes the recent report of a woman and her bridal party killed by terrorists just five days before her planned New Year’s Eve wedding, according to sources.

The Morning Star News, which focuses on Christian persecution, reported this week that Martha Bulus and her two bridesmaids were stopped by the terrorist group, Boko Haram, on December 26, as they made their way from Gwoza, Borno state to Bulus’ hometown in Adamawa state for her wedding. The bridal party was ordered from the vehicle, and after identifying themselves as Christians were beheaded, church leaders said. 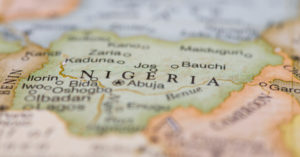 Bulus and her two bridesmaids “were not the only Christian victims that were killed on that day along the Maiduguri-Yola Highway,” Rev. Naga Williams Mohammed, chairman of the Borno State Chapter of the Christian Association of Nigeria (CAN) told Morning Star News. “Eight other Christians were also killed on that spot at Gwoza, while two other Christian sisters were kidnapped and taken away by the Boko Haram group.”

Adamawa, Borno and Yobe states in northeast Nigeria have been “a hotbed for Boko Haram terrorists,” according to Morning Star News.

More recent terrorist attacks in Nigeria include a report that more than 200 Muslim Fulani herdsmen attacked predominantly Christian villages in southern Kaduna state since Jan. 6, killing at least 35 people and kidnapping 58 others, including a mother and her 6-month-old baby.

Armed with AK-47s, the herdsmen on motorcycles rampaged through 10 villages in Chikun and Brinin Gwari counties, Christian leaders said. “Traumatized people displaced by the violence, dispossessed of their farmlands and homeless, later received calls demanding thousands of dollars in ransom for the release of their relatives,” stated Morning Star News in the article.

Pastor Habila Madama, a Christian leader in the affected areas, told the news agency that the “killing, maiming and kidnapping” of family members happened “without restraint by security agencies or the military.”

“The herdsmen have destroyed our farmlands and left us with nothing,” Madama said. “These Muslim Fulani herdsmen will usually come with their cattle, forcefully take over our farms, and destroy crops ready for harvests.”

The organization, Save the Persecuted Christians (STPC) is calling for a US special envoy to be sent to Nigeria and the Lake Chad region because of the extreme violence against Christians there, CBNNews.com reports.

“What is afoot in Nigeria is jihad,” said STPC President and CEO Frank Gaffney. “It’s a concerted, systematic, organized and increasingly genocidal effort to remove from Nigeria – and most especially from the areas of Nigeria that are resource-rich – Christians who are by definition under the Sharia…seen as enemies of Islam and people that can be eliminated or otherwise removed at will.”

Gaffney said the conflict is not just between farmers and herdsmen, “as some naively would like to believe, but an Islamic war being waged against Christians in Nigeria.” He said the persecutors must be held accountable, as well as those who enable them, according to CBNNews.com.