Top Posts
Colorado football coach Sanders’ unabashed faith
There’s A Light That Enters Houses With No...
Knowing the One Who Always Keeps His Word
Pregnancy Resource Centers Fight For Life Amidst Opposition
This World is Not Our Home
Lessons Learned From a Gingerbread House
Let There Be Peace on Earth
‘I Wanna Dance’ movie: Whitney Houston’s success and...
Fact Finding, Sight Seeing, and Prayer Walking
Kidney donation led to 8 life-saving surgeries
Home Tags Posts tagged with "The Long Haul" 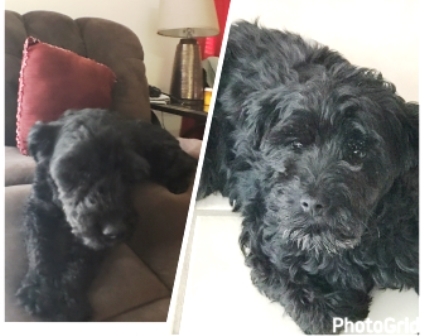 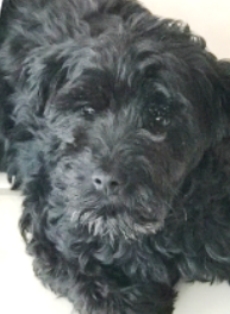 ALBUQUERQUE, NM (ANS January 29, 2018) — It was the waning hours of the second day of the KOB TV Health Fair at EXPO NM’s Lujan Building here in Albuquerque, and we were really enjoying the event.

Something we attend most years, it had proved yet again another opportunity to share the homeless story, make new friends and reconnect with some people with whom we hadn’t met in person since last year or before.

Our booth was just a few yards away from where the City of Albuquerque Animal Welfare Department had its adopt-a-pet section. Seeing that took me right back to the same time last year when we first encountered our newest family member, an orphaned lhasa apso who we named Charlie.

Staring up at us with soulful black eyes, my wife Elma fell in love with him right away. We learned that he was about five years old, as far as animal control could tell, and had been wandering the streets for about two weeks. During that time, his hair had become so muddy and matted he had been shaved.

After signing the adoption papers, he spent the rest of the day sitting quietly and demurely in our booth at the Health Fair. He didn’t even utter a single peep — well, bark! Once home, Elma quickly took Charlie under her motherly wing to ensure he felt at home after his homeless experience. He was so sweet we initially wondered why anyone would abandon him.

However, perhaps indicative of some of the experiences he had recently endured it took Elma three days to hand feed him before he could be persuaded to eat regular food.

We wondered what our long time other “child,” Farrah the cat, would think of him. At first disdainful and perhaps a little miffed her reign as the only child was over, she quickly began to warm to him. They now have a relationship akin to brother and sister. The only time Farrah gets really irked is when Charlie’s doggy enthusiasm gets too much for her, and she bats him with an outstretched paw.

However, Charlie did have one very irritating habit which at some points I think we (well, me at least) despaired breaking him of. Despite pee pads, and lots of soft and gentle cajoling from Elma, he insisted on “doing his business” whenever and everywhere he liked.

Even a doggy door didn’t initially help. I recalled him going outside to the backyard and then coming back in to pee. Elma, however, still didn’t give up and just a few weeks ago her indefatigable patience paid off. Apparently along with feline encouragement, Charlie began using the bathroom outside.

Let me explain. At this time, Farrah the cat started to use the doggy door to take care of all of her needs. The litter box, a fixture in every cat owner’s house, is now empty and fragrant, a relic of a bygone era. Who would ever have guessed? 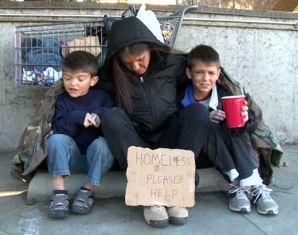 At this point, we guessed that Charlie’s previous owners didn’t have as much patience with him as my wife. I’m sure Charlie endured some pretty traumatic experiences while on the streets, perhaps even being beaten or slapped. While much less than a year ago, he still cowers slightly when one of us goes to pet him.

There’s a good lesson in this. Elma could have given up on Charlie and said that all the extra work he was causing was just too much for her to handle. But she didn’t, and kept on persevering, and we see daily what effect that has had. We have a lovely dog who encourages and makes us laugh daily.

Isn’t it the same when some of us take an interest in helping the homeless, and after helping them for a while but failing to see the quick turnaround we expect, we abandon them and huffily say, “Well, they obviously don’t want help.” We then abandon them and move on to our next “project.” God, humans and animals usually don’t work according to our time frame.

While I hope you will get involved with helping the homeless either personally or through volunteer service at a ministry like Joy Junction, please only do so if you’re willing to help out for the long haul. The homeless encounter enough setbacks in their lives without enduring more from well-meaning, but impatient people. If you’d like to know more about getting involved, call our volunteer line at (505) 463 4818 or visit www.joyjunction.org

Photo captions: 1) Charlie. Who couldn’t love him. 2) A homeless family living on the streets. 3) Jeremy and Elma Reynalds. 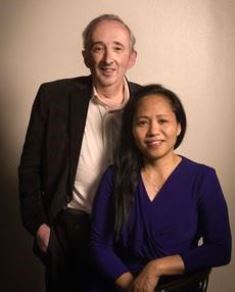