Top Posts
Colorado football coach Sanders’ unabashed faith
There’s A Light That Enters Houses With No...
Knowing the One Who Always Keeps His Word
Pregnancy Resource Centers Fight For Life Amidst Opposition
This World is Not Our Home
Lessons Learned From a Gingerbread House
Let There Be Peace on Earth
‘I Wanna Dance’ movie: Whitney Houston’s success and...
Fact Finding, Sight Seeing, and Prayer Walking
Kidney donation led to 8 life-saving surgeries
Home Tags Posts tagged with "‘The Migrant’ Novel"

ALBANIA (ANS) — Fascist populists, callous sex-traffickers and murderous mafia gangs — these were not what Pastor Jude Kilburn had expected to face when he moved to Albania.

But when vulnerable 19-year-old Alban disappears from his poverty-stricken village to seek work in Greece, Jude has to undertake the perilous journey across the mountains to try and rescue him from the ruthless Athenian underworld.

Accompanied by a volatile secret-service agent and a reformed gangster, Jude soon finds himself struggling to keep everyone together as personal tensions rise and violent anti-austerity riots threaten to tear them apart and undermine the mission.

Caught between cynical secret police and a brutal crime syndicate, the fate of them all will be determined by a trafficked girl – but not everyone will make it home. 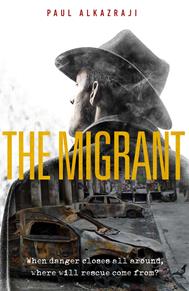 ‘The Migrant’, by journalist Paul Alkazraji, is set amid Greece’s violent anti-austerity riots and the rise of far-right political groups and racist attacks as the characters come up against a trafficking gang and a cynical secret police operation.  This new Christian novel follows the dramatic search for one migrant in Greece by his pastor at the height of the country’s recent economic crisis.

“It is a story about a pastor who cares enough for another person in his village, a young man called Alban, that he is ready to go the extra kilometre, over 500 of them in fact, to Athens to see if he is safe,” said the author. “It is about the love of a good shepherd for the one sheep that wanders far off.”

“It deals too with people searching for a liveable life without poverty or violent conflict: the migrants of recent mass-movements up through southern Europe,” he says. “It looks at dreams that turn sour, and with where our final hope lies for finding such a destination of prosperity and peace.”

“I have worked for some years with the local church in Albania, and seen first-hand the struggles and risks many Albanians face to escape poverty and unemployment and find work abroad. It is, in a way, their story I am telling,” he said.

The novel is written as an evocative action-adventure story “with an ultimately redemptive twist,” he explained. “I hope that readers may find it realistic, gripping and an inspiration for what they too might do to hold on to another person.” 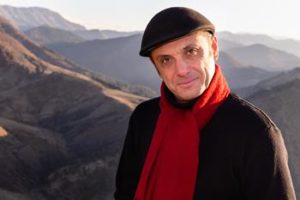 Journalist Paul Alkazraji in the Albanian mountains close to the border with Greece. Pic: Andrew LaSavio.

The author worked as a freelance journalist for the UK Christian press in the 90’s, and wrote the biographies of converted Bristol Rovers ex-football hooligan and chaplain Dave Jeal ‘Heart of a Hooligan’ (Highland), and of Bristol missionary Ian Loring ‘Christ and the Kalashnikov’ (Harper Collins). From 2004-2011 he ran a magazine for churches in Albania and then wrote his first novel ‘The Silencer’.

“Initially, I went to Albania from the UK as a reporter, just before the Kosovo crisis,” he said. “I went back again to write a book and met my future wife there. We returned together to live in Albania in the early 2000’s, and we still serve there with the local church. You never imagine how a single trip might become the gateway to the Lord’s purposes for your life.”

In an interview with ASSIST News, Alkazraji said ‘The Migrant’ is a story about someone struggling with what his pastoral responsibility should be, and how far, like ‘The Good Shepherd’, he should go for that one sheep who wanders off. 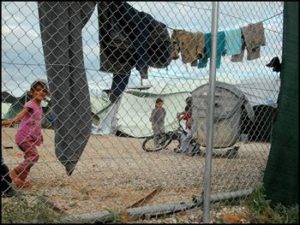 “It is a struggle I have wrestled with in my role as a pastor. I have met many young men in Albania who have in reality made adventurous journeys into Greece in search of work and a better life, and returned to tell their stories of danger, of some financial success, but also of disappointment. It was both of these stories I wanted to tell: of one character, Alban, ‘lost’ among so many others seeking refuge or employment in Europe, and of Pastor Jude Kilburn who demonstrates the Father’s love for him.”

Alkazraji lives and works with people whose lives are very much like the character of Alban in ‘The Migrant’.

“For example, one young Albanian man came to see me the day before he planned to make a night crossing of the mountains between Albania and Greece in search of work, and left me his mobile phone. It felt like he was giving me a token for his safekeeping, and that incident was reworked into the book. I’ve listened to many Albanians recount their experiences of being in Greece,” Alkazraji said.

“I hope readers will be transported into another time and place and most definitely feel well entertained by the book, and that they might become more aware of the lives of others caught up in similar true circumstances in migration. I also hope they might take inspiration from the story to go those extra kilometres for someone else, when they may be the only person who can turn their situation around.” 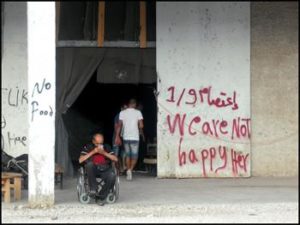 Another scene in Softex Camp in Greece

Speaking of the causes of the Migrant Crisis in Europe, Alkazraji said that in a world which is fallen, where states fail due to war, or mismanagement and corruption, where there is poverty and a lack of opportunity, or persecution people will seek to travel in search of a better life or flee for refuge.

“When I spoke to people at Idomeni Camp on the border of Greece and North Macedonia on the ‘Balkan Route’ at the height of the Migrant Crisis in 2015, there were those who fell into different categories. Afghan and Kazakh youths seeking employment, Christians fleeing persecution in Eritrea, and Syrian families quite simply fleeing the bombs. There seemed to be genuine push factors, plus a sense of open opportunity in northern Europe creating a bandwagon on which others were jumping, and people traffickers were seizing the moment to profit off it all.”

Alkazraji said the issues behind the Migrant Crisis are “those issues that individuals and societies have struggled with for centuries — since the beginning in fact.

“Where can people find peace and prosper? Can they find a place without enough of the consequences of human sin to build a liveable life? Can’t better societies be established here on earth? In the novel, two characters discuss what might have happened to a Syrian refugee family they passed in the north of Greece, and point to our real and final hope for such things.

In a quotation taken from Chapter 19 of ‘The Migrant,’  Alkazraji lays out the heart of the matter: ‘There are so many people searching for a better life, or a place where there is peace, just to call it home,’ said Mehmed. ‘I hope they’re nearer to it.’

‘Since the beginning; but it won’t always be so. There will come a time when: “Nations will not raise their swords against other nations, nor will they train for war any more”, to quote the prophet Isaiah, and when swords are made into ploughshares and each person can sit under his own fig tree in peace, and enjoy the fruit of his vine …’

‘Ah, Isaiah and Micah,’ said Jude. ‘From all tribes and peoples and languages … and “‘He will wipe every tear from their eyes. There will be no more death’ or mourning or crying or pain, for the old order of things has passed away.”’

Alkazraji was asked about an appropriate response to the influx of migrants into Europe.

“I think it needs wise discernment from the authorities. On the one hand, countries know their own needs for foreign labour and the mutual benefits, economic and cultural, which come to the migrant and the receiving country with that. A compassionate and humane society should give refuge too to the traumatised and vulnerable: this I think is understood as mandated by our loving Creator.”