Top Posts
Knowing the One Who Always Keeps His Word
Pregnancy Resource Centers Fight For Life Amidst Opposition
This World is Not Our Home
Lessons Learned From a Gingerbread House
Let There Be Peace on Earth
‘I Wanna Dance’ movie: Whitney Houston’s success and...
Fact Finding, Sight Seeing, and Prayer Walking
Kidney donation led to 8 life-saving surgeries
The Power of Curiosity
When Love Came Down at Christmas
Home Tags Posts tagged with "The Uniqueness of the Gospel" 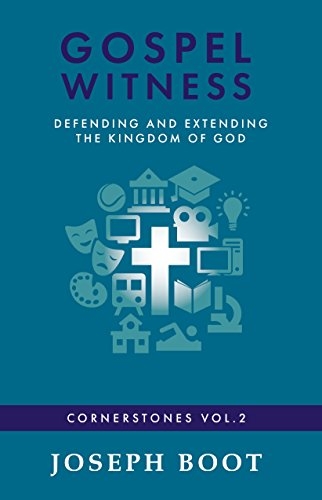 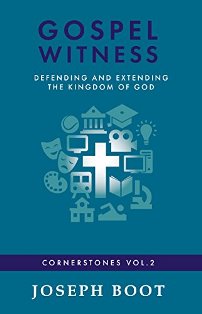 LONDON, UK (ANS – February 9, 2018) — The gospel of Christ is what the West needs now more than ever before. As with the threatening colossus of the Greco-Roman culture that cast such a dark shadow over the early church, today’s Christians face a similarly stark challenge in bringing the unchanging truths of the Bible to a world no longer believing it has any need for God.

In the second volume of his Cornerstones series, Gospel Witness (Wilberforce Publications), Joseph Boot reminds us that there is nothing new in the many 21st century substitutes for traditional Christianity. Everyone, he writes, is basically religious in that their worldview is driven by what they believe, even if it’s atheism, which simply amounts to saying, “I believe there is no God.”

In addressing academics, intellectuals and theologians, none of which I claim to be, the author nevertheless draws me into his conversation, profoundly arguing the case for a divinely-inspired Christian faith that has no equal, and which is the only means for changing a troubled world for the better. This was the unambiguous claim of Jesus, and was powerfully vindicated when his resurrection was witnessed by more than 500 people at the time, and by millions over the succeeding centuries who have been able to testify to his very real presence in their lives.

And he concludes with an example, perhaps unequalled in Western history, of a man who made the world a better place because his heart was changed. William Wilberforce worked all his political life for the emancipation of slaves, but it would never have come about without the freedom he discovered through an all-embracing commitment to his Savior once he was convinced of the truth of His claims.

Perhaps as never before since the Reformation 500 years ago, the exclusive claims of Christ are being hotly challenged by a society in which truth is being ‘redefined’ and re-invented on an almost daily basis. 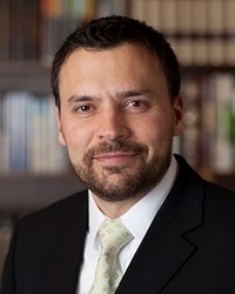 Boot writes: “Today we live in frightening and challenging times requiring new fathers in the faith ready to follow the example of Wilberforce and be a prophetic voice to the nation…It is safe to say that the depth of need and religious apostasy in our present culture easily rivals that of Wilberforce’s era, since our age is marked by a self-conscious and deliberate rejection of God’s creational order, scriptural faith and our Christian heritage.”

For individuals today therefore, as with Wilberforce, the gospel must penetrate and encompass every facet of one’s life and ambitions. It is not just an argument to be debated in rational terms, but an experience – and a person – to be shared!

“Jesus Christ is not merely a conclusion at the end of an argument. He is the argument and the conclusion…if we rest on our arguments and abilities, we will utterly fail, for it is Christ alone who is the wisdom and power of God (1 Corinthians 1:22-2).”