Top Posts
Colorado football coach Sanders’ unabashed faith
There’s A Light That Enters Houses With No...
Knowing the One Who Always Keeps His Word
Pregnancy Resource Centers Fight For Life Amidst Opposition
This World is Not Our Home
Lessons Learned From a Gingerbread House
Let There Be Peace on Earth
‘I Wanna Dance’ movie: Whitney Houston’s success and...
Fact Finding, Sight Seeing, and Prayer Walking
Kidney donation led to 8 life-saving surgeries
Home Tags Posts tagged with "Timisoara Romania"

TIMISOARA, Romania (ANS) — Since June 2006, the Alfa Omega TV channel has broadcast 24/7 by satellite over Romania and throughout Europe, free-to-air and available to any viewer.

Over the years, the Alfa Omega TV channel was introduced in all major cable networks in Romania, being included in the “must-carry” list of TV channel since 2010, the list that is established each year by our CNA (National Audiovisual Council).

“Every year, on average, we produce and translate over 1,000 hours of informative shows, prayer ministry programs, testimonies, films, documentaries, children’s programs, some of them being also distributed online,” said founder Tudor Petan. 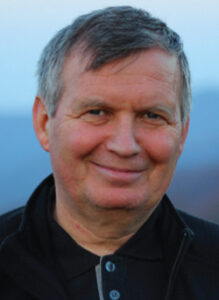 “Because we receive over 4,000 prayer requests every year, we produce and broadcast live every week on TV and online the show The Way, The Truth and The Life, when we pray and minister to the viewers,” Petan said in an e-mail update on the ministry.

“Over the years, we have produced over 20 series of programs: informative, teaching, prayer ministry programs, youth and children programs, and many video resources.

“We want to reflect what the Lord is doing in our country, that is why we have been and we are media partners for many Christian events and ministry projects in Romania, airing them on the Alfa Omega TV channel and online.”

“We are aware of the battle that is taking place for our children, so we broadcast daily two hours of programs specific to their age. The Superbook cartoon series is aired twice a day on our channel,” Petan said.

“The Alfa Omega TV channel focuses to present the Gospel and is a rich source of spiritual nourishment for those who want to know and fulfill the Scriptures. Many people were saved, set free, transformed and learned how to live by God’s principles, through the programs broadcast on TV,” Petan said, adding; “Using all the media outlets at our disposal, we promote Christian values in contemporary society. Our desire is to challenge Christians of all denominations to be salt and light where God has placed them. We are glad to see that our ministry has an impact on people’s lives and the resources produced or translated by us transform lives.” 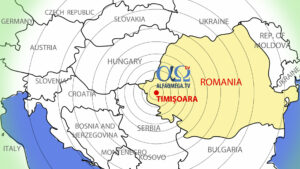 Petan said Alpha Omega thanks the Lord for His care and acknowledges that, without His help, they would not have been here today.

“Thank you to those who have been with us in prayer and financially.  Continue to be our partners in the mission through media work that Alfa Omega TV does for the Romanian nation since 1994!”

“On this anniversary, we can say ‘Eben-Ezer, thus far the Lord has helped us.’ We are thankful for the blessings He has poured out on the Alfa Omega TV channel, as a part of the Christian media ministry of Alfa Omega over the years. We thank God for our partners who supported us both in prayer and financially and made this miracle possible in Romania.”