Top Posts
Knowing the One Who Always Keeps His Word
Pregnancy Resource Centers Fight For Life Amidst Opposition
This World is Not Our Home
Lessons Learned From a Gingerbread House
Let There Be Peace on Earth
‘I Wanna Dance’ movie: Whitney Houston’s success and...
Fact Finding, Sight Seeing, and Prayer Walking
Kidney donation led to 8 life-saving surgeries
The Power of Curiosity
When Love Came Down at Christmas
Home Tags Posts tagged with "uncertain future" 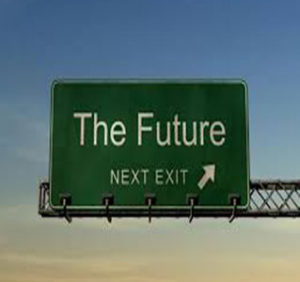 “For I know the plans I have for you, says the Lord. They are plans for good and not for evil, to give you a future and a hope”— Jeremiah 29:11 (TLB).

For me, the word “future” brings to mind two things: exciting new discoveries or the end of things as we know it. The first is an optimistic outlook; the second is pessimistic, depending on your view.

Recently, I ran into a friend, who like me, had been a professional photographer. His was a full-time job. I supplemented my teacher’s income with a sideline photography business. Our discussion led to reminiscing about film cameras, which have been almost completely replaced by digital. With today’s smart phones, not many own a camera these days.

In 1998, Kodak employed 170,000 and sold 85 percent of all photo paper worldwide. Within just a few years, their business model disappeared and they went bankrupt. Who could have predicted that?

Who could have predicted the typewriter would be replaced with the computer and that paper files would almost be usurped by digital ones? I learned to type in high school on a manual typewriter in 1970. By the time I began teaching in 1975, my journalism class was using electric ones to produce the monthly newspaper.

Speaking of newspapers, the latest research reveals that over 2,000 daily and weekly newspapers have closed their doors since 2004. The decline of one of the previously largest employers in America, according to “USA Today,” is attributed to the advent of the Internet.

While I occasionally look up a news article on the Internet, I still subscribe to a daily and a twice-weekly home town newspaper. Many younger people seek their news on the web, while those of us who grew up liking the feel of the newspaper in our hands still subscribe.

Should We Dread the Future?

Some people have to be dragged, kicking and screaming, into the future. I swore I’d never get a cell phone. Why would I want to be available anywhere and anytime via the phone?  Of course, I eventually gave in and purchased my first flip phone in 2002.

When Apple released their Smart Phone in 2007, I resisted the technology. As a writer, I spent enough time reading emails and doing research. I didn’t want to be connected to the Internet 24/7.

Then, in 2009, I caved. At the urging of other writing friends, I purchased my first smart phone. However, I discovered it was smarter than I am. In 2012, after repeated refusals to join social media sites, I signed up for Facebook. Again, it was at the urging of others who said it was a great way to share the news about my writing and my books.

We can’t stop change. However, as followers of Jesus, we don’t have to embrace every change, whether it’s technology or society’s acceptance of changes in lifestyles, family structure, culture and values.

But our rapidly changing world has led to more uncertainty and anxiety. According to Susan Silbey, Ph.D., a sociologist with the Massachusetts Institute of Technology, with a special interest in technology and societal change, the big difference between “previous times and today, is that in the past people looked to God to help them through difficult times.

“Several hundred years ago there were very few people who didn’t have some religion, which gave them an explanation of the world. But for many people today, that doesn’t exist as an answer anymore,” she added.

What is the Answer?

The answer is found in scripture. Jeremiah 29:11 says, “‘For I know the plans I have for you,’ says the Lord. ‘They are plans for good and not for evil, to give you a future and a hope.’”

Hope in a loving God who created us in our mothers’ wombs and who knows the number of hairs on our head loves us so much that He gave His One and only Son so that we might have everlasting life. Technology cannot compete.

I came across the following anonymous quote, which sums up our rapidly changing world and what God’s people need to remember: “We are living in amazing times, and the one thing technology cannot replace, is hearing the inner voice of the Spirit—the language of God’s love.”