Top Posts
Knowing the One Who Always Keeps His Word
Pregnancy Resource Centers Fight For Life Amidst Opposition
This World is Not Our Home
Lessons Learned From a Gingerbread House
Let There Be Peace on Earth
‘I Wanna Dance’ movie: Whitney Houston’s success and...
Fact Finding, Sight Seeing, and Prayer Walking
Kidney donation led to 8 life-saving surgeries
The Power of Curiosity
When Love Came Down at Christmas
Home Tags Posts tagged with "Voyage of Brendan McCurdy" 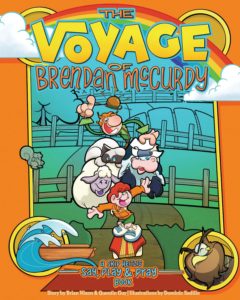 The Voyage of Brendan McCurdy, a Skip Heitzig Say, Play, and Pray book

ALBUQUERQUE, NEW MEXICO—Skip Heitzig’s Say, Play, and Pray book, The Voyage of Brendan McCurdy, was recently nominated as a finalist for the 2018 New Mexico-Arizona Book Awards.

As an organization promoting local authors and publishers throughout the Southwest, the New Mexico-Arizona Book Awards has recognized excellence in regional publishing since 2007. This is the first nomination for Connection Communications, located in Albuquerque, New Mexico and part of Calvary Church, where Skip Heitzig is senior pastor.

Editor of the book, Lorin Bentley, states, “I was surprised by the honor. While attending the co-op book meeting, I discovered The Voyage of Brendan McCurdy was on the list. The news was pleasing. The book was a project we did for Calvary Preschool, and to get some recognition for it is great.” 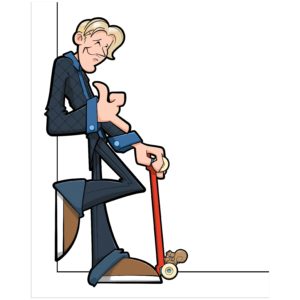 Book illustrator, Dominic Sedillo, agrees. “I remember when this project began several years ago. We didn’t get too far then. But with a recent push by the publishing team at Calvary Church, we released the book for the preschool. I enjoyed illustrating the artwork. It’s always fun taking a story and giving life to the characters. And let me say, this book has some fun characters.”

Co-writer of the story, Quentin Guy, states, “Co-writing the book was a delight. We had a fantastic story line and good characters. And integrating biblical and family-friendly topics is a plus. It’s nice to get some acknowledgement for our efforts.” 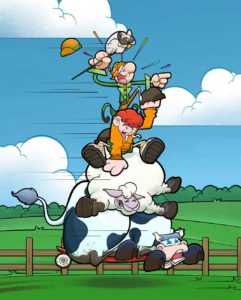 Following an introduction by Pastor Skip Heitzig (Say, Play, and Pray), the story shadows a boy named Brendan McCurdy as he discovers the reason for the rainbow. Picking up a host of characters along his journey, Brendan creates a skateboard ark while learning about the real Noah’s ark. The Voyage of Brendan McCurdy has a Wind in the Willows or Winnie the Pooh feel, appropriate for lovers of children’s literature.

The story is a family-friendly, finely illustrated, and biblical astute book for children ages 4-8.