Top Posts
Knowing the One Who Always Keeps His Word
Pregnancy Resource Centers Fight For Life Amidst Opposition
This World is Not Our Home
Lessons Learned From a Gingerbread House
Let There Be Peace on Earth
‘I Wanna Dance’ movie: Whitney Houston’s success and...
Fact Finding, Sight Seeing, and Prayer Walking
Kidney donation led to 8 life-saving surgeries
The Power of Curiosity
When Love Came Down at Christmas
Home Tags Posts tagged with "Wartime Ministry" 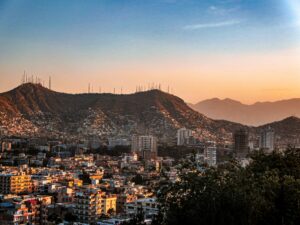 Houston, TX (ANS) – God is always at work, often in unusual ways and behind the scenes. He wants to empower His people to communicate the Good News of Jesus, make disciples and advance His Kingdom.  Sometimes we get to see His activities and results, and sometimes we do not.  The impact often shows up later, but we know that we can trust Him for the outcome.  In these uncertain and troubled times, we can have confidence that God knows what He is doing.  He has always, and still is, working all things after the counsel of His own will and has our best interest at heart.  In fact, God often does His most significant work during the most difficult times. 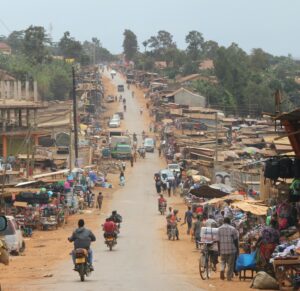 In 1967 in Kabul, Afghanistan, I was introduced to some new and different customs and cultural dynamics.  Being stationed at an Air Force base in a neighboring country, I had the opportunity of traveling to several surrounding countries in that part of the world.  During those years, I became more aware of the geo-political issues around the world.  In subsequent years I got acquainted with people doing business and mission work in some of the most difficult and troubled parts of the world.  The Lord used those experiences and relationships to prepare me for something I could not have planned for or foreseen at the time.

Most of the decade of the 1980s I worked with an international Christian publishing and broadcasting organization involved in 186 countries.  During the Soviet Union’s invasion of Afghanistan, we were involved in some mission work in the same region.  In collaboration with some media professionals, medical/relief, and humanitarian organizations, we were able to distribute Bibles and gospel literature among the Mujahideen freedom fighters and in the refugee camps of Northwest Pakistan.  During the course of those initiatives, we made some amazing and encouraging discoveries.  The USSR was assigning known Christian troops to duty in Afghanistan, which was the most undesirable place of service in their military complex at the time. 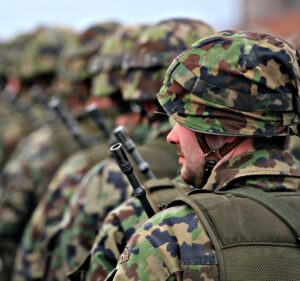 Soviet Troops can be Ambassadors for Christ

Amazed by the Work of God

It was a pleasant surprise to discover that there were at least 22 Bible studies taking place among the Afghan people in Muslim villages.  They were being led by Soviet troops.  This was obviously a very turbulent time for the people in that region.  When you think of a mission strategy being carried out in a Muslim country, during a Marxist revolution, funded by an atheist communist government, it is quite remarkable.  Only God could have arranged such an amazing Kingdom expansion effort.

Every Negative has a Positive

Throughout history there have been many developments that can only be attributed to the sovereign work of God.  One of my mentors during the decades of the 1970s and ‘80s was the missionary statesman and author, Norman Grubb.  He wrote many books and articles.  I think of his teachings and writings often when thinking about reaching people and carrying out God’s purposes.  He often emphasized the fact that every negative has a positive.  Furthermore, the more negative the negative, the more positive the positive.  That principle is a good one to keep in mind these days during this global pandemic, conflict and various other crises. 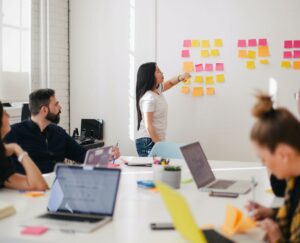 It is valuable to have vision, strategic plans, and goals and objectives, with metrics and measurements.  However, to walk by faith, not by sight, it is also important to have flexible plans.  In fact, it is good to be prepared for God to intervene, re-direct and change our plans at any time. He often has different, bigger and better plans than what we come up with.  He also has veto power over all our plans and strategies.  Thankfully, He has vetoed many of my plans.

There are many examples throughout history, as well as recorded in Scripture of how God has turned curses into blessings.  Our pain and difficulty can be turned into blessings and benefit.  It is true that every adversity does in fact have the seeds to an equivalent or greater benefit.  God used the persecution of the Early Church to spread the gospel throughout the entire populated world.  It was a time of great opposition to the gospel and many challenges.  It is encouraging to know that God is at work in our most troubling times.

For more information about water solutions or orality resources, visit  www.water.cc or www.orality.net