Top Posts
Colorado football coach Sanders’ unabashed faith
There’s A Light That Enters Houses With No...
Knowing the One Who Always Keeps His Word
Pregnancy Resource Centers Fight For Life Amidst Opposition
This World is Not Our Home
Lessons Learned From a Gingerbread House
Let There Be Peace on Earth
‘I Wanna Dance’ movie: Whitney Houston’s success and...
Fact Finding, Sight Seeing, and Prayer Walking
Kidney donation led to 8 life-saving surgeries
Home Tags Posts tagged with "Wilson Chowdhry" 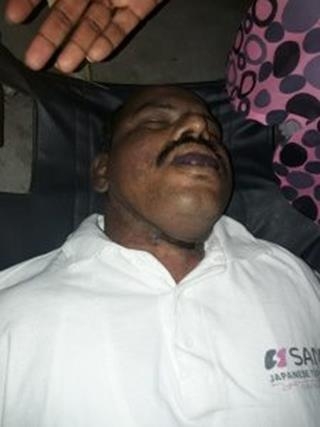 TAMIL NADU, INDIA (ANS – January 23, 2018) — A “prayer warrior” Indian pastor, who was known for his deep devotion to God and his 5-6 hours focus in prayer, was found strung up from the rafters of his church with visible scars of a torturous beating.

The British Pakistani Christian Association (BPCA) said parishioners at Maknayeem Church at Kovathur, on ECR Road, near Kalpakkam, Tamil Nadu, are calling for better police investigation as initially the death has been registered as a suicide “despite clear evidence to the contrary.” 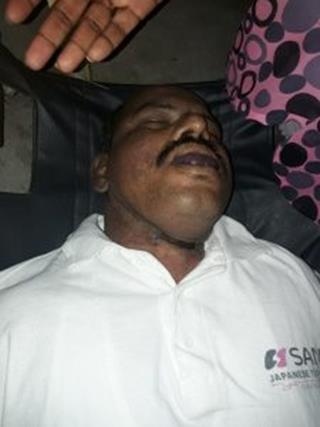 Pastor Gideon Periyaswamy (43 ) was brutally beaten and tortured before being murdered, and “his body was later hung up to be found by parishioners, in the killers’ attempt to remove a prominent pastor and terrify his parishioners,” said a member of the congregation.

Pastor Gideon had been ministering at Adaiyalacherry village for several years to a congregation of around 70 people. On Saturday, January 20, 2018, members of the church were making their way to the church building for a “prayer and fasting” meeting, when they noticed the gate was shut, a very unusual situation.

The members opened the gates to the church courtyard only to find Pastor Gideon hanging by the rafters of the church with a thin rope around his neck. Some of the parishioners searched the church for intruders and any evidence, while others set about trying to remove the rope that had strangled the unmarried Pastor Gideon to death.

In its report,  BPCA said that, on removing the rope, the frightened parishioners found a blood clot around the throat and neck area of Pastor Gideon where the main pressure from the rope had choked the pastor. Also, there were bruises and welts, but no other traces of blood on his body. Parishioners noticed that a gold ring was missing from the hand of Pastor Gideon, but do not believe the crime was a burglary as nothing else was touched in the whole building.

BPCA said Pastor Gideon had been receiving frequent death threats from radical Hindu groups, including RSS, who were said to have been concerned about the rapid growth of his church and they also accused him of  “forced and bought conversions.”

In 2017, the church building suffered severe vandalism to the roof of the church. On another occasion during last year, the water supply to the church that had been agreed and provided via a village panchayat (gathering of elders from both the Hindu and Christian community), was stopped, by removing the bore well.

BPCA stated police seem to be “dragging their feet” with the case, and have registered the case as a suicide. However, upset members of the church have been protesting on the East Coast Road calling for a more concerted attempt to catch the killers in what they perceive to be a clear murder. The church has now hired a solicitor (lawyer) who has asked for the post-mortem examination to be conducted on the pastor in the presence of a judge.

A parishioner, who spoke to the BPCA, described his fears, saying: “This attack has terrified our church parishioners to their core; the death is a brutal murder of a devout Christian Pastor who was more vulnerable because he was alone, and trusting of people. Pastor Gideon was well loved by all and we will all shed many tears for our lost brother.

“His murder has removed a dedicated, learned and very influential messenger for God from this earth, which is to the detriment of India as a nation.

“We will continue to attend church and will provide full support to our future pastor, but the gap left by Pastor Gideon is a huge one to fill. His death only makes us all more committed to the church – the killers can’t defeat God.”

Wilson Chowdhry, Chairman of the British Asian Christian Association, said: “Pastor Gideon is not the first Pastor to be murdered in India, and he will not be the last, but brave men like this should be respected and protected by India’s Government and the nation’s statutory agencies.

“By their lackluster efforts to catch the killers, our local police have illustrated the pariah status held by Christians in an ever increasingly polarized nation, under the Narendra Modi regime. 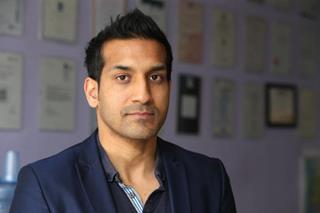 “The circumstances of his death, especially the removal of his gold ring, the lack of a suicide note, the visible bruising and numerous threats and previous incidents, all point in the direction of foul play. Intolerant local police are shamefully choosing to ignore tangible evidence.

“Exhibited police insouciance and apathy, when investigating crimes against Christians, serves to embolden radicals, who gain a sense of impunity, for as long as this continues we can only expect more crimes of this nature in India.

“In the long run this removes the fabric of society and eventually the Indian Government and its statutory agencies will regret their behavior, as such extremism will eventually impact on the different sects of Hinduism in the nation.

“The current situation is a slow regression towards a similar type of anarchy to the one that has palpably consumed Pakistan. I pray that the Modi regime loses the next election permitting a more egalitarian government to correct the perilous trajectory that BJP* are hurtling towards.”

** ASSIST News Service (www.assistnews.net  ), founded some 25 years ago by author, broadcaster and journalist Dan Wooding, exists to “give a voice to the voiceless” – our brothers and sisters in Christ who do not have a voice to tell the world of their suffering for Naming the Name of Christ at Work, at Home, or in the Marketplace. Would you consider a one-time or more frequent gift to help sponsor our unique News Service dedicated to providing news and feature stories about the Persecuted Church Around the World?  Please help as you can, by going to www.assistnews.net, and then scroll down to where it says DONATE TO ASSIST NEWS and then put in the figure you would like to donate towards our service. If you prefer a check, just make it out to ASSIST and mail it to PO Box 609, Lake Forest, CA 92609, USA, with a note in the memo section saying: ‘Where Needed Most.’ Thank you so much on behalf of the Persecuted Church.