Top Posts
Colorado football coach Sanders’ unabashed faith
There’s A Light That Enters Houses With No...
Knowing the One Who Always Keeps His Word
Pregnancy Resource Centers Fight For Life Amidst Opposition
This World is Not Our Home
Lessons Learned From a Gingerbread House
Let There Be Peace on Earth
‘I Wanna Dance’ movie: Whitney Houston’s success and...
Fact Finding, Sight Seeing, and Prayer Walking
Kidney donation led to 8 life-saving surgeries
Home Tags Posts tagged with "wishes" 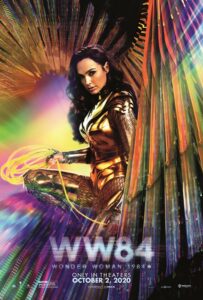 ORLANDO, FL (ANS)  Suppose you could have anything you ever wanted – fame, fortune, relationships, pleasure.  Would that make you happy?  A megalomaniacal global villain is tapping human desires to help him dominate civilization.  In 1984, Wonder Woman races to foil his dastardly scheme.

After multiple postponements – many COVID-related – Wonder Woman 1984 now has opened in North American theaters and on HBO Max December 25, with global releases also in December and January.

Perhaps most intriguing about this second Wonder Woman film is that Steve Trevor, the heroine’s World War One love interest who died in her first film, is back by her side in 1984.  Neither has aged.  (Amazons are immortal; U.S. Army pilots are not.) 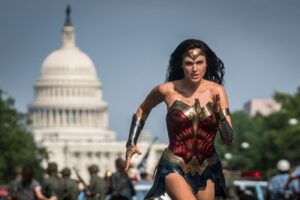 Consider the major players in this saga rooted in the 1941-launched comic book series:

“Life is good,” suggests Lord to audiences, “but it can be better, and why shouldn’t it be?”  Promises the tempter: “Citizens of the world, I’m here to change your life.  Anything you want, anything you dream of, you can have it.”  But, “Now, I take what I want in return.”

The consequences?  I won’t spoil the outcome of this fun, energy-filled feature for you.  But it did get me thinking about real life and human wants.

Yes, I suppose it could seem nice to have everything I want.  But in reality, that never happens, and lessons from desires denied have helped me learn to thrive with little or lots…and to discover that my wants may not always be best. 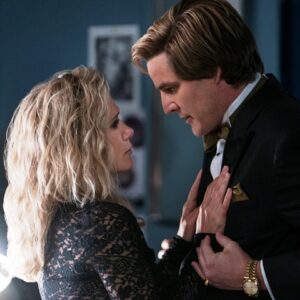 The esteemed British scholar, psychotherapist, and aristocrat Sir Mick Jagger famously counseled, “You can’t always get what you want.  But if you try sometimes, you just might find, you get what you need.”

Needs?  In a world of diverse life-management perspectives, this reassurance from an early follower of Jesus has helped me: “You can be sure that God will take care of everything you need….”  The guy was writing from prison.  He had endured beatings, stoning, shipwrecks, a day adrift at sea, hunger, thirst, and more.

I think I’ll stick with a relationship with God to help manage my wants and needs.  But WW84 is an entertaining diversion, and a useful stimulation to consider important life choices.

Oh, yes, and be sure not to skip the credits.

Rated PG-13 (USA) “for sequences of action and violence.”