Top Posts
Colorado football coach Sanders’ unabashed faith
There’s A Light That Enters Houses With No...
Knowing the One Who Always Keeps His Word
Pregnancy Resource Centers Fight For Life Amidst Opposition
This World is Not Our Home
Lessons Learned From a Gingerbread House
Let There Be Peace on Earth
‘I Wanna Dance’ movie: Whitney Houston’s success and...
Fact Finding, Sight Seeing, and Prayer Walking
Kidney donation led to 8 life-saving surgeries
Home Tags Posts tagged with "World Malaria Day" 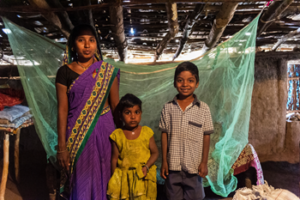 Gospel For Asia will provide mosquito nets like these

GFA will help support more than a thousand free “medical camps” in vulnerable communities lacking healthcare facilities across Asia, teaching families how to help prevent the spread of mosquito-transmitted malaria that claims an estimated 435,000 lives every year in tropical and subtropical regions.

“One of the most effective ways to prevent malaria is to sleep under a mosquito net,” said GFA founder Dr. K.P. Yohannan. “A mosquito net costs only $10, but due to extreme poverty, many families cannot afford to buy one, so children are left exposed to what could be a deadly mosquito bite. That’s why providing mosquito nets free-of-charge in the name of Jesus is a top priority for GFA.”

The Texas-based aid agency’s response comes as World Malaria Day highlights the ongoing catastrophic impact of the mosquito-borne disease, with the World Health Organization (WHO) reporting that progress in curbing malaria has stalled. Between 2015 and 2017, the estimated number of annual malaria deaths worldwide remained unchanged, WHO reports, stating: “Urgent action is needed to get the global response to malaria back on track.” WHO is currently field testing the first malaria vaccine.

This year, World Malaria Day – centered on the theme “zero malaria starts with me” – focuses on “empowering communities to take ownership of malaria prevention and care,” reflecting GFA’s community-based work in isolated villages across Asia where the disease affects millions of children and adults. Worldwide, 3.3 billion people living in tropical and subtropical regions are at risk.

Malaria is caused by parasites transmitted to people through bites of infected female mosquitoes, known as anopheles. In people lacking immunity – especially pregnant mothers and young children – symptoms appear 10-15 days after the bite. Symptoms include fever, headache, chills and vomiting. Severe cases in children can cause anemia and respiratory distress. Without treatment within 24 hours, certain types of malaria can kill.

Health workers at GFA-sponsored medical camps teach families the importance of sleeping every night under a mosquito net and making sure they remove stagnant water around their homes to eliminate mosquito breeding grounds.

In one village, Shara and her husband, Jitan, received a free mosquito net at a GFA-sponsored distribution through their local church. “My husband often suffered with malaria fever,” Shara said, “and that has made him physically weak. Now, this mosquito net will help protect us.”

Jitan described the net as a gift from God. “Christians not only pray for people but also fulfill the most urgent needs of our community,” he said.

To find out how you can help, go to https://www.gfa.org/donation/health-bundle