Top Posts
Colorado football coach Sanders’ unabashed faith
There’s A Light That Enters Houses With No...
Knowing the One Who Always Keeps His Word
Pregnancy Resource Centers Fight For Life Amidst Opposition
This World is Not Our Home
Lessons Learned From a Gingerbread House
Let There Be Peace on Earth
‘I Wanna Dance’ movie: Whitney Houston’s success and...
Fact Finding, Sight Seeing, and Prayer Walking
Kidney donation led to 8 life-saving surgeries
Home Tags Posts tagged with "World Watcfh Monitor"

DAMASCUS, SYRIA (ANS) — As the Syrian civil war enters what might be its last year, Christians are trying to rebuild in the face of an uncertain future, according to World Watch Monitor.

World Watch Monitor says the conflict, which grew out of the tiny spark of anti-government graffiti in March 2011, has claimed more than half a million lives. More than 11 million people have fled their homes; half of them have left the country. 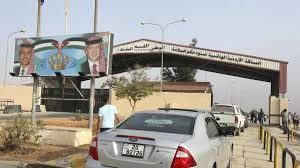 Border crossing between Syria and Jordan

Few have returned. In neighboring Jordan, which hosts more than 1 million Syrian refugees, only a few thousand have returned to their homeland in the five months since the opening of a vital border crossing between the countries, reported Al-Monitor.

Those who decide to go back find that the persecution they escaped is still there, according to Foreign Policy. They disappear in the prison system or are conscripted into the army. 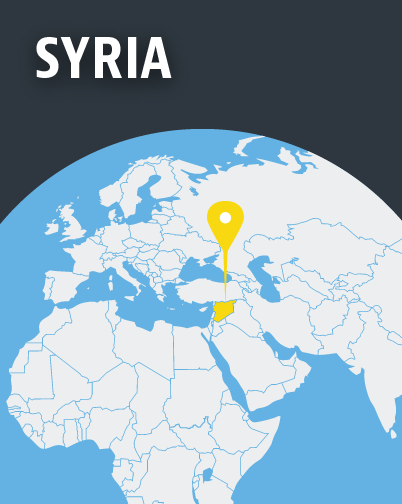 Many Christians fled the violence too, especially when Islamic State militants swept into the country and seized villages and cities. Before 2011, Syrian Christians comprised around 8-10% of a 22 million population, a 2017 report said; 80% of those Christians have since left.

Among those who remained is pastor Abdallah, 47, a father of two who runs a church in Aleppo, 370km north of the capital Damascus. He and his wife Aghna had the choice to leave Syria at the start of the war but they said they had to stay and do the best they could for their congregation.

“There were tough times”, he told Christian religious-freedom charity Open Doors. Three church members were kidnapped by rebels because of their faith, he said, and at one point the church was surrounded by heavy fighting.

“Men are also forced to join the army, and many either escape to other countries or remain hidden at home with depression and a lack of purpose or drive”, he said. Wives have been left to carry the load of earning income and raising children.

In its report, World Watch Monitor goes on to say the exodus of youth has left a hole in the social infrastructure that kept Aleppo working: many older people are now without the children who would have taken care of them and the church is aging. Christians in Syria assume the appearance of “a minority that grows old, in the face of uncertainty”, said Maronite Bishop of Damascus, Samir Nassar, in his lent message as reported by the Catholic news site Fides.

But the young have not entirely abandoned Syria. Said a Syrian teenager as quoted by Catholic news site Zenit: “I love my city of Aleppo, especially its churches, where you can see how badly our people have fought to lead good lives”.

Gabi Korajian, 18, lived with his family in Aleppo before the war. They fled to Damascus; two of his brothers were killed while serving in the army.

“I was so young, but our circumstances made me feel very old”, he said. “My family suffered enormously, and I could do nothing to help them. Since my brother’s death, we have all been praying for our safety”.

“I am now studying in Damascus, and I hope to become one of the greatest surgeons in the world. I have always wanted to be a doctor and help keep people alive”.

While rebel forces are slowly losing ground,  and some sources have said Islamic State in Syria has been defeated, questions remain about the fate of kidnapped Christians, including the three members of pastor Abdallah’s church.

Among them might also be the Jesuit Dall’Oglio and the Syrian Orthodox Archbishop Mar Gregorios Yohanna Ibrahim, who were both abducted by IS militants in 2013. Last week, the Lebanese newspaper al-Akhbar suggested the men were held by Islamic State militants in Baghouz, their last stronghold in Syria, as reported by Fides.

“The media tend to focus on high-profile church leaders. However, many ordinary Christians are also missing after being abducted or disappearing during IS occupation of areas in Syria and Iraq”, Henriette Kats, analyst at the World Watch Research unit of Christian charity Open Doors told World Watch Monitor.

“Many hope that soon, more will be known about their situation when the last IS bastion in Syria is taken”, she said. “However, it is also possible that they have long been moved outside of this area”.

“Other NGOs are stopping aid throughout Syria and many are suffering”, he said. He also has heard that banks have stopped transfers, and feels that the media doesn’t seem to shed much light on the difficult situation citizens are enduring.