Top Posts
Knowing the One Who Always Keeps His Word
Pregnancy Resource Centers Fight For Life Amidst Opposition
This World is Not Our Home
Lessons Learned From a Gingerbread House
Let There Be Peace on Earth
‘I Wanna Dance’ movie: Whitney Houston’s success and...
Fact Finding, Sight Seeing, and Prayer Walking
Kidney donation led to 8 life-saving surgeries
The Power of Curiosity
When Love Came Down at Christmas
Home Tags Posts tagged with "worship"

The Power of Facilitating Partnerships and Collaboration 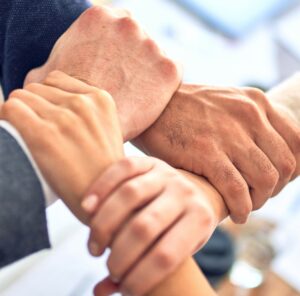 While spending time at the U.S. Center for World Mission in the 1980s (now Frontier Ventures) I got to know it’s founder, the world-renowned missiologist, Dr. Ralph Winter.  Among the many lessons I learned and quotes I heard from him was his thinking about cooperative and collaborative efforts.  In fact, he said he thought the most important role in the church and mission world was the partnership facilitator. It has been a joy to be a part of several coalitions, networks, and alliances over the years.  The phrase “Better Together” has become a common expression in contemporary society.

It’s hard to over emphasize the importance of teamwork and cooperative efforts.  Important elements are developing and maintaining trusting relationships and friendships. Studies have shown that skill and knowledge are not as important as character and the ability to meet and deal with all kinds of people.  That would include the ability to make and maintain healthy relationships.  Honesty, integrity, dependability, and respect are important.  In other words, Christlikeness encompasses all those attributes. 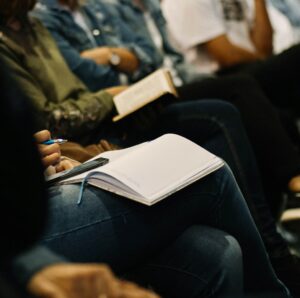 There’s value of learning together

In the Spring of 1969, as a freshman in college, I was introduced to the idea of selling books door-to-door as a summer job.  A man by the name of Raymond Francis convinced me that if I studied and worked hard, and followed instructions, I could earn a lot of money.  That turned out to be true and I enjoyed a five-year journey with The Southwestern Company (now Southwestern Advantage). In addition to earning a considerable amount of money for that time, and putting my wife and myself through college, the experience was more valuable than the money in the long run.

Learning how to meet and deal with all kinds of people, managing time and money, and other disciplines have been helpful.  Developing communication, management and leadership skills have also been beneficial in my academic and business endeavors, as well as ministry and mission activities, my Southwestern experience introduced me to numerous ideas, resources, mentors, and friends.  Many of those I’ve maintained contact with over the years.  One of those is a fellow bookman, Jim Potts, a successful businessman and owner of Lewis and Clark Outfitters, based in Northwest Arkansas.  Several years ago, Jim shared an idea that stuck in my mind, and I’ve shared with many others.  He said he likes to focus on “introducing people to people, and people to opportunities.”  That may seem like a simple concept, but it has profound implications and applications. 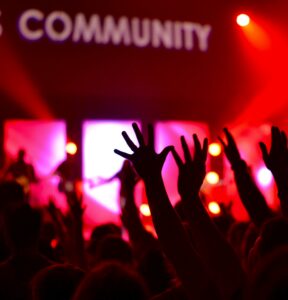 Worshiping together enhances unity and community

In the early 1990s, soon after moving to Houston, I was introduced to a man by the name of Landon Short.  He has since gone on to be with the Lord.  Landon had the reputation of being a master at introductions and networking.  He seemed to be the first to arrive and the last to leave meetings, of which he attended and participated in a lot.  He would often be heard saying, “I want you to meet someone.”  He was very intentional about introducing people and facilitating relationships.  In today’s corporate culture, he would be known as a “super-connector.”  Super-connectors are recognized as some of the most valuable people within various businesses and organizations, as well as churches.

There are so many simple activities anyone can engage in that have major impact.  Making introductions, cultivating relationship, and maintaining friendships are incredibly important.  One of my long-time friends and colleagues in ministry is Tom Victor, president of The Great Commission Coalition.  A few years ago, he told me about a meeting with one of the most successful church/mission leaders and prayer mobilizers in all of Southeast Asia.  When asked about the key to his success, this man said, “I make friends.”  Making and keeping friends is sometimes a challenge but is a worthwhile endeavor.  It’s one of the most important aspects for effective leadership. While knowledge and skill are important, it’s character that sustains friendships, relationships and produces fruitfulness in the long run. 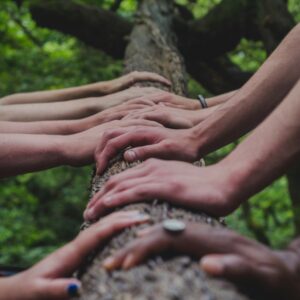 Many hands makes for lighter lifting

The Most Important Introduction 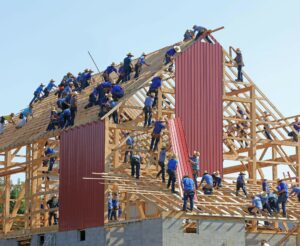 The impact of teamwork and cooperation

The most important introduction we can make is introducing people to Jesus.  Over the years people have told me they don’t have that gift.  However, it’s not a gift, but it’s the gospel that is the power of God unto salvation.  These days we have available a multitude of resources and tools to aid us in communicating the gospel and introducing others to Jesus.  In addition to personal conversations and engagement with people, we can give them a Bible, gospel literature, or a digital resource.  Years ago, I came across a quote, “God uses tracts, do you?” Of course, we know He uses all forms of communication.  The simplest, most economical, and very likely the most effective way of introducing others to Jesus is personally telling our story (testimony) and God’s Story.

One of the features that makes Orality training and methods so powerful is its simplicity and reproducibility.  The most basic thing that works everywhere is asking questions and telling stories.  When we ask good questions and listen to other people’s stories, they will often ask to hear our story, which can lead to God’s Story.  When followers of Jesus are properly trained in using Bible Storying and other Oral Art Forms, we can take the gospel to any place and people group on the planet.  Over the past decade with Living Water International’s Orality Training programs, we focused on equipping people, with just what is in their heads and hearts, that can be reproduced in the heads and hearts of others.  Of course, we want to use all means available, including print-based and various media resources, when available and culturally appropriate.

A Little Chip in a Mighty River 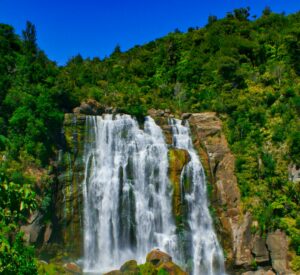 Another valuable lesson I learned from Dr. Winter was from a quote he made.  After receiving a distinguished award at a major mission conference, he said, “I’m just a little chip in a mighty river.”  We often hear the comment that a certain person is a great man or woman of God. revealed in the life and teachings of Jesus.  He taught that the son of man came, not to be served, but to serve others.  He said, “If you want to be great in God’s Kingdom, learn to be the servant of all.”  Also, we recognize that we don’t have to be great communicators or storytellers, because we have great stories to tell.  Sharing biblical stories and messages that are accurate with the Scriptures allows the Holy Spirit to touch hearts and change lives.  That is a liberating reality that should give each of us confidence in serving, sharing and ministering to others