Top Posts
When Love Came Down at Christmas
A Walk of Faith Begins with a Step...
God is Rich in Mercy
Everyone has a Story to Share
‘Till’ movie: Racial murder helped spark civil rights...
Leaning His Head On Jesus, This Evangelist Hears...
Timing, common ground, and fruitfulness in witness
Step Out of the Traffic
In Support of Ukraine
Living an Imperfect, Unfinished Life
Home ANS Feature ‘A Father’s Legacy’ movie: What was your dad like?

‘A Father’s Legacy’ movie: What was your dad like? 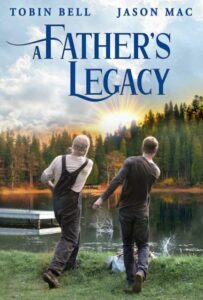 ORLANDO, FL (ANS)  Did you ever want to feel valued by someone special?  Or mourn losing a loved one?  Ever wish you could undo past decisions or take back hurtful words?  Maybe you know the right thing to do, but lack courage to do it.  The complex characters in A Father’s Legacy may resonate with you.

“This film was born out of one of the most difficult times in my life.  My father was my protector; a guardian I knew would always be there, and then one day he wasn’t. The loss forced me to look inside and really explore what it was to be a father. Too many young men have no male role model growing up, so I hope that becomes a lesson and learning from this film.” 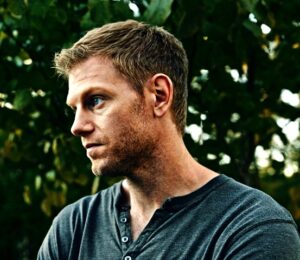 Nick (Mac) has made some bad choices.  With a pregnant young wife and rocky marriage, he’s exploring a career in robbery.  Running from the law, he encounters Billy (Bell), a curmudgeonly, elderly recluse with a complicated past, living in a secluded house in a forest.

If you were Billy, you’d be startled, too, when pistol-brandishing Nick bursts into your home demanding refuge…and bleeds on your couch.  Billy provides bandages for Nick’s bullet wounds – new career souvenirs – while assessing his own survival prospects. 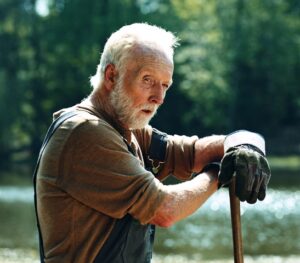 In a pivotal moment, Nick falls asleep and Billy starts to flee, then reconsiders and stays to care for Nick.  The two – ever so cautiously – begin to interact.

Fears and hurts emerge – raw and foreboding.  Will anger, bitterness and guilt make way for redemption and restoration?  Can transparency and authenticity lead to hope? 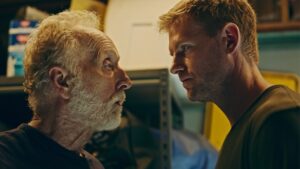 “I don’t trust anybody,” affirms disillusioned Nick.  “I don’t like people,” admits Billy.

This film gets viewers thinking about their relationships with their own fathers.  It did me.

I’m grateful that my late father loved, encouraged, motivated and disciplined me.  A true friend, who protected and provided.

As a teenager, I made some poor choices, lied about them – including to him – and nearly was expelled from secondary school.  When my deceptions collapsed and life crashed, he helped me sort things out and land on my feet. 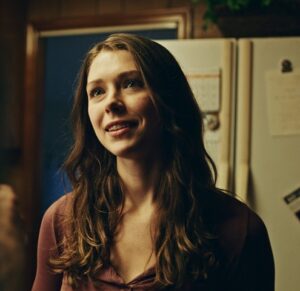 Many have noted that one’s father can greatly influence their perception of God – condemning, distant, unfair, or protecting and kind.  University of Central Oklahoma psychologist Alicia Limke-McLean summarizes that “…as children begin to form an idea of ‘God,’ memories that were originally associated with primary caregivers (often involving both parents) are attributed to an image of God.”

NYU Professor Emeritus of Psychology Paul Vitz argued in his Faith of the Fatherless: The Psychology of Atheism that an “atheist’s disappointment in and resentment of his own father unconsciously justifies his rejection of God.”

Two years after my teen crisis, during university, I discovered faith in Jesus.  My father’s model helped me intellectually and emotionally to be open to exploring God. 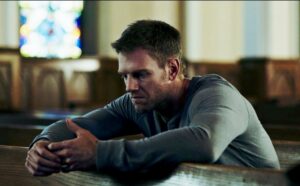 A Father’s Legacy weaves in spiritual struggles and solutions.  “How do you know [God] is even listening?” Nick asks his praying wife.  At Billy’s house, Nick finds an old Bible with a famous Psalm bookmarked: “But in my distress I cried out to the Lord; yes, I prayed to my God for help. He heard me from his sanctuary; my cry to him reached his ears.”

A Father’s Legacy is an emotional, thought-provoking drama.  As friction melts into friendship, we see the importance of fathers being there, teaching respect, doing the right thing, being an example, and seeking forgiveness and restoration. Not a bad Rx for a world filled with turmoil and conflict.

www.facebook.com/AFathersLegacyMovie   In US theaters June 17 only.