Top Posts
Knowing the One Who Always Keeps His Word
Pregnancy Resource Centers Fight For Life Amidst Opposition
This World is Not Our Home
Lessons Learned From a Gingerbread House
Let There Be Peace on Earth
‘I Wanna Dance’ movie: Whitney Houston’s success and...
Fact Finding, Sight Seeing, and Prayer Walking
Kidney donation led to 8 life-saving surgeries
The Power of Curiosity
When Love Came Down at Christmas
Home ANS Reports A Nigerian Christmas: No will or means to celebrate

A Nigerian Christmas: No will or means to celebrate 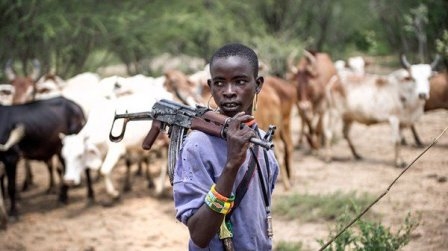 How do Christians under pressure for their faith celebrate Christmas? In the ninth installment of series from World Watch Monitor (https://www.worldwatchmonitor.org/) , we hear from Nigerians in central Plateau State affected by violence. 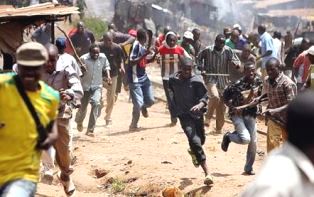 NIGERIA (ANS – January 1, 2018) — While the Islamist group Boko Haram has gained notoriety for its attacks on civil, military and Christian targets, a second source of violence has become a deadlier threat.

Disparate groups of armed ethnic Fulani nomadic herdsmen have attacked villages, homes and people in Nigeria’s verdant Plateau state as the Sahara Desert pushes south and water sources and good pasture become scarcer. The Fulani are mostly Muslim and often the land to which they move their herds belongs to agricultural farmers who are Christian.

In its story, World Watch Monitor says that therefore although the clashes are primarily about resources, they are being viewed by some through a religious lens, and the government’s perceived failure to protect or compensate farmers is seen as being a continuation of its ambivalence regarding protecting Christians and other civilians in the north of the country from Boko Haram. Many of the communities attacked by Fulani herdsmen say they have received no aid from government or charities. 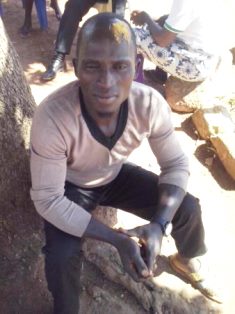 Solomon Dachung Danboyi lost four nephews in an attack in November on Diyan village in Riyom Local Government Area of Plateau state. Several other relatives were hospitalized. He said neither he nor the boys’ parents could think about celebrating Christmas. “We would only take out time to pray quietly in our home,” he said.

In addition, the family has suffered financially. “Our farmlands have been destroyed completely. Where do we get money to have a celebration? No one has come to our aid after the attacks: government, humanitarian organizations and individuals, including Christians, have all left us to our fate.

For barrister Sarah Dalyop, who lives in Jos, the costs mounted up as she and her family struggled to pay medical costs for two of her brothers and other relatives injured in a separate attack in Riyom. “Relatives had to contribute to transport the corpses of the victims who died in hospital back to their villages for burial,” she said.

The story goes on to feature Ive Malachi, who lost his sisters in the attack on Nkiedonwhro village in which 27 persons were killed in a classroom, said the State Emergency Management Agency, a charity called the Stefanos Foundation, and individual donors have provided essentials such as food and bedding to survivors. 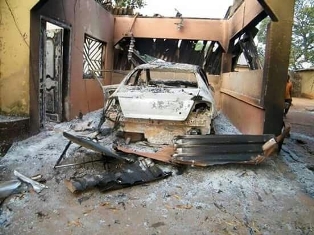 A visit from the Fulbe Christian Association of Nigeria, an association of Fulani Christians in Nigeria, went a long way to calm frail nerves in the community, he said.

However, he added, the memory of the incident still lingers, especially when the people pass by the mass grave that holds the remains of their loved ones.

World Watch Monitor concluded by saying at festivities planned to mark the New Year also were cancelled. “We have decided to shelve the annual New Year festival the community is renowned for,” Malachi said. “This we unanimously decided to do to honor our people that were killed in the attacks on Nkiedonwhro village.”

Photo captions: 1) Fulani herdsmen on the attack. 2) One of Ms. Dalyop’s brothers who was injured in the attack 3) Local government officials have been accused of complicity with herdsmen involved in the attacks, which have been going on for more than five years. 4) Dan Wooding as a baby, with his mother, Anne Wooding, shortly after his birth at Vom Christian Hospital in Nigeria in December 1940.

About the writer: Dan Wooding, 77, is an award-winning winning author, broadcaster and journalist who was born in Nigeria of British missionary parents, Alfred and Anne Wooding, and is now living in Southern California with his wife Norma, to whom he has been married for more than 54 years. They have two sons, Andrew and Peter, and six grandchildren who all live in the UK. Dan is the founder and international director of ASSIST (Aid to Special Saints in Strategic Times) and the ASSIST News Service (ANS), and is the author of numerous books. He also has two TV shows and a radio show, all based in Southern California. He has reported for ANS from all over the world, and during his one and only visit to Nigeria, he was imprisoned in Lagos for his reporting activities.