Top Posts
Colorado football coach Sanders’ unabashed faith
There’s A Light That Enters Houses With No...
Knowing the One Who Always Keeps His Word
Pregnancy Resource Centers Fight For Life Amidst Opposition
This World is Not Our Home
Lessons Learned From a Gingerbread House
Let There Be Peace on Earth
‘I Wanna Dance’ movie: Whitney Houston’s success and...
Fact Finding, Sight Seeing, and Prayer Walking
Kidney donation led to 8 life-saving surgeries
Home ANS Reports A Tale of Two Worlds That Have Become One

A Tale of Two Worlds That Have Become One 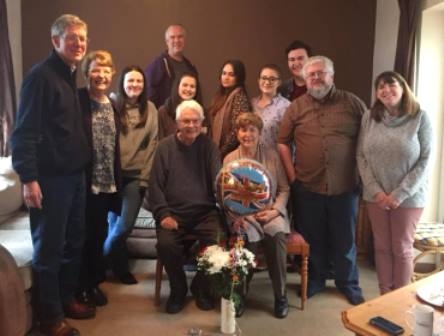 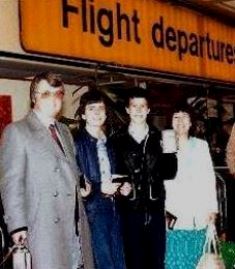 NORTH WALES, UK (ANS – April 3, 2018) — It was on June 28th 1982, that the Wooding family — Norma, Andrew, Peter, and myself — headed out from our home in Walton-on-Thames, Surrey, to London’s Heathrow Airport, to begin a new life in America and start serving the Persecuted Church there.

I had, for many years, worked in London’s newspaper industry then based in Fleet Street, known to some as “The Street of Shame,” and I had gone through a period of relative success as a reporter, but had also just about lost my faith in Christ, and was desperate to regain it.

It all changed one night in the smoky off Fleet Street “Stab-in-the-Back” pub, when an old friend, Irish-Canadian, Ray Barnett, had come into the notorious watering hole while I was again drunk.  He challenged me to re-commit my life to God, walk out on my career in the British tabloids, and go with him to Uganda, to write a book called Uganda Holocaust, about the terrible eight-years of misrule by Idi Amin, who was reported to have killed some 300,000 Ugandan Christians.

“Dan, you won’t get paid and you’ll probably get shot at,” he told me, and as he did, I thought that only a Christian could come up with an offer like that. 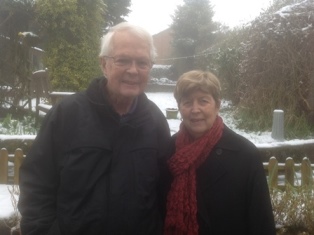 Ray went on to point out that I would be able to chronicle Christian history by working with him on the book, and there in that pub, I prayed to give my life back to Christ and handed in my notice. Within a short time I was traveling around war-torn Uganda to meet some of the most courageous people I had ever met.

At the end of that life-changing trip, I knelt by my bed at the Namirembe Guest House in Kampala, and prayed, “Lord, whatever time I have left, I want to be a ‘voice’ for Christians like those I have met here in Uganda. Please allow me to do so!”

After the book was published by Zondervan, I was then hired by Brother Andrew’s Open Doors ministry to travel around the world to write a series of books for his ministry. This included one called Brother Andrew, which was about the Dutchman’s Bible smuggling ministry to mainly the Soviet Union and Eastern Europe, and also the best-seller, God’s Smuggler to China, which I co-wrote with Brother David and Sara Bruce.

That extraordinary time lasted for two years, and then I was asked if I and the family would be open to move to Southern California so I could become Media Director for Open Doors USA.  After a family conference, we all agreed that we would make the “Big Move” across the “Big Pond,” and so began this new chapter in our lives.

We had initially agreed to stay for just three years, but as things began to develop, it kept on stretching out, during which I, along with Dr. Dale Kietzman, was able to start the Open Doors News Service.  I continued visiting some of the world’s most dangerous hot-spots to bring eye-witness reports on what was happening to some of our courageous brothers and sisters there and also do regular news updates on American radio and TV networks. 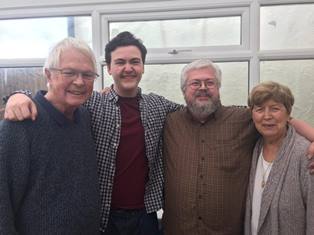 Both of our sons, Andrew and Peter, gave their lives to Christ during this earlier period and returned to the UK to train as missionaries with Youth With A Mission.  We were pleased they had found Christ in their lives, but saddened that they had both left us to go back to Britain.

Then, after this time with Open Doors, Norma and I launched out to start ASSIST (Aid to Special Saints in Strategic Times) which eventually became the ASSIST News Service.  ASSIST was committed to bringing news of our persecuted believers around the world and also other stories that would be of interest to Christians. It wasn’t long until I had been able to assemble a talented team of writers.

It was an exciting time, as many doors opened up for me in the United States which meant that I was able to share with listeners on my Front Page Radio show and viewers on my two TV shows, all kinds of unique material.

I even had the privilege of working with Billy Graham as a writer on several of his overseas crusades in Moscow, Russia; Essen, Germany, and San Juan, Puerto Rico, and covering many Hollywood events during which I was able to interview celebrities like Jane Russell, Bo Derek, Dolly Parton, Robert Duvall, Chuck Norris and Pat Boone. 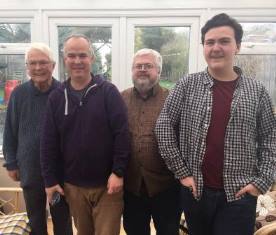 But age has crept up on Norma and I – she’s 76 and I’m 77 – and also my health hasn’t been too good lately, so we began to seek the Lord on what our next step should be to be able to continue ASSIST, but without the pressure that we both felt in the administration of it. Suddenly the name of Jeff Thompson of Mercy Projects, came into my mind. He was someone I had known for many years and he had a similar vision to that of ASSIST, and so I approached him and he willingly said he would be pleased to take over the ministry to run it.

So that meant that Norma and I – almost thirty-six years after we left the UK – were free to move back home to be with our two boys – Andrew and Peter — two daughters-in-law — Sharon and Alison — and six grandkids, but also being able to continue with much of my media work from over here.  So on Wednesday, March 28, 2018, we flew from LAX to London and then onto Manchester, and already we’ve had a wonderful time with all our family with some moving gatherings.

Of course, the weather here has been quite a shock for us, as for instance, this morning, we awoke to be greeted by snow blanketing the back yard of Peter and Sharon (his wife’s) home in Buckley, North Wales, where we are initially staying. (When we left Los Angeles, it was 78 degrees Fahrenheit).

We are thrilled that Jeff Thompson is planning to join us this week en-route to Kosovo and Ukraine, so we can continue our discussions about the future direction of the ASSIST News Service, and then on Friday, Peter joins Jeff to report on the trip for both the Global News Alliance and ANS.

So here we are in North Wales, a lovely part of the UK, looking for a home and starting this latest chapter of our most unusual 55 years of marriage, and dealing with new health challenges, but thanks so many friends praying for us, we are actually quite excited being back in the Old World, where we were raised, and it seems that both the Old World and the New World have become One!

In closing we want to thank you for your faithful prayerful support for us during this transition.  We look forward to continuing to bring you many stories of what God is doing around the world. 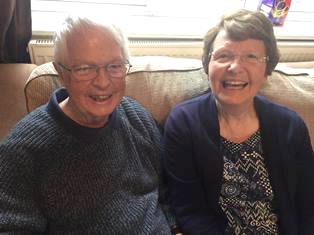 About the writer: Dan Wooding, 77, is an award-winning author, broadcaster and journalist who was born in Nigeria of British missionary parents, and who has just moved back to the UK after living in Southern California for 36 years with his wife Norma, to whom he has been married for more than 55 years. They have two sons, Andrew and Peter, and six grandchildren who all live in the UK. Dan is the founder and international director of ASSIST (Aid to Special Saints in Strategic Times) and the ASSIST News Service (ANS). He is also the author of numerous books and has reported widely from around the world for ANS. Dan has a radio show and two TV programs all based in the United States.