Top Posts
When Love Came Down at Christmas
A Walk of Faith Begins with a Step...
God is Rich in Mercy
Everyone has a Story to Share
‘Till’ movie: Racial murder helped spark civil rights...
Leaning His Head On Jesus, This Evangelist Hears...
Timing, common ground, and fruitfulness in witness
Step Out of the Traffic
In Support of Ukraine
Living an Imperfect, Unfinished Life
Home ANS Reports A Valentine’s Card from Heaven 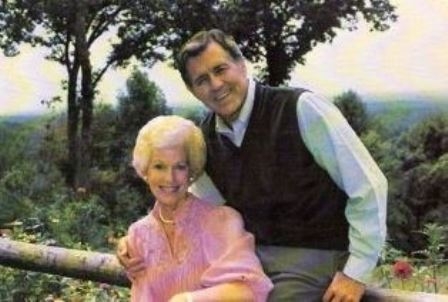 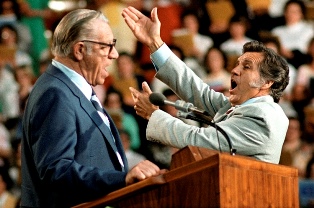 CHARLOTTE, NC (ANS – February 13, 2018) — If you have ever attended a Billy Graham crusade, you will have marveled at the way Cliff Barrows, Music and Program Director for the Billy Graham Team for more than 60 years, led the congregational singing and crusade choirs around the world.

During that time, Cliff Barrows was one of the most vital components — and most recognized faces and voices — of the Billy Graham Evangelistic Association’s worldwide ministry, and sadly, we lost this wonderful man at the age of 93, on Tuesday, November 15, 2016, when he passed away at the Carolinas Medical Center, in Pineville, North Carolina, following a short illness.

But now, as we approach Valentine’s Day tomorrow (Wednesday, February 14th), I thought I would share with you how he once told me the moving story of how his late wife, Billie, sent him a “Valentine’s Card from Heaven.”

In an extraordinary interview that I conducted with him for my “Front Page Radio” program on KWVE 107.9 FM in Southern California, Mr. Barrows reminisced about the extraordinary time Billie, sent him a that card.

He said it happened after one of the “most difficult times” in his life when he discovered that Billie had cancer. 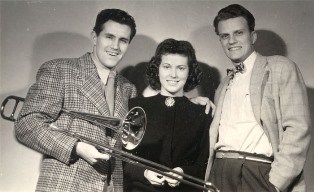 “We had fifty wonderful years together, and when you’ve been married to someone that long who has shared your life; the burden of the ministry as well as bearing five children through our union and seeing this develop into 24 grandchildren, it was very difficult to deal with the news,” he said.

“She came down with cancer and it metastasized in 1991 and went into her liver and then she lived until December of 1994.  She passed away just before Christmas and just before she did, she knew she didn’t have long and so at Christmas time, she had written a Valentine’s Card and gave it to my daughter to mail so it would get me wherever I on that day.”

An Air-Mail special delivery from heaven

He went on to say, “She knew I’d be continuing the meetings and she wanted me to receive it on Valentine’s Day.  She wrote it as though she was home with Jesus and she was in Heaven and she was rejoicing in His presence. I had gone to Auburn, California, with Roger Flessing to do some television work there and, on Valentine’s Day, I walked into the hotel and, there, waiting for me was a card.

“Somebody had brought it into my room laid it on the desk. It was from my Billie and it was as though God had sent it air mail special delivery from Heaven. And I got it on Valentine’s Day.  It was a very moving experience for me and then shortly after that, God brought into my life a beautiful young lady that God in His divine providence was providing for me even long before I knew I was going to need somebody. He had provided Ann Prince who God brought into my life.” 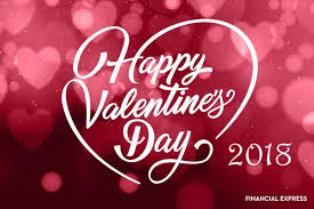 That story from Cliff Barrows will stick with me forever, and I hope it has blessed you as well. Because of it, I would like to ask you to prayerfully consider making a special Valentine’s gift to ASSIST, so we can continue to tell the stories of the millions of persecuted Christians around the world.

It would be your way of showing your love for these special brothers and sisters, living out their faith in great danger in countries like North Korea, Syria, Iraq, Iran, and Pakistan.

All you have to do is to go to www.assistnews.net and scroll down the page to where it says DONATE TO ASSIST NEWS, and put in the amount you would like to donate to our unique news service (tax-deductible in the US). It could be $25, $50, $100, or more, as every dollar you give allows us to continue with our vital work.

If you prefer a check, just make it out to ASSIST and then mail it to PO Box 609, Lake Forest, California, USA, and we will be so appreciative of your generosity at this period in global history, where so many are suffering for following Christ. Thank you for standing with us at this time.

Photo captions: 1) Cliff Barrows enthusiastically conducting a huge choir (and George Beverly Shea) at a Billy Graham crusade. 2) An early picture of Cliff and Billie Barrows with Billy Graham. 3) Happy Valentine’s Day. (Financial Express). 4) At the NRB in Anaheim with Peter Wooding, my younger son, Ann and Cliff Barrows and myself. It was the last time I met Cliff Barrows. 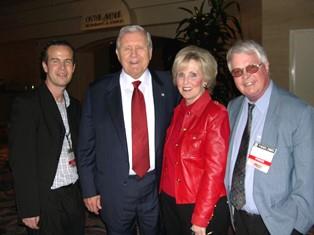 About the writer: Dan Wooding, 77, is an award-winning author, broadcaster and journalist who was born in Nigeria of British missionary parents and is now living in Southern California with his wife Norma, to whom he has been married for nearly 55 years. They have two sons, Andrew and Peter, and six grandchildren who all live in the UK. He is the author of some 45 books and has two TV programs and one radio show in Southern California. Dan has had the privilege of being part of Billy Graham’s media team in Moscow, Russia, Essen, Germany, and also in San Juan, Puerto Rico. He even wrote the cover story on Billy and Franklin Graham for the Saturday Evening Post.