Top Posts
Knowing the One Who Always Keeps His Word
Pregnancy Resource Centers Fight For Life Amidst Opposition
This World is Not Our Home
Lessons Learned From a Gingerbread House
Let There Be Peace on Earth
‘I Wanna Dance’ movie: Whitney Houston’s success and...
Fact Finding, Sight Seeing, and Prayer Walking
Kidney donation led to 8 life-saving surgeries
The Power of Curiosity
When Love Came Down at Christmas
Home ANS ReportsCulture Interview with British actor Christopher Lee-Power 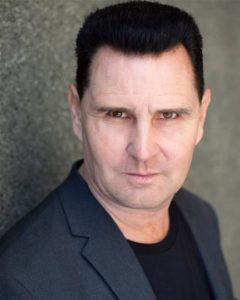 ALBUQUERQUE, NEW MEXICO—I’m not an actor. But I recently had my first acting cameo in a pilot TV show filmed in Albuquerque.  I played the ex-boyfriend of the lead actress. My character was a snobbish poet with a semi-condescending attitude.  When I was rehearsing the lines at home, I thought to myself:  this can’t be too hard.  Boy was I wrong.  Once the camera was on, it seems as though I lost all memory of everything: lines, place, and positioning.  Luckily the other actors and actresses were seasoned and coached me along.  My respect for the profession of acting jumped several notches.

Because acting is both a craft and art, I enjoy it when I come across an actor whose honed the skill to a professional level, particularly if the actor or actress is a person of faith. Christopher Lee-Power is such a person.

As a small child, Christopher, who was born in Birkenhead, near Liverpool, found it difficult at school after being diagnosed with hyperactivity, speech problems, and lack of coordination.

“I remember how frustrated I would get when I was asked to write down answers to the teacher’s questions”, he said.

Lee-Power grew up on a council estate in the 1980′s and left school without any qualifications. His mom and dad were involved with entertainment and would travel the UK with a drummer and pianist.

“My mom would sing country and western songs, and I have fond memories of her singing Blanket on the Ground by Billie Jo Spears. My dad would be dressed in a compare suit, which consisted of black trousers and jacket with a white shirt and bow tie, he would also sing”

Life on its head

Christopher became a Christian in 1986 and decided to return to education, attending a performing arts college. It was here that he had a chance introduction to acting that would once again turn his life on its head, this time for the better.

“I met a gentleman named Ron who was in the second year and doing some Shakespeare. He asked me to help him out with his lines. Ron had a great voice and within me was a desire to be like him”.

Ron took Christopher under his wings, and together, they worked on developing Christopher’s skills, including his voice and reading. 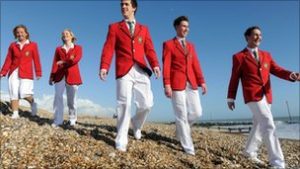 “When I was 19 years old, I was offered a job at Butlins (a famous holiday camp in the UK) as a Red Coat. I remember working long hours at The Grand Hotel in Scarborough but only lasted for three days. I was home sick and so I returned home”.

His interest in acting continued at home, and took another turn.

“I had an unfortunate beginning in life which affected my education. However, I had the support of various people when I was a teenager and it was this support that enabled me to pursue my ambition which was to be an actor.”

Oxford diploma and life as an actor

In 1996, Christopher won a place a Richmond Drama School and graduated with an Oxford Diploma for acting. He also took a short course at RADA. Since leaving, drama school, Christopher has had the opportunity to appear in Shakespeare plays, as well as roles for BBC, ITV, and channel 4.

Christopher has many credits to his name, including a forthcoming film called ITILY with actor Will Kemp, directed by Agnes Fernandes.  Lee-Power has given many TV and radio interviews, including appearing on BBC1’s Rip-Off Britain and The One Show. 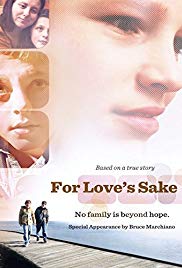 Over the last few years, he has been in an award-winning film, For Love’s Sake, playing Colin Jarvis. And later, Mark Anthony, in Caesar. Christopher also filmed 9 episodes as a lovable villain called Mr. Bosanti Crayco in Jovis Bon-Hovis and the Creation Crew. One of the episodes Christopher appeared in was nominated for the best comedy award. Christopher is playing another villain in a new fantasy film to be filmed later this year.

Engage the arts with wisdom

I ask Lee-Power about being an actor and a Christian.

Jovis Bon-Hovis and the Creation Crew

“Sometimes I may do a faith film but most of the time I work professionally in mainstream acting which may include, theatre, film, and radio. I am called to be salt and light in an industry that can be difficult. Over the years working as an actor, I have come to realize how important it is to pray regarding the roles I take on. So, if it was a gritty role then I would ask why it is gritty and what is the message.”

What if a character in a play or film doesn’t represent your personal views, would you take the role?

“We need to be the best actors we can be and do our job professionally. If I am to play a drug addict or murderer in a movie, so be it. I will do the role to the greatest of my ability as I am using the gift God gave me and this brings glory to God.” 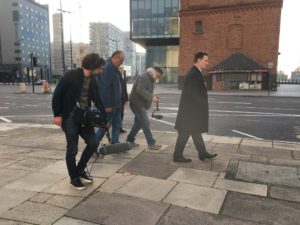 How do you view your role as a professional actor working in mainstream media?

“As a Christian, I am an ambassador for Christ, but also am called to use the gifts God has provided; to earn a wage.  Furthermore, the Bible is full of excellent stories that deal with various themes, emotions, and challenges, showing real life.  And when I sit down and read about some of the characters in the Bible, it is truly an eyeopener to how strong and sinful these characters were. The Bible isn’t sanitized for us.”

How do you choose your roles?

“My process is to pray about the roles I’m offered, and if it is a challenging one, then ask why and what the message that I am conveying is, even if it is showing the world the consequences of that person’s journey. I’m reminded of Paul the Apostle in this regard.  Paul teaches us through his letters the consequences of his action: a persecutor of Christians, and one in need of redemption.  Likewise, as an actor, my calling and duty is to teach–through the roles I portray–something to an audience, to reveal what it mean to be human.”