Nashville, USA (ANS) – Journalist Peter Wooding is planning to attend the National Religious Broadcasters Convention in Nashville in March 2022 in memory of his father and ANS Founder Dan Wooding. 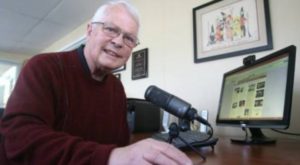 The event will take place just a few days before the second anniversary of the passing of Dan who passed away at the age of 79 on March 18, 2021 after battling cancer.

“I have so many special memories of attending NRB with my dad and working on countless ANS stories together. It was always amazing to see how he could switch on whenever he interviewed someone and was always able to bring out the best in people with his great journalistic charm,” said Peter Wooding 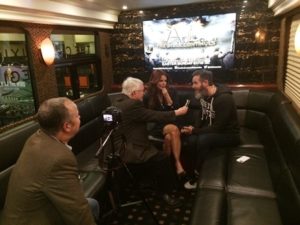 He added: “When I realised that next year’s NRB is close to two years since my dad’s passing I really wanted to make every effort to be there and gather ANS stories in his honour.”

“Last time I attended NRB in 2019 just a few weeks before he went on to his reward so many of his friends from over the years recorded very emotional tributes to his life including Mercy Ships Founder Don Stephens, Joni Eareckson and Larry Ross.”

Peter is appealing for sponsors to help cover the costs of him to attend NRB in his father’s memory.  Donations can be made online at: https://donorbox.org/mercyprojects_assistnews