Top Posts
Knowing the One Who Always Keeps His Word
Pregnancy Resource Centers Fight For Life Amidst Opposition
This World is Not Our Home
Lessons Learned From a Gingerbread House
Let There Be Peace on Earth
‘I Wanna Dance’ movie: Whitney Houston’s success and...
Fact Finding, Sight Seeing, and Prayer Walking
Kidney donation led to 8 life-saving surgeries
The Power of Curiosity
When Love Came Down at Christmas
Home ANS Reports Armageddon Ahead! 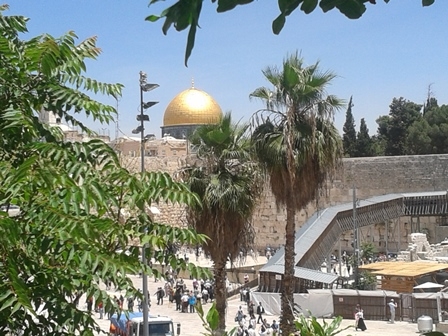 Apocalyptic battle will be over the status of Jerusalem 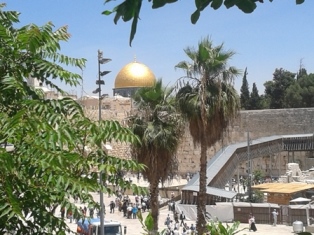 LONDON, UK (ANS – January 6, 2018) — In the wake of the worldwide denunciation of President Trump’s earth-shaking decision to recognise Jerusalem as Israel’s capital, nations are now queueing up to follow his lead.

And yet, even while archaeological finds further confirm Jewish connection to the city over thousands of years, the UK and other major European powers stubbornly refuse to face reality.

In joining the predictable chorus of disapproval at the UN, the British people are in ever-increasing danger of being numbered among the goats of Judgment Day referred to by Jesus in the gospel of Matthew (25.31-46).

This passage is widely interpreted to relate to how the peoples of the world have treated God’s chosen race — the “brothers and sisters” (in the flesh) of our Saviour, who was born the King of Israel (Matthew 2.2) and is coming back as the Lion of the Tribe of Judah (Rev 5.5).

Isaiah writes: “For the nation or kingdom that will not serve you will perish; it will be utterly ruined.” (60.12; see also Micah 5.15)

On my latest tour of Israel, I learnt a fascinating lesson that I believe relates to this important passage (Matthew 25) – that sheep keep the grass neatly cut with their grazing while goats pull it out by the roots. In the same way, true disciples of Jesus, the Great Shepherd, should follow him closely and feed on the rich pasture he has provided that is nourished by the Law of Moses along with the patriarchs and prophets of Judaism. The goats, on the other hand, cut themselves off from the roots of their faith, as a result of which their pasture withers and dies. (See Romans 11.17f)

Actually, the US Congress voted to recognise Jerusalem as Israel’s capital 22 years ago, but successive Presidents have simply put off implementing the decision until now. And Czech President Milos Zeman has accused EU states opposing this stance as “cowards”.1 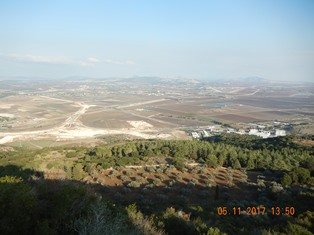 Even Arab commentators are encouraging their people to accept reality. A Saudi academic, for example, has called on Arabs to recognise Jerusalem’s sanctity to Jews. Abdulhameed Hakeem, head of the Middle East Centre for Strategic and Legal Studies in Jedda, told US-based Alhurra Television that Trump’s move constitutes a “positive shock” to the peace process, adding: “We must recognise and realise that Jerusalem is a religious symbol to Jews and sacred to them, as Mecca and Medina is to Muslims.”2

And in an article last year he stressed that Israel and Saudi Arabia faced a common Nazi-like threat in Iran3, which has reportedly pledged every assistance to terror group Hamas in “the battle for the defence of Jerusalem.”4

With its efforts to make good on a long-promised boast to wipe Israel off the map, Iran continues to be a serious threat (despite encouraging protests from within the rogue regime), establishing a military base in Syria while at the same time supplying terror group Hezbollah with a huge stash of weapons on Israel’s northern border.

So with the nations as a whole setting their face against Israel, and denying their right both to the land and their capital, the stage is being set for the battle of the ages. According to the Bible, it will take place at Armageddon (or the plain of Jezreel) in northern Israel (Revelation 16.16), but the trigger will be Jerusalem.

Although physical in nature, it will in reality be more of a spiritual conflict determining who is ultimately in charge of the ways of men and the world. Elijah of old was engaged in a great battle with 400 false prophets in this same region, and he won hands down with only God on his side – which is all he needed, of course. (See 1 Kings 18) Frustrated at the idolatry of his people, the prophet famously laid down the rules for the contest: The God who answered by fire would be the victor. And sure enough, the fire of the Lord burnt up the sacrifice and the people changed their mind about their allegiance. 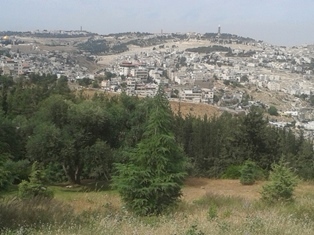 That bloody contest – all the false prophets were subsequently slaughtered – took place on Mt Carmel which, as it happens, overlooks Armageddon where the final great battle will be enacted, quite possibly in the very near future especially since, as the prophets have foretold, it will be over the status of Jerusalem. (See Zechariah 12.2f)

It may come as a surprise to some that Jerusalem is God’s very own city – he effectively owns it; it bears his name. (See Daniel 9.18f & Nehemiah 1.9) But false deities, with the connivance of numerous world powers, refuse to acknowledge this. They are setting a trap into which they will fall!

Jesus lamented over Jerusalem because of their rejection of him, but at the same time prophesied their ultimate acceptance of his rule (Matthew 23.39). He has not finished with Jerusalem; he will come back just as he left (Acts 1.11).

Further confirmation of Israel’s claim to the land has come from recent archaeological finds. A replica of a first-century coin, dated 67 AD and containing the inscription ‘Jerusalem the Holy’, was held up at a session of the United Nations Security Council by Israel’s Ambassador to the UN Danny Danon.5 And a seal owned by Jerusalem’s governor some 2,700 years ago has been unearthed near the Western Wall. It contains an inscription in ancient Hebrew and supports the biblical rendering of the existence of a governor in the city at the time.6

Speaking of the find, Jerusalem Mayor, Nir Barkat, said: “Jerusalem is one of the most ancient capitals in the world, continually populated by the Jewish people for more than 3,000 years.”7

Another recent find — 1,300-year-old coins from the Islamic Umayyad Dynasty imprinted with an image of the menorah from the Jewish Temple — shows that early Muslims acknowledged the city’s Jewish identity. According to Assaf Avraham of Bar-Ilan University, they adopted the Jewish narrative and symbols for their own.8

At the end of the day, Jews from all over the world are returning to their roots in fulfilment of many ancient Scriptures. The much-acclaimed film Lion tells the moving story of a five-year-old Indian boy, Saroo (“Lion”), who got lost after becoming separated from his older brother, and was eventually adopted and brought up by loving ‘parents’ in Australia. But it didn’t stop the grown-up Saroo going to extraordinary lengths to trace his roots and find his beloved mother. 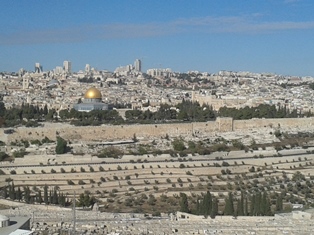 Yet despite all the evidence supporting Israel’s claim, Palestinian leaders simply refuse to accept the truth. In the year 2000, Yasser Arafat turned down the chance of a comprehensive peace deal because he refused to recognise Jewish historical ties to Jerusalem’s Temple Mount. “The Jews never had a Temple at the site,” he said at the time.9 The entire Palestinian narrative is based on a lie that would be recognised by children at kindergarten. And yet world leaders don’t get it!

But they must get used to the idea. The God of Israel is the history-maker and has chosen the Jews to inherit the land he has promised them. That there would be an almighty battle over the territory was always part of the script. The prophets warned that this would happen, but that Elohim (God) would be the ultimate victor, “watching over his word to perform it.” (Jeremiah 1.12)

The Messiah is waiting for that day — and I pray it will come soon — when his ancient people greet him once more with gladness, saying: “Blessed is he who comes in the name of the Lord!” (Matthew 23.39, Psalm 118.26)

4Times of Israel, quoted by United with Israel December 28, 2017