Top Posts
Johnny Cash movie: His life, loves, challenges and...
A Walk of Faith Begins with a Step...
God is Rich in Mercy
Everyone has a Story to Share
‘Till’ movie: Racial murder helped spark civil rights...
Leaning His Head On Jesus, This Evangelist Hears...
Timing, common ground, and fruitfulness in witness
Step Out of the Traffic
In Support of Ukraine
Living an Imperfect, Unfinished Life
Home ANS Feature Beijing’s Christians expected to ‘behave’ and ‘lay low’ during Winter Olympics

Witney, England (ANS) – As the Winter Olympics are launched this week, church leaders in Beijing say they are preparing to
keep a low profile to avoid coming into conflict with Chinese authorities, according to the Christian persecution charity Open Doors. 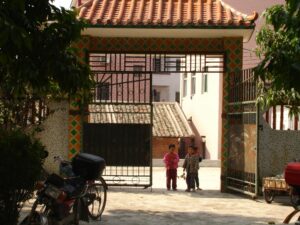 Entrance to a house church in BaaiYun-district

“We know that we should not be ‘active’ during this kind of event,” says Pastor Huang* from Beijing.

“We know how we should behave during this time. And that is to lie low.”

According to Zhang Wei* a local contact for Open Doors, “At times of major events like this, ministers are warned to ‘behave’, ‘be quiet’ and ‘remain invisible in the public domain’. If the churches do not comply their church meetings run the risk of being stopped.” By now, Beijing’s churches know what to do,” he says.

During celebrations for the National Day of the People’s Republic of China last year, there were reports of authorities making regular calls to house church pastors to reiterate their ‘boundaries’.

“They were basically expected to lay low and do very little,” says Zhang Wei. “Meeting in smaller groups is tolerated, but larger church events are frowned upon.”

Pastors who are suspected of conducting church activities other than low-profile regular Sunday services can be forced to have what are known as ‘tea meetings’ with local party officials.

“For ordinary believers, the consequences may be just warnings or registration of their ID,” says Zhang Wei.

“For leaders and pastors, they can be interrogated for hours, detained overnight and fined. There can be more severe consequences if the churches resist the authorities and cause disturbance. If ever the pastor/church leader is found out that he pushed through with conducting church services, he can receive an administrative detention for a few days up to two weeks.

“So far, we have not received any ‘tea meeting’ invitations or any warnings,” explains Pastor Huang.

“However, it is clear what is expected of us,” adding that he will comply with the requirements as he understands them. As the government considers Christianity as western in origin, they see Christianity as a threat of foreign infiltration. Therefore, the authorities warn the churches to minimize their activities.

Meanwhile existing pressure on Christians is steadily tightening, with officially sanctioned churches instructed to display the Chinese flag alongside the cross and integrate their teachings with “Chinese Socialist principles”.

Reports continue of churches being demolished and hundreds of crosses broken down from church buildings with little or no warning.

According to Henrietta Blyth, CEO of Open Doors UK & Ireland, “There is only so much the authorities can do, due to the size of the church in China – both the officially sanctioned church and the unofficial house churches. So, the government is trying to adapt Christianity to its political mindset and beliefs instead.”

China is number 17 on Open Doors’ World Watch List, which ranks the 50 countries where Christians face the most extreme persecution