CHARLOTTE, N.C. (ANS) – At least one person died and many are still unaccounted for as 55 apartment units collapsed and were destroyed in Florida. 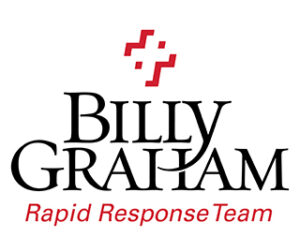 Billy Graham Rapid Response Team has been dispatched to Miami

“As we learn more about this terrible tragedy, our hearts are broken for the residents of this condo who experienced such a devastating event,” said Josh Holland, assistant director of the BG-RRT.

“Our crisis-trained chaplains are available to listen and we want all of those who were impacted—including the first responders who are part of the search and rescue efforts—to know that God still loves them and cares about them, even in the midst of such pain and sadness.”

BG-RRT chaplains are currently serving at four locations across Arkansas, Mississippi and Louisiana after severe flooding.

For more information on the ministry, including videos, photos, news articles and an interactive map of former and current deployments, visit the BG-RRT press kit or www.BillyGraham.org/RRT. Updates can also be found at Facebook.com/RRTChaplains.