Top Posts
Colorado football coach Sanders’ unabashed faith
There’s A Light That Enters Houses With No...
Knowing the One Who Always Keeps His Word
Pregnancy Resource Centers Fight For Life Amidst Opposition
This World is Not Our Home
Lessons Learned From a Gingerbread House
Let There Be Peace on Earth
‘I Wanna Dance’ movie: Whitney Houston’s success and...
Fact Finding, Sight Seeing, and Prayer Walking
Kidney donation led to 8 life-saving surgeries
Home ANS Reports Catholic nun in Syria describes how she narrowly escaped death 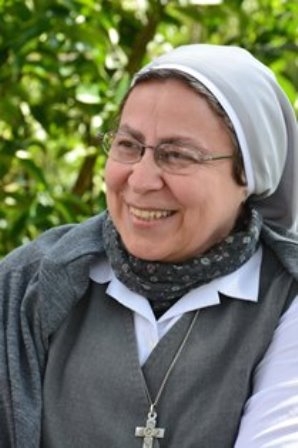 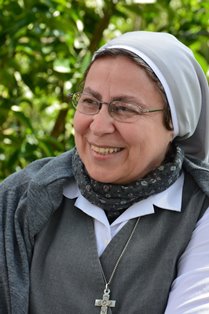 DAMASCUS, SYRIA (ANS – February 22, 2018) — A Catholic nun in Damascus has told how she, fellow nuns and students, narrowly escaped death on Tuesday, February 20th, when the sky “turned black” on one of the deadliest days of the conflict in the Syrian capital.

According to a press release written by John Pontifex of Aid to the Church in Need (www.acnuk.org), a Catholic charity — which is also known as CAN — Sister Annie Demerjian, whilst describing the situation at her convent in the Bab Touma district of Damascus’s Old City, said that a rocket landed very close by and that, had it exploded, she and some of the university students “would have been wounded or killed.”

Speaking to ACN on Wednesday of this week, Sister Demerjian said that the windows of the hostel where she works were shaking because of the bombs and that in response the students evacuated to the relative safety of the corridors.

Sister Demerjian, who is a leading project partner for ACN, which provides emergency and pastoral help in Syria, described how another member of her congregation, Sister Manal, ran through the streets to dodge the bombs, and somehow, made it back to the convent unharmed.

ACN said Sister Demerjian’s comments came after a sudden upsurge of violence in Damascus including the rebel-held Eastern Ghouta, with reports of more than 250 people killed in the last three days.

“Yesterday [Tuesday, February 20th] was like hell. It was raining bombs. There were so many shells, and so many people injured,” she said.

The charity also stated that Sister Demerjian quoted unconfirmed reports of up to 51 rockets landing in and around Bab Touma.

It added that Church sources told ACN on Tuesday of this week, that in the Damascus President Bridge area, Al-Wasa’a, Burj Al Rous and Abbasid Square, many were killed, and dozens were injured.

“I saw people taking their children and running – it was just like Aleppo –where I was before the ceasefire there,” said Sister Demerjian. “At 3.30 pm a rocket landed on the roof of the Patriarchate close to us. Somehow, it did not explode. If it had done so, we could have been killed.” 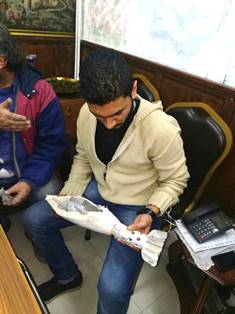 Sister Demerjian went on to say that it was about this time fellow Religious of Jesus and Mary nun, Sister Manal, was running back to the convent in Bab Touma from the school where she teaches.

“I had Sister Manal on the phone as she was running. I said to her: ‘Don’t hang up. Stay on the phone.’ She was saying. ‘You can’t see the sky. It has turned black,’” Sister Demerjian told ACN.

Then Sister Demerjian described the situation yesterday (Wednesday, February 21st) as “calmer,” however, the charity quoted her as saying that many schools had now closed even though it is not officially holiday time.

“We have to carry on. Life is stronger than death. We don’t know how long this violence will continue but it can’t last forever,” Sister Demerjian told ACN: “The Lord has been good to us. So far, none of us Sisters have been hurt but so many others have suffered. Please pray for us. The only way forward for us is prayer.”

Syria is a priority country for Aid to the Church in Need, and last year the charity fulfilled more than 140 projects there – most of them emergency help including food, shelter and medicine – but also pastoral help, support for Sisters, Mass stipends, repairs to churches and convents, said ACN.

Undertaking thousands of projects every year, the charity provides emergency support for people experiencing persecution, transport for clergy and lay Church workers, Children’s Bibles, media and evangelisation projects, churches, Mass stipends and other support for priests and nuns and training for seminarians.

Photo captions: 1) Sister Annie Demerjian. 2) One of the rockets that landed in Damascus. 3) Sheraz Khan.

About the writer: Sheraz Khan, Middle East Correspondent for the ASSIST News Service, is a Pakistani-British journalist. He lives in Scotland and can be contacted by e-mail at: sheraz@btinternet.com

Billy Graham to Lie in Honor in US Capitol Rotunda, Funeral Will Be Under a ‘Canvas Cathedral’