Top Posts
Knowing the One Who Always Keeps His Word
Pregnancy Resource Centers Fight For Life Amidst Opposition
This World is Not Our Home
Lessons Learned From a Gingerbread House
Let There Be Peace on Earth
‘I Wanna Dance’ movie: Whitney Houston’s success and...
Fact Finding, Sight Seeing, and Prayer Walking
Kidney donation led to 8 life-saving surgeries
The Power of Curiosity
When Love Came Down at Christmas
Home World Missions ‘Child of Alcoholism’

Rajdev – ‘Child of alcoholism’ – escapes through Gospel For Asia

Through Gospel For Asia’s Bridge of Hope program, more than 70,000 children, like Rajdev – abandoned by his alcoholic father – are being given a chance to hope for their future.

Sibirah posed next to Rajdev as the camera captured the special moment. In Rajdev’s hands were two plaques recognizing his talent in public speaking.

Sibirah touched the side of the framed plaque. This was her firstborn son—her little boy who had been abandoned by his dad. This was her son who once had no hope for a future education because of their poverty. Now, there he stood, holding up his achievements. 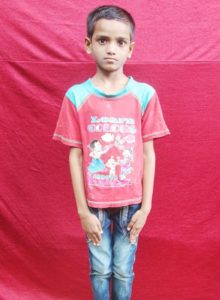 Rajdev’s father, Jairus, left home before he even saw his newborn son’s face. Alcohol appeared to be more important to him than his family. Jairus’s addiction to the bottle left him hard and immovable, even after much pleading from his pregnant wife and his sister. Tensions eventually exploded in one final argument.

Sibirah was now a single mother, left with nothing to support her family. She had a son to raise and hospital bills to pay from her delivery. But these weren’t the only troubles she faced.

One day, little Rajdev gasped for air. He was suffering from a severe asthma attack, and the doctors held no hope for his survival.

Sibirah watched helplessly as her son was slipping away from her with no support given by her husband and no hope for her little one’s future. She had nothing but love to offer her son, much like many poverty-stricken single mothers in Asia. What would his little life hold? What trials and troubles lie ahead for this abandoned son?

But this was not the end for Rajdev.

At the last moment, Rajdev’s aunt, a woman of faith in Jesus, prayed over her nephew, and the Lord healed him completely! It was a miracle. God spared Rajdev’s life. Now Sibirah needed to find a way to support and educate her only son.

As years passed, Sibirah somehow managed to keep herself and her son alive, though it was difficult to raise a son on her own. One day, Rajdev’s father returned home to them, hoping for a new and more peaceful life together with his wife and son—a life without alcohol. Jairus promised Sibirah that he wouldn’t drink anymore, but his addiction slowly made a way back into his life. Once the bottle entered the scene again, peace left their household and fighting commenced.

When Sibirah was about to give birth to their second child, Jairus left home again. Life turned from lacking peace to being miserable for Sibirah. Abandoned by her husband once more, Sibirah was now left with two mouths to feed.

Sibirah longed to end her own life. It seemed like the only way out of the grief she lived day in and day out. But whenever she thought of her children and their futures, she resolved to live and give them decent lives. She wanted to give them good educations. She knew that education was one of the only means for her children to escape the kind of life she lived. She dreamed of them becoming something greater than she or their father had become.

Sibirah’s devastation in life met with a faint glimmer of hope when she heard about an opportunity for Rajdev to be enrolled in a tutoring program. The same sister whose prayer saved Rajdev’s life now introduced them to a GFA-supported Bridge of Hope center. Soon, little Rajdev was enrolled.

Life would never be the same again.

Young Rajdev began going to school, as the Bridge of Hope center provided him with enough paper, pencils and school supplies so that he could attend school and receive tutoring at the center to help him in his studies. In many regions in Asia, education is offered to all children through government schools, but each child needs to have a school uniform and school supplies to be able to fully participate. 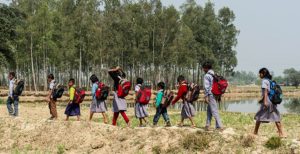 Through Bridge of Hope, thousands of children are helped.

Many families, like Rajdev’s, cannot support their children with these needed items, which then hinders the children from getting a good education. Through Bridge of Hope, these supplies are provided, along with useful gifts such as blankets, sleeping mats and even some cooking items, which are distributed to the children in the centers throughout the year.

Joy replaced worry in Sibirah’s heart as she watched her son blossom in the Bridge of Hope center. A daily meal, school supplies and opportunities for her son to compete in statewide competitions were all part of her son’s growth, as it was for his classmates and the more than 70,000 children who participate in Bridge of Hope across Asia.

Rajdev’s talents began to unfold as he won two state-level speech competitions. With this newfound talent, and all the help and encouragement Rajdev received from his teachers at the center, his aspirations grew as he dreamed of becoming a doctor—a dream he would most likely never have been able to see fulfilled if it weren’t for Bridge of Hope.

Today, Sibirah doesn’t know where her husband is, but because of the help and encouragement her family is receiving through Bridge of Hope, she can face the future with a new sense of optimism. Her children have a chance for a better future, and she hopes Jairus will return to them one day to be part of their lives and see for himself the potential in their son’s life.

You can be part of helping families in need like Sibirah and Rajdev’s. Thousands of children and their families have been greatly impacted through the Bridge of Hope Program, but the need is vast, and there are so many more lives that need help.

Imagine what would have happened to Rajdev and Sibirah if Bridge of Hope hadn’t entered their lives. Maybe Sibirah would have ended her life, or perhaps Rajdev would have joined the 168 million children trapped in child labor. By God’s grace, this was not their story. Bridge of Hope made a way out for them.

Help a child like Rajdev with your gift to the Unsponsored Children’s Fund. Contact Gospel For Asia https://www.gfa.org