Top Posts
Knowing the One Who Always Keeps His Word
Pregnancy Resource Centers Fight For Life Amidst Opposition
This World is Not Our Home
Lessons Learned From a Gingerbread House
Let There Be Peace on Earth
‘I Wanna Dance’ movie: Whitney Houston’s success and...
Fact Finding, Sight Seeing, and Prayer Walking
Kidney donation led to 8 life-saving surgeries
The Power of Curiosity
When Love Came Down at Christmas
Home World MissionsPersecution Chinese Government Training Pastors to Preach Communism

BEIJING, CHINA (ANS) — Officials in China’s third largest province are training pastors to include Communist ideology in their weekly sermons, according to a new report from a religious liberty watchdog.

ChristianHeadlines says that at issue is the approval of pastors within the Three-Self Patriotic Movement, the government-approved Protestant body that faces severe restrictions.

Pastors who failed a test on communist beliefs weren’t approved. 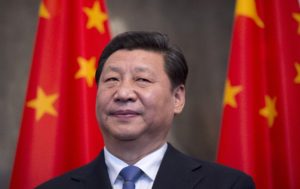 The ChristianHeadlines article says that last year the Bureau of Ethnic and Religious Affairs in Henan province – the third-largest province with 94 million people – began applying Communist Party membership standards to screen Three-Self preachers, according to Bitter Winter, an organization that monitors religious liberty.

The assessment included two parts: a sample sermon and a questionnaire.

Bitter Winter told ChristianHeadlines the Bureau said pastors should write a sample sermon that must include “national policy, traditional culture and the core socialist values” in the text. Christian doctrines such as eternal life, heaven and hell were prohibited from being included.

One pastor was told to prepare a sermon on the subject, “Christians must love their country.”

Bitter Winter said that to gauge a pastor’s political standing, the questionnaire included questions about Chinese and communist beliefs. A pastor only passed if the answers corresponded with the beliefs of the government.

The question, “How do you regard tomb-sweeping and offering sacrifices to ancestors?” would need to include the answer, “This is part of China’s traditional culture; Christians can sweep tombs and offer sacrifices to their ancestors; it is not against the Bible.”

The question, “Why are minors not allowed to go to church?” should be followed by the answer, “This is a national policy; not letting children enter churches is to ensure their physical and mental health.”

“[T]e test for a preaching certificate is used to examine participants on their political thinking. Government officials don’t understand the Bible,” one pastor told Bitter Winter. “As long as you flatter the Communist Party and support it, you can pass the assessment. Otherwise, no matter how well you can talk about the Bible, it would still be useless.”

Another pastor, who is in his 80s, said: “The government’s goal of training young preachers is to indoctrinate and infiltrate them, so that they use the CCP’s methods when giving sermons at gatherings, and, in the end, they will become more than willing to serve the CCP.”