Top Posts
Knowing the One Who Always Keeps His Word
Pregnancy Resource Centers Fight For Life Amidst Opposition
This World is Not Our Home
Lessons Learned From a Gingerbread House
Let There Be Peace on Earth
‘I Wanna Dance’ movie: Whitney Houston’s success and...
Fact Finding, Sight Seeing, and Prayer Walking
Kidney donation led to 8 life-saving surgeries
The Power of Curiosity
When Love Came Down at Christmas
Home ANS Reports Chinese New Year heralds new restrictions for Christians 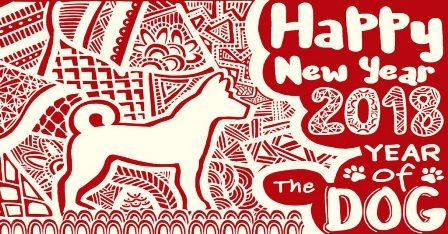 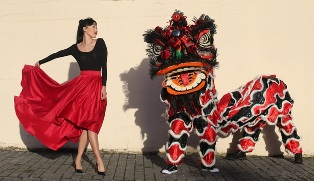 SHANGHAI, CHINA (ANS – February 16, 2018) – As China today (February 16th) celebrates the beginning of the “Year of the Dog,” Chinese Christians are bracing for what looks set to be the “year of the underdog” — due to a raft of new restrictions on freedom of religion.

Release International (www.releaseinternational.org), a Christian charity, has stated in a press release, that the Chinese New Year looks set to be a year of new restrictions for Christians.

It went on to say that the new regulations that have come into force from February could lead to the most severe crackdown on the church in China since the Cultural Revolution.

It revealed that the new “New Regulations for Religious Affairs” are intended to clamp down on extremism, adding that they [the new regulations] forbid religious organisations from using religion to “harm national security or disrupt social order.”

It added: “But Release International, which supports persecuted Christians around the world, warns the new regulations will drive more churches underground, and make life much harder for those already under strict government control.”

Release International’s partners also warn that the tough new rules will lead to a rise in religious persecution in China over the next decade.

The charity said that, under the new regulations, even established sites for religious activities must be “in harmony with the needs of urban planning,”

“This means that even state-controlled churches are subject to review. The rules give local government officials the power to decide whether churches should be recognised by the state and to forbid the use of venues as places of worship,” said the charity which works for the persecuted in more than 30 countries of the world. 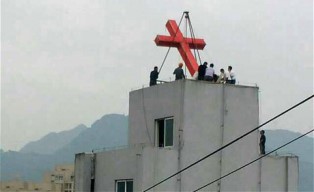 Release International disclosed that the first indications that the clampdown is spreading to the officially recognised churches, came last December, when the authorities demolished a 20-year-old Catholic church in Shanxi, even though it held authorised legal permits.

“Since June last year, officials have required government-run ‘Three-Self Churches’ to display the national flag and sing the national anthem at their services,” it said.

China, it said, has become a country of key concern for Release International, adding that persecution has grown under the leadership of President Xi Jinping, as the Communist Party tightens its control over the church.

The group said that China’s leaders are worried about the rapid spread of Christianity in their country, adding that the revival of the Protestant church in Zhejiang has led to a wave of 1500 crosses being pulled down from church roofs, and some churches being demolished.

It quoted the authorities as saying that this is to “contain the overheated growth of Christianity.” The charity revealed that the cross removals are now being extended to other provinces, and went on to say that Christians, who, have launched legal protests over the cross removals have been beaten up and arrested.

“Christian leaders have been sentenced to ten years imprisonment for mounting a legal challenge,” it revealed, adding, “Many human rights lawyers, including Christians, have also been arrested. They have been denied visits by their families or legal representation.”

Criticising the new rules, the charity says, they also limit the offerings a church can receive before having to submit them for the examination, and approval of communist officials.

It revealed that two pastors at the Houshi Church in Guizhou province have been fined more than $1 million for taking so-called illegal offerings. It stated that the authorities later went on to seize their church premises without a court order. 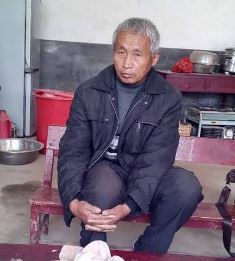 The charity quoted its partners as saying that Pastor Yang Hua has been allegedly tortured in police custody, and his family threatened. A charge of “illegally possessing state secrets” was later hardened to “divulging state secrets.”

“This assumption that Christians are involved in espionage makes it all-too clear the way China is increasingly regarding Christians as “enemies” of the state,” says Paul Robinson, the CEO of Release International. “These new rules are intended to bring the church under the ever-tighter control of the state, even though the Chinese constitution guarantees freedom of religious belief.”

It went on to quote Robinson as saying: “Ironically, where churches have used lawyers to campaign for their legal rights, those lawyers have been arrested. In some cases, they have disappeared, and have been tortured into making forced confessions — all this for trying to work within the law to uphold the rule of law in China.”

Release International said that in January, the Chinese authorities used dynamite to blow up the “Golden Lampstand Church” in Shanxi province, adding that they also imprisoned the church leaders for seven years.

It also revealed that on the January 18th, the authorities sentenced six Christians for up to 13 years for supposedly being part of an “evil cult” that was attempting to undermine the law.

“This labelling of churches as ‘evil’ organisations working against the state and the national interest is of deep concern,” says Robinson. “Christians in China are patriotic. They pray for their leaders, and work for the good of their nation.” 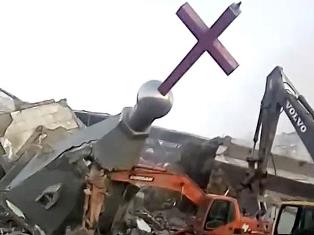 The charity said that its partner, Bob Fu of ChinaAid, said that some indicators suggest that Christian freedom is now at its lowest level since the Cultural Revolution.

“China has jailed more citizen journalists than the rest of the world combined, and under the new president, freedom has been deteriorating rapidly, and persecution is getting worse”, said Fu. “The authorities want to make sure that every government-sanctioned church leader is under the complete control of the Communist Party and its Religious Affairs Bureau.”

Release International said that this control extends to banning Christians from taking children to church and forbidding all Sunday school teaching. The new rules, it said, also bans attending overseas religious conferences; any homes used for unauthorised worship could be demolished, and owners who allow worship to take place on their premises could face heavy fines.

It added that the authorities are even trying to change some of the core beliefs of the Christian faith to bend it towards Chinese socialism.

That way, the churches will effectively be made to teach that good communists can go to heaven — even though the authorities don’t believe in heaven, it said.

Release International revealed that the new rules also insist that church leaders set aside office space in their buildings for Communist Party officials to monitor their services to check whether they are keeping to the rules, and also that officials have been given powers to monitor church offerings and donations. 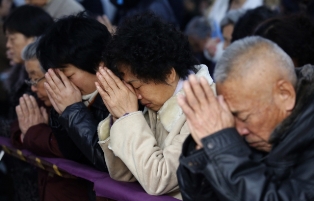 “The aim of the Communist Party is to water down the core faith of Christianity, and other religions to make them compatible with communism,” said Bob Fu. “Given these rules, we anticipate the Communist Party will intensify its persecution against Christians in the coming decade.”

Release International said that despite the persecution, the growth of Christianity in China seems unstoppable. “Under communism, Christianity has grown from one million Christians in China to an estimated 100 million today,” said Bob Fu.

Western sociologists have projected that even at the slowest rate of growth, the number of Chinese Christians will exceed 220 million by 2030 — making China the largest Christianised nation in the world, it said.

Photo captions: 1) Celebrating the “Year of the Dog.” 2) A cross being taken down at a church in China. 3) A Chinese pastor (ChinaAid). 4) A Chinese church being demolished by the authorities. 5) Chinese Christians in prayer. 6) Sheraz Khan.