Top Posts
Knowing the One Who Always Keeps His Word
Pregnancy Resource Centers Fight For Life Amidst Opposition
This World is Not Our Home
Lessons Learned From a Gingerbread House
Let There Be Peace on Earth
‘I Wanna Dance’ movie: Whitney Houston’s success and...
Fact Finding, Sight Seeing, and Prayer Walking
Kidney donation led to 8 life-saving surgeries
The Power of Curiosity
When Love Came Down at Christmas
Home ANS Reports Closer To Truth: PBS’s Search For Meaning 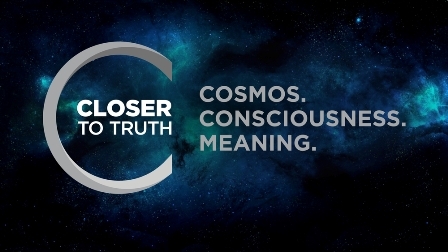 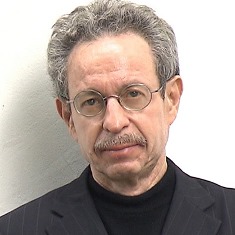 ALBUQUERQUE, NEW MEXICO (ANS – January 31, 2018) — Before I head off to church every Sunday morning, I tune in to a PBS (Public Broadcasting Service) program entitled Closer to Truth. Hosted by Dr. Robert Lawrence Kuhn (b. 1944), the program delves into science and philosophy, asking the big questions of life: is there meaning, God, purpose, what is consciousness, etc. Kuhn, a cognitive scientist, interviews leading philosophers, scientists, and theologians, asking penetrating questions and never really letting anyone off the hook with easy answers. It’s one of my favorite PBS  broadcasts.

One of the reason I like it so much is because I formulate answers that I’d give to Kuhn — or anyone for that matter — if asked similar questions, or frame explanations I’d give to some of his guests. Basically it’s an intellectual exercise, a sort of personal apologetics process that I use to keep my mind sharp. 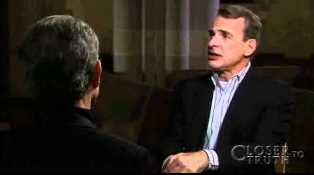 As an example, one of the scientists Kuhn interviewed — a materialist (the physical world is all there is or every will be, no spiritual or metaphysical world) — gave a rationale for his beliefs using physics and mathematics as a base. And though his arguments sounded intellectual, I had to pause and think through what he was saying. Why? Because the scientist was using metaphysics (things beyond the physical world) to deny there are metaphysics. It was a self-defeating argument. Case in point: mathematics, as understood through physics.

As most know, mathematics has metaphysical properties inherent in them. As an example, is there really a physical number one a scientist can touch, feel and experiment on? No. Number one is metaphysical value — a symbol — placed on an object. There may be a single tree, but not a real number one to designate the tree. One is an expression, a figure, representing the quantity of something, but has no real physical presence in the world (except through other symbols — written language, etc.). 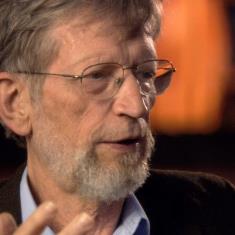 Furthermore, the materialist scientist was using cognition — ideas, thoughts, and language- — to express his beliefs, all emanating from his brain. Again, imagination, thought, ideas — are all examples of things that have metaphysical value — something beyond the physical, a consequence of consciousness. True, the brain has a physical property, but ideas—those things that are emitted from the brain — do not. What exactly is consciousness, an idea, or thought anyway? Or love and feelings for that matter? You get my point. They have metaphysical qualities. So, again, the materialist scientist was using metaphysics while denying metaphysics, a self-defeating argument.

All this to say, I’d encourage readers to check out the broadcast, particularly the interviews with leading theologians and philosophers such as William Lane Craig, Alastair McGrath, Alvin Plantiga, Peter Van Inwagen, John Polkinhorne, and Yujin Nagasaw.

Or better yet, attend a certificate apologetics program or enroll in a degree program — such as Veritas International University’s (recently voted one of the best apologetics programs in the country [1]) — to give you the tools needed to think through the big questions of life, helping you move closer to the truth found in Jesus Christ.

To watch episodes or interviews on Closer to Truth, click here: https://www.closertotruth.com/

** You may republish this, or any of our ANS stories, with attribution to the ASSIST News Service (www.assistnews.net). Also, please tell your friends and colleagues that they can have a complimentary subscription to ANS by going to the above website and signing up there.