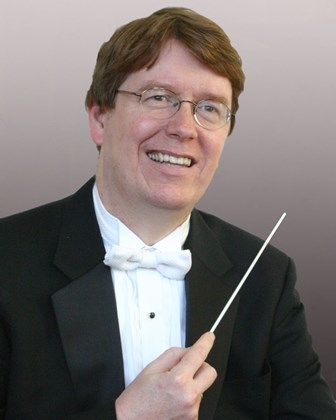 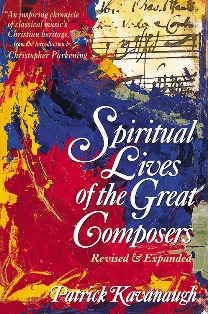 ALBUQUERUQUE, NEW MEXICO (ANS – May 1, 2018)—When composer John Michael Luther emailed me to let me know that conductor, composer and author Dr. Patrick Kavanaugh died, my heart sank. As one who was influenced by Kavanaugh’s work, I felt as though I lost a friend; and to a certain extent I did.

Kavanaugh died of a heart attack on April 2nd. And as reported on a Kavanaugh Memorial Fund webpage [1], “His death was, and continues to be, a huge shock to his family and friends.  He was in the prime of his life; he and Barbara had just met their 8th grandchild and were in the process of moving to Texas to be closer to family.”

According to World Magazine, “Kavanaugh was born and raised in Nashville, Tenn. His teenage passion was football until, during his high-school years, someone gave him a guitar. He took to the instrument “’like a duck in water,’ he later said. He went on to earn degrees in musical composition, and authored several books, including The Spiritual Lives of the Great Composers [2]”

As I’ve reported in ASSIST News [3], Kavanaugh was an earlier inspiration for me while in college, particularly as I was navigating what it meant to be a Christian in the music industry. I read several of his books with great interest and followed his career from afar.

When I heard Kavanaugh moved to New Mexico while his son was in medical school, I was excited to attend one of his Spiritual Lives of Great Composers events. I wrote an article about my experience. [2]. From the article, Kavanaugh made contact with me, inviting me to the Methodist church, where he was music director, for a meeting. I gladly obliged, excited to meet the man who helped shape some of my thoughts regarding classical music. 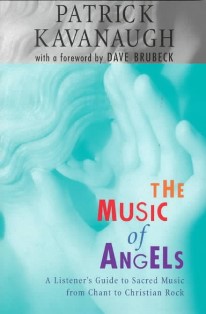 As we walked up to his office, he talked casually, asking me about my life as a writer and musician. Once we arrived in his humble office, we sat down. I noticed a guitar in the corner, a few musical scores on his desk, and bookshelf where some of his books sat.

We began to discuss his life as a conductor, founder of the Christian Performing Artists’ Fellowship, and author of several books. Because I wasn’t planning on an official interview, but rather talk with him, I didn’t take written notes. And to be honest, I was most interested in his compositions, something that I wasn’t as familiar with. I’m always on the hunt for contemporary works to hear, so I asked lots of questions about his music. But what I learned from Patrick over our hour conversation continues to impress me.

First, Kavanaugh believed art music should push the limits, musically and artistically. He loved the classics—as his books attest, but felt the compositions of yesteryear were written for a particular time period. He stated that contemporary composers must find fresh forms of expression, striving for innovative sounds, harmonic tonalities, and striking rhythmic arrangements. As an example, he let me know that he’s been composing in micro-tonality. And though it is difficult for some people to listen to (atonality bothers some people), he was less interested in pleasing people with the music he was composing as he was pleasing a Person, the Lord. Exploration, innovation, and experimentation were all words Kavanaugh used. From him I learned that contemporary composition must find its own voice, seeking new musical worlds to discover.

Second, Patrick was a catholic Christian. By catholic I mean universal. He loved the Body of Christ in all its forms and guises. During our visit he said he’s met many people from various denominations that love the Lord; and felt the heart of the Christian faith was just that: loving God and loving people. And he hoped music could bridge the gap between the numerous denominations, acting as unifying factor. Patrick stressed that all Christians can all sing the same hymns and perform the same music. From this, I learned Patrick believed music could help join a people around a Person, Jesus. 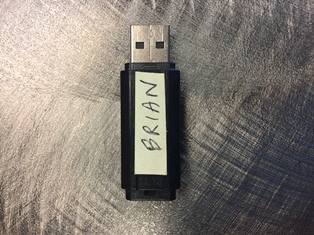 Finally, Patrick did something that I’m very thankful for. He handed me a flash drive with my name written on it. On the flash drive were many of his compositions, pieces he wanted to share with a kindred spirit, recognizing that we both admire contemporary art music. After our time together, I rushed home to listen and watch (many were recordings of live performances). As expected, there were amazing works included, all written by Kavanaugh: art songs influenced by the poetry of George Herbert, a work in Homage to St. Patrick, a piece entitled John Three for solo violin and narrator, a composition named Jubal for soprano soloist, an opera entitled Last Supper, a work named Letters from a Nazi Prison (with text by Dietrich Bonheoffer), an ensemble and vocal number, Words of Light, performed at the Beijing Modern Music Festival, and my favorite—the Good Shepherd for solo cello and narration. The compositions were superbly written and had strong Christian themes. I was impressed how Kavanaugh took Biblical text and merged it with contemporary music. And though much more could be said regarding the compositions, what I learned is that Kavanaugh was a fine composer, a man who took seriously both the text of sacred scripture and the contemporary composition he advocated. 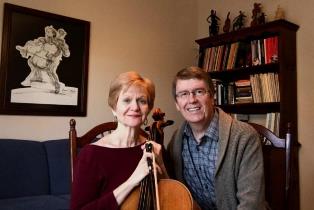 Like all things, our meeting came to and end. After signing a few books for me, he looked over to his shelf and picked out a book. He asked if I have it. The book was named Music of the Spheres. I said that I didn’t own a copy. He replied, “Good, it’s yours to have.” I asked what the book was about. He said it was a “novel based on a musician who goes to heaven. But in reality it’s about the joy of music and worship.” I was intrigued. And now with Kavanaugh’s death, I can’t help but think he wrote the book in preparation for himself—a man who’s now with the Lord, singing, composing, and continuing his eternal music ministry—all for the Glory of God.

Rest in peace, Patrick. You’re now seeing the fruit of your musical labor.