Top Posts
Knowing the One Who Always Keeps His Word
Pregnancy Resource Centers Fight For Life Amidst Opposition
This World is Not Our Home
Lessons Learned From a Gingerbread House
Let There Be Peace on Earth
‘I Wanna Dance’ movie: Whitney Houston’s success and...
Fact Finding, Sight Seeing, and Prayer Walking
Kidney donation led to 8 life-saving surgeries
The Power of Curiosity
When Love Came Down at Christmas
Home ANS Reports Congolese President Attacks Peaceful New Year’s Eve Catholic Protestors 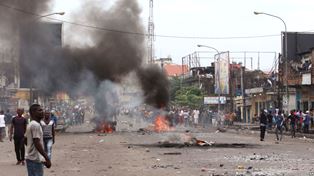 KINSHASA, DRC (ANS – January 8, 2018) — When 2017 began in the Democratic Republic of the Congo (DRC), there was great optimism that the Political Crisis and Electoral Impasse would be resolved and the country would have a new President. That did not turn out as the year unfolded.

There was some surprise when word came out that the Congolese Security Forces deployed Tear Gas and fired into several Catholic Churches on New Year’s Eve. 8 worshipers were killed and over 120 people were detained nationwide. 82 of the arrests occurred in the capital of Kinshasa and some of those taken into custody were priests. As a result many congregants promptly joined the opposition calls for President Joseph Kabila to step down.

Why the sudden move against the Catholic Church? After all the Democratic Republic of the Congo has a population that is roughly 50% Catholic. This is generally a well-respected part of Congolese society and so a serious incident or slight had to occur to force such an action to be launched by the Security Forces.

December 31st 2017, was the anniversary of the deal that was brokered by the Church between the Kabila Government and the Political Opposition that was to have laid the groundwork for the delayed 2016 Presidential Elections to be run this year, appoint a transitional Government led by a member of the Opposition to organize such elections and then have the people of the country decide who they wanted to take the country into 2018. Sadly President Kabila had other ideas about staying in power. 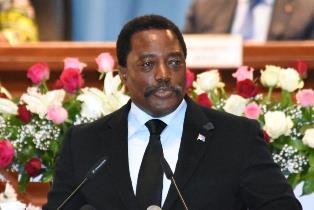 It appears that in the view of the Kabila Government that the Church itself was not an honest broker. Late in the year charges that the Church were agents of a foreign power began to be levied against them. In this context we can view the actions that were taken as being preplanned and not a spur of the moment event. That should be a matter of concern to whoever conducts any business with the Kabila Government.

Another concern has to be how the events of December 31st played out. It was the anniversary of the Election deal for certain. However firing tear gas into and then sending officers into the sanctuary of a church presents a couple of trains of thought. First is that they wanted to silence a critical voice against the Government. Secondly they fear the organization of the Church itself. As a body they have mostly been unified and sought to seek out what is best for the Congolese people. In fact they were seen not only as an honest broker but a voice for the population. 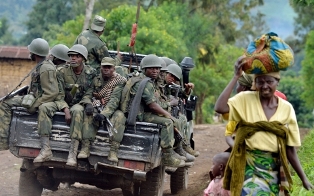 However, to President Kabila and his allies, the Church presents an obstacle to the extension of their hold on power and needs to be overcome. The assaults on the Churches show that the current method of choice happens to be intimidation of the clergy in order to have them conform to the wishes of the Government.

The longer the impasse within the DRC is not resolved then it is to be expected to have more events like this take place during the upcoming year. That is not a good sign in a region that is on edge. 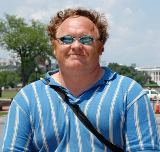 About the writer: Scott Morgan has been the President of Red Eagle Enterprises since its inception in November 2012. He uses his experience from serving in the U.S. Marines during the Reagan Administration, attending college for Criminal Justice, Advocacy for Human Rights and Writing, to come up with an interesting matrix and business model. Currently based in Washington, DC, he specializes in US Policy towards Africa focusing on Security, Assymetrical Operations and Business Development South of the Sahara. His Blog Confused Eagle can be found at http://confusedeagle.livejournal.com/.  His webpage can be found at: http://morganscott251.wix.com/redeagleenterprises