Top Posts
Colorado football coach Sanders’ unabashed faith
There’s A Light That Enters Houses With No...
Knowing the One Who Always Keeps His Word
Pregnancy Resource Centers Fight For Life Amidst Opposition
This World is Not Our Home
Lessons Learned From a Gingerbread House
Let There Be Peace on Earth
‘I Wanna Dance’ movie: Whitney Houston’s success and...
Fact Finding, Sight Seeing, and Prayer Walking
Kidney donation led to 8 life-saving surgeries
Home ANS Reports Coptic Christian man thrown out of village over alleged attack

Coptic Christian man thrown out of village over alleged attack 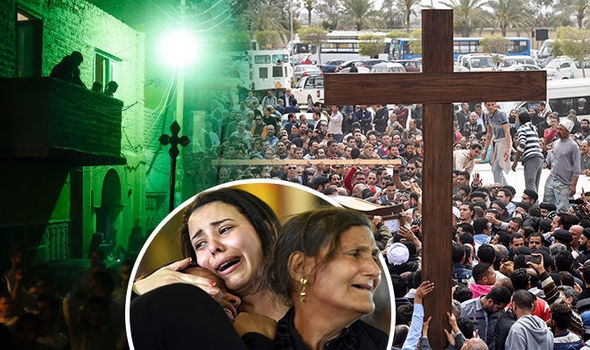 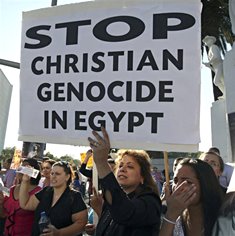 BEHEIRA GOVERNORATE, EGYPT (ANS — January 24, 2018) — An Egyptian Christian man has been thrown out of his village after it was alleged that he attacked a Muslim woman, ANS has learnt.

According to a press release by Open Doors UK (www.opendoorsuk.org), the Coptic community has been forced to pay the equivalent of nearly 3,000 US dollars to the woman’s family, though, they say the allegations are baseless.

The release stated that Awad Zaki, 55, a Coptic blacksmith from a village in Beheira Governorate, northern Egypt, was owed money from a customer.

Zaki, the release stated, went in person to the house of Mohammed Sobhi Abu Ahmed to collect what he said he was owed, around US$17, after having sent repeated reminders to Ahmed.

According to the release a quarrel broke out between the two men. Mohammed and his brother pulled Awad into the house, said the release.

“They tried to hold him in one of the rooms, accusing him of trying to assault Mohammed’s wife, but Awad managed to escape,” the release quoted Medhat Gamil, a local villager, as saying.

The release quoted the Coptic community as saying that after Awad left the house he was followed home by members of Mohammed’s family, who, then attacked him and his family with sticks.

“My uncle Awad is an old man and he could not do that. This doesn’t make sense… He is a married and very religious man and has worked for years without doing anything immoral.”, the release quoted Sameh Mansour, one of Awad relatives, as saying.

It went on to say that when police arrived, they arrested Awad, his brother and nephew. Their mobile phones were confiscated at the police station, and they were beaten.

Medhat, according to the release, told Open Doors that dozens of Muslim villagers gathered in Awad’s neighbourhood, and attacked the Coptic homes. 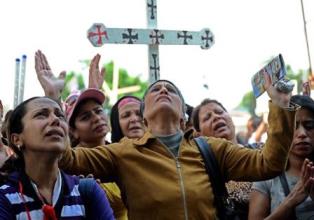 “They threw stones and bricks, breaking the windows of three homes and destroying some of their contents,”

It maintained: “They destroyed a glass shop and book shop owned by Copts, and injured five Copts, including one woman. Some of them threw petrol bombs on roofs of houses, trying to set them on fire, but the owners put them out”.

The release quoted Medhat as saying that the police were able to restore calm, but none of the attackers were arrested.

It added: “A customary ‘reconciliation’ session was held in the village, in the presence of the mayor, several MPs and representatives of senior families in the village. Awad was ordered to leave the village and pay Mohammed the equivalent of just over 2,800 US dollars in compensation.”

The Coptic community, the release stated, have long complained about the ‘reconciliation sessions’ they are forced to take part in.

In July 2016, Coptic Church authorities said they were tired of these meetings because they felt they were often discriminated against, it said.

It also revealed that Egypt is number 31 on the 2018 Open Doors World Watch List, adding: “A rise in violent and deadly attacks caused the deaths of 128 Christians last year and left many injured. So-called Islamic State targets Christians and the government’s low regard for fundamental rights means there is little protection. Muslim-background believers face enormous pressure to recant; official recognition of conversion is almost impossible. Building places of worship is difficult because of administrative restrictions, communal hostility and violence. Church leaders are monitored by the state. Believers, especially women, face discrimination and abuse at work.”

The following information is not part of the release: 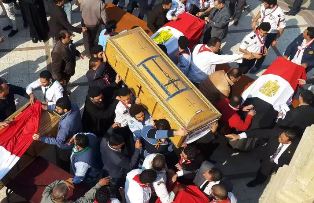 In December 2016, a Coptic Cathedral, was bombed in central Cairo, leaving some 25 people dead and twin attacks on Palm Sunday 2017 killed some 30 people.

According to The Egyptian Initiative for Personal Rights there have been at least 77 cases of sectarian attacks on Copts between 2011 and 2016 in the province of Minya alone.

In May 2016 hundreds of Muslims set fire to at least 7 homes of Christians in Minya over rumors that a Christian man had an affair with a Muslim woman.

In July 2016, the homes of the Christian residents of the Minya province were burned by angry Muslims following a rumor that Christian planned to transform a kindergarten into church.