Top Posts
Knowing the One Who Always Keeps His Word
Pregnancy Resource Centers Fight For Life Amidst Opposition
This World is Not Our Home
Lessons Learned From a Gingerbread House
Let There Be Peace on Earth
‘I Wanna Dance’ movie: Whitney Houston’s success and...
Fact Finding, Sight Seeing, and Prayer Walking
Kidney donation led to 8 life-saving surgeries
The Power of Curiosity
When Love Came Down at Christmas
Home ANS Reports Could Pakistan’s place on US ‘Watch List’ create more problems for minorities?

Could Pakistan’s place on US ‘Watch List’ create more problems for minorities? 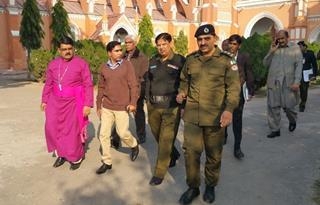 Asif Aqeel reports for World Watch Monitor (www.worldwatchmonitor.org) the US did not, however, go as far as adding it to its ten ‘Countries of Particular Concern’* – for countries where “governments have engaged in or tolerated systematic, ongoing, and egregious violations of religious freedom.”

According to Aqeel’s World Watch Monitor article, this naming of Pakistan comes at a time when the two countries have almost severed their long-standing relationship as allies in the ‘war on terror,’ and Pakistani religious minorities have responded with diverse views. 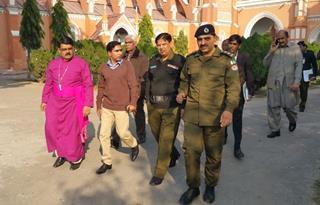 The Bishop of Multan, Leo Paul, told World Watch Monitor there can be no denial that religious minorities are treated with contempt and disrespect, despite constitutional guarantees. “But I am not sure if this measure by the US would actually help Pakistani minorities, or if it could create more problems for them,” he said.

Human rights activist and lawyer Nadeem Anthony told World Watch Monitor: “Religious minorities of Pakistan are ‘with’ their country. If Pakistan puts its best and sincere efforts to change this, then we can get our name off this list. The only issue is sincere effort. If we want it, then this would happen. We have seen more than 100 houses of Christians set on fire on a mere accusation, and not a single person is convicted. If that would remain the same, then how can we stop other countries accusing us of human rights violations?”

World Watch Monitor stated that in March 2013, a Christian man from Lahore was accused of committing blasphemy while drinking with his Muslim friend a night before. A mob of at least 3,000 set the entire Christian colony on fire. After a lengthy trial, the court acquitted hundreds of suspects accused of arson.

Several similar incidents have taken place, and because Christians are a beleaguered and poor community, obtaining justice for them is extremely difficult. Stringent blasphemy laws are often misused to accuse poor minorities, especially Christians.

National Assembly member Isphanyar Bhandara, of the Parsee (Zoroastrian faith) community, told World Watch Monitor that all injustice to religious minorities is to be condemned, that any discrimination in any form should stop, and that it is good that Western countries take notice.

“But this fresh accusation is purely political,” he said, adding: “This move to place Pakistan on the special list is directly linked with the relationship of the two countries, not out of love for religious minorities.”

The day after placing Pakistan on the list, the US froze about US$2 billion security assistance to Pakistan – for not taking action against the Taliban and the Haqqani network, groups suspected of violence in Afghanistan. 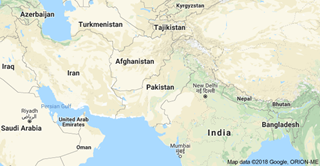 US-Pakistan relations took a sharp turn in the New Year when US President Donald Trump tweeted: “The United States has foolishly given Pakistan more than 33 billion dollars in aid over the last 15 years, and they have given us nothing but lies & deceit, thinking of our leaders as fools. They give safe haven to the terrorists we hunt in Afghanistan, with little help. No more!”

“The consequences [of being placed on the list] can be far reaching and detrimental for us,” said Krishan Sharma, of the Hindu community, who heads the Rights of Expression, Assembly, Association and Thought (REAT) Network of all major non-profit organizations in Pakistan.

“We all need to put our sincere efforts to get our country out of this quagmire. Being an Islamic country, minorities should have been treated better here. But what minorities suffer here is quite the opposite.

“Putting Pakistan on the watch list has resulted from the long negligence of the state, because it hasn’t taken human rights seriously, despite signing several international treaties. A few days earlier, the European Union expressed its concern and in a few days, an EU team arrives to see if Pakistan is complying with international treaties it signed under the Generalized System of Preferential (GSP) Plus status.”

Pakistan is 5th on Open Doors’ 2018 World Watch List, published yesterday, of the 50 countries where it is hardest to live as a Christian (See: http://gbgsites.com/~assist/index.php/component/k2/item/3604-the-2018-open-doors-world-watch-list-has-been-released-guess-who-s-top).  Last year it was 4th.

*The ‘Countries of Particular Concern’ are China, Eritrea, Iran, North Korea, Myanmar, Sudan, Saudi Arabia, Tajikistan, Turkmenistan, and Uzbekistan. Of them, seven (all except Myanmar, China and Tajikistan) fall within the top 20 on the 2018 World Watch List. Tajikistan is 22nd, Myanmar 24th, and China 43rd.