Top Posts
A Walk of Faith Begins with a Step...
God is Rich in Mercy
Everyone has a Story to Share
‘Till’ movie: Racial murder helped spark civil rights...
Leaning His Head On Jesus, This Evangelist Hears...
Timing, common ground, and fruitfulness in witness
Step Out of the Traffic
In Support of Ukraine
Living an Imperfect, Unfinished Life
‘Nothing is Impossible’ movie: Hoops, romance, second chances
Home About Us Dan Wooding and the Strange World of Television 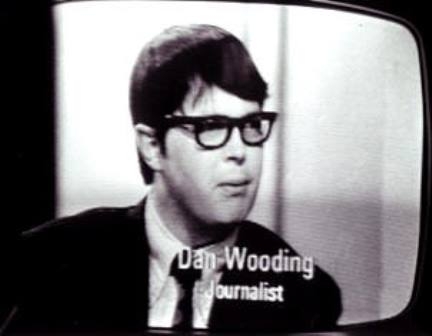 North Wales, UK (ANS) – I never intended to engage with the strange world of television. Back in the 1970s, when I was living in London, the BBC TV launched a new program hosted by popular personality, Cliff Michelmore, where viewers could write in with a question that they would like to pose to a British religion leader.

With my peculiar sense of humor, I wrote my question for John Carmel Heenan, the then Roman Catholic Archbishop of Westminster. It read, “Have you ever had a girlfriend?”

I didn’t think I had a hope of even getting an answer, but then a BBC producer called me and asked me to appear on the program and ask my rather silly question, which I did.  The Archbishop didn’t seem amused but said he once had one before he went into the priesthood. 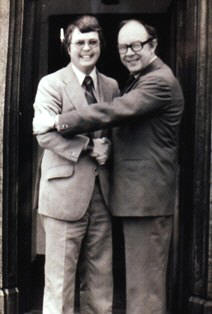 I was inundated with comments, both rude and nice, from friends suggesting I should try TV as a new career!  (I didn’t think they were really serious!)

Up until then, I had stuck to doing print stories for my paper, the Sunday People, a British tabloid, and also some interviews for BBC Radio 1 and appearing on a weekly religious show on LBC in London. (I would slip out from the Sunday People newsroom for a couple of hours to do my part in the LBC program.)

Not long after that, I wrote up for my then newspaper, the story of English comedian, Eric Morecambe who, together with Ernie Wise had formed the award-winning double act of Morecambe and Wise.

Eric had just suffered a heart attack and I was dispatched to his home to interview him. At first, it turned out to be a rather challenging task. I got off to a bad start when I asked him, “Eric, how did you feel when you had your heart attack?”

Clearly irritated with my question, Morecambe looked sharply at me and replied, “It was great. I loved every minute of it!”

Fortunately, things got better from then on and he even confessed to being “scared of death” and revealed that many British Christians had sent him messages saying they were praying for him.

The paper was so pleased with the story, that they summoned a camera crew into the newsroom and gave me a script to read for a commercial they were planning to run before the paper came out on that Sunday. 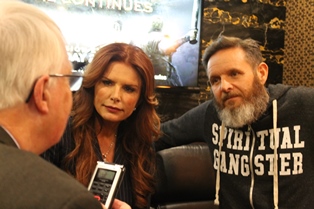 All I had to say, with a teleprompter in front of me, was, “My name is Dan Wooding and I’ve never seen a star speak so frankly.”

My first take was a disaster. “I’ve never seen a frank speak so starly…”

Eventually, after ten excruciating takes, I finally got it right and it was broadcast across the United Kingdom on that Saturday night, and fortunately, the viewers didn’t know how difficult it had been for me to read those few lines.

Still, I really didn’t think I had much hope in the wild world of television, but then in 1994, I was given another opportunity in, of all places, Pyongyang, North Korea. It was just after the death and funeral of Kim Il-sung, the country’s despotic leader.

To my great surprise, I had been given a visa in Beijing to join a small delegation of Christians and was on assignment for UPI (United Press International), to spend a week in this mysterious land reporting for their radio network.

When the three of us arrived at Pyongyang Airport in a rather ancient Russian plane, we were surrounded by North Korean TV cameras and reporters. I had a camera thrust in front of me and one reporter asked me in broken English, “Why have you come to North Korea?”

I realized, as a Christian journalist, that this was the chance of a lifetime so I replied, “I have come to your country to share about the love of Jesus Christ.” 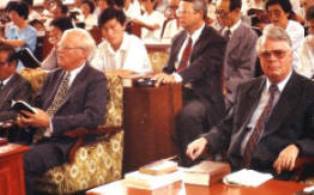 Dan in church in North Korea

The North Korean reporter looked bemused, so I continued, “I am a Christian and would like to see more Christians in your country.”

Later, we were taken to a North Korean church in the capital city and joined in their Sunday morning service. Again, we were surrounded by cameras and afterward, we all wondered if this was a “real” church, or if those taking part were actors. By the way, if they were actors, they did a good job.

Now, with the help of my younger son, Peter, we are also doing lots of video interviews for the ASSIST News Service.  And talking about Peter, we now live nearby here in Great Britain, Pete is following in his rather elderly Dad’s footsteps, with his many reports from around the world.   And to think — it all began with a rather ridiculous question to a British Archbishop on BBC TV.