Top Posts
A Walk of Faith Begins with a Step...
God is Rich in Mercy
Everyone has a Story to Share
‘Till’ movie: Racial murder helped spark civil rights...
Leaning His Head On Jesus, This Evangelist Hears...
Timing, common ground, and fruitfulness in witness
Step Out of the Traffic
In Support of Ukraine
Living an Imperfect, Unfinished Life
‘Nothing is Impossible’ movie: Hoops, romance, second chances
Home ANS Feature Dove Awards honors best in contemporary Christian and gospel music 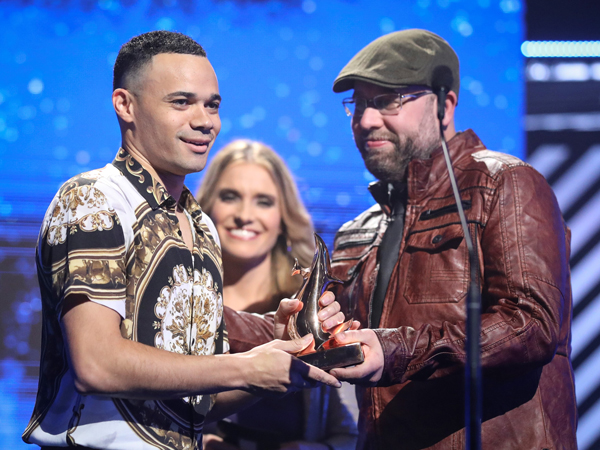 Tauren Wells, Zach Williams, Matthew West and MercyMe were among those honored at the 49th Annual GMA Dove Awards

The 49th Annual GMA Dove Awards were celebrated on Tuesday, October 16, 2018 live from Allen Arena at Lipscomb University in Nashville, Tennessee. The show will be televised on Trinity Broadcasting Network (TBN) on Sunday, October 21th at 8 p.m. CT/9 p.m. ET.

“While it’s great to pose for all these pictures and getting to hold all these trophies, this doesn’t matter as much as what is happening inside our hearts,” said Wells backstage.

As far as other wins, Zach Williams took home Artist of the Year; Reckless Love was named Song of the Year; Matthew West was honored as Songwriter of the Year and Inspirational Film of the Year was awarded to “I Can Only Imagine,” among other awards.

The evening also included many outstanding performances, including first time collaborations with Kirk Franklin and Tori Kelly, Jason Crabb and Rascal Flatts, as well as Natalie Grant and Koryn Hawthorne.

A full list of winners is available at https://doveawards.com/awards/2018-winners/.  For more information on the Dove Awards, go to www.doveawards.com.

Here’s a look at some of this year’s winners:

ARTIST OF THE YEAR:  Zach Williams

INSPIRATIONAL FILM OF THE YEAR:  I CAN ONLY IMAGINE (directors) The Erwin Brothers, (producers) Kevin Downes and Cindy Bond

The GMA Dove Awards celebrate the contributions of artists from every style of Christian/Gospel music. Nominees are determined by GMA’s professional members, and winners are voted on by the entire GMA membership. (Pictured: Tauren Wells – left. Photo by Jamie Gilliam.)

What nature can teach about God’s Creation