La MIRADA, CALIFORNIA (ANS) — North Korean dictator Kim Jong-un repeatedly threatens America with his missile tests and fiery rhetoric – as he did on Saturday — and seeks to wipe out any trace of Christianity, putting himself in the place of God. But he’s about to meet his match: the power of Christian radio.

Plans are underway for Far East Broadcasting (www.febc.org ) to construct a powerful, new radio “super-station” that will beam the Gospel message deep into North Korea, reaching the entire “hermit kingdom” with the Good News of Jesus Christ. 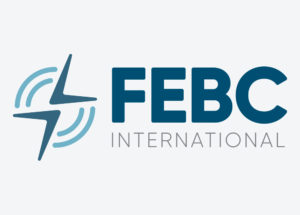 FEBC is an interdenominational ministry whose sole purpose is to share the Good News to the world through radio, the Internet, and emerging technologies. In so doing, it seeks to cooperate with and support existing missionary efforts and the ministry of the greater body of Christ worldwide, based on a common belief in the Bible as the infallible, authoritative Word of God.

While attending Southern California Bible College, God planted in the hearts of two young men named Bob Bowman and John Broger a vision for missionary radio that would one day become Far East Broadcasting Company (FEBC).  They shared this vision with Reverend William Roberts, the pastor of a church that Bowman’s parents attended, who enthusiastically supported their plan; Roberts and his church were the first to assist FEBC through prayer and funding.

In 1945, FEBC was officially incorporated by Bob Bowman, John Broger and William Roberts and established with one goal in mind: broadcasting Christ to the world. They had no supportive board at the time, and were not affiliated with a specific church denomination. Instead, they followed God’s lead to launch a ministry that focused on sharing Christ with the people of Asia. With nothing more than a heart to reach the lost and an understanding of radio’s ability to reach far and wide, they leaned on this promise from God: “I will instruct you and teach you in the way you should go. I will guide you with my eye” (Psalm 32:8).

North Korea is ranked as the most oppressive place in the world for Christians, ranking #1 on the World Watch List. This is North Korea’s 18th year in a row as #1.  Watch this 2-minute video here: https://vimeo.com/311255662

“Christians are seen as hostile elements in society that have to be eradicated. If Christians are discovered, not only are they deported to labor camps as political prisoners or even killed on the spot, their families share the same fate,” says Adam McManus of InventivePromo.

McManus said that according to one North Korean man who escaped, “They live in fear. Saying one word could put them or their families in prison for life.”

Ownership of Bibles or other religious materials is illegal. Possession is punishable by imprisonment and severe punishment, including, in some cases, “execution,” McManus said

According to the Washington Post editorial board, it’s not far-fetched to compare these camps to Nazi-era concentration camps.

McManus stated: “One of the judges, a former child survivor of the notorious concentration camp in Auschwitz, said the conditions in North Korea were as bad—or even worse—than what he experienced in the Nazi concentration camp.”

NBC News has documented a horrific look at the North Korean prison camps.

“Imagine what a difference a Far East Broadcasting superstation will mean for the people of North Korea. They’ll hear uplifting music and programming offering a biblical perspective on parenting, marriage, and more. And most importantly, they’ll hear the Gospel and learn of Jesus’ love and sacrifice, most of them for the first time,” McManus said, adding: “Christian radio is still KING!  And my friends at Far East Broadcasting are eager to talk about radio’s impact on the millions in North Korea and the 10/40 Window who’ve never heard the Gospel.” 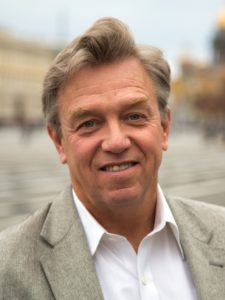 ** Christian radio broadcasts into North Korea, including plans to construct a “superstation” in South Korea.

** Broadcasting the Christian message into hostile nations closed to foreign missionaries or resistant to the Gospel, including China, Russia, India, Pakistan, and Muslim-dominant countries.

** Far East Broadcasting transmits from 149 stations the Gospel in 49 countries in 124 languages and around the world.  Last year alone, they heard from over 2.26 million listeners, many of whom attest to changes lives.

** Use of the latest technology – including smartphone apps and internet – to connect with millions of seekers in closed countries.

** Far East Broadcasting’s 75th anniversary and ongoing radio expansion into new “unreached” areas of the world “until all have heard.”

Christian media are invited to email McManus (InventivePromo@gmail.com ) to interview Ed Cannon or Wayne Pederson from Far East Broadcasting about the construction of this new “super-station” which will transmit the hope and love of Jesus Christ into North Korea, the most oppressive country in the world for Christians.