Top Posts
Knowing the One Who Always Keeps His Word
Pregnancy Resource Centers Fight For Life Amidst Opposition
This World is Not Our Home
Lessons Learned From a Gingerbread House
Let There Be Peace on Earth
‘I Wanna Dance’ movie: Whitney Houston’s success and...
Fact Finding, Sight Seeing, and Prayer Walking
Kidney donation led to 8 life-saving surgeries
The Power of Curiosity
When Love Came Down at Christmas
Home ANS Feature Fifty years a friend, 30 years a colleague

MINNEAPOLIS, MINNESOTA (ANS) — At the age of 14 when I first met author, broadcaster and journalist Dan Wooding, I never dreamed I would end up half-a-world away writing for ASSIST News Service (www.assistnews.net ).

I was on Half Term — (like Spring Break, only we didn’t go to the beach!) — from the British boarding school I attended in Reading, Berkshire, England.

That was 50 years ago. This year marks 30 years that I have worked alongside Wooding. 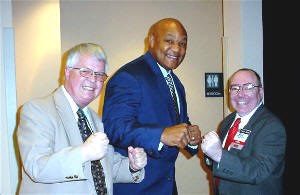 I was short, skinny, and shy. He was a well-known journalist living and working in my hometown, Ealing, west London.

We met for coffee around the corner from the Middlesex County Times newspaper where he was Chief Reporter. Olive B. Knight, the retired Christian schoolteacher for whom my mother did housework, introduced us. Wooding used to attend Ms. Knight’s church.

Wooding, who had worked in Britain for Billy Graham’s ‘The Christian’ newspaper, took me on a reporting assignment to see a woman whose flat (apartment) was infested with bugs and who was fighting to have the local city council, who owned and rented out the apartment to her, de-fumigate the property.

Never one to stand on ceremony, Wooding let me take part in the interview. I knew then that I was “bitten” by the ‘journalism’ bug!

Wooding also got me my first break into journalism, helping me secure a position as cub reporter on the County Times at the age of 18.

When he moved to America to work for Brother Andrew with Open Doors in California, we lost touch.

It wasn’t until I moved to Minnesota to attend Crown College and gain my B.A. in Magazine Journalism that we reconnected. 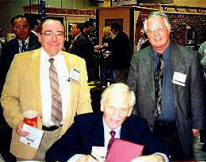 When he started ASSIST Ministries — Aid to Special Saints in Strategic Times — a ministry to persecuted Christians around the world, Wooding asked me to be ‘Mr. ASSIST’ in Minnesota.

I gladly took up the challenge, speaking in churches and attending Mission Fairs with a display booth to sign up Pen-Pals for persecuted Christians overseas, eventually inviting Wooding to Minnesota and arranging his speaking tour of churches, schools, colleges, and radio and TV stations in the Upper Midwest.

The ASSIST Ministry morphed into ASSIST News Service (ANS) and Wooding asked me to be his first correspondent for the fledgling newswire service.

As Chief Correspondent for ANS, I have reported from Mexico, Nicaragua, Jamaica, China, Russia, Jordan, and Israel. I have met and interviewed Franklin Graham, Chuck Colson, Zig Ziglar, Joni Eareckson Tada, and many outstanding leaders of Christian missions and ministries while reporting on their activities for the Kingdom of God.

Dan Wooding is known for giving a helping hand to others who share his passion for good, old fashioned journalism. This shy kid from west London is one of them.

We have been 50 years as friends and 30 years as colleagues.