Top Posts
‘Nothing is Impossible’ movie: Hoops, romance, second chances
‘God’s Smuggler’ Brother Andrew passes to his reward
Cultivating a Prayer, Care, Share Lifestyle
God Has Plans for Your Life
Worth and Value in the Kingdom of God
Grandchildren Bring Joy and Opportunities to Our Lives
Embracing Change and Changing Lives
Dark Academia and Dead Monks
She ‘intensely related’ to Mary Magdalene character on...
The Most Powerful Thing in the World
Home ANS Feature Follow the Theologians: Ride a Bike 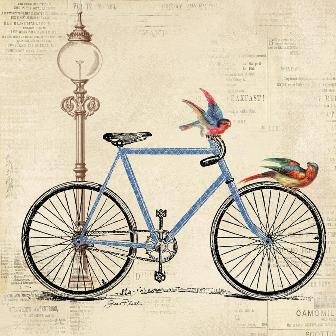 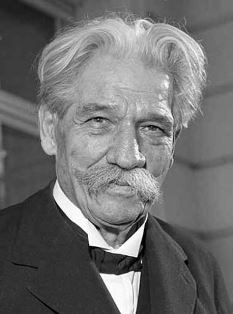 ALBUQUERQUE, NEW MEXICO (ANS – May 16, 2015) — May is National Bike month, and May 15 was “Ride Your Bike to Work Day.” I was honored to get out with many other people and take part of this annual event. To commemorate all things bicycle, here’s a reprint of an article on bicycles and theologians that was published a couple years back.

Albert Schweitzer did it. Karl Barth did it. C.S. Lewis did it and they were joined by Jacques Ellul. And over the past year, I’ve done it — not as a theologian, like the list above, but as a lover of God. The one common feature this illustrious group of Christian thinkers and myself has is that we’ve all enjoyed the sheer pleasure of riding a bicycle.

I’ve been riding one day a week to work, an 11-mile journey along the Rio Grande River. It’s been a time of immense pleasure. And over the past couple months, I’ve purposely let my wife take my truck to work (leaving me without an automobile) so I can ride my bike to the store, the library, and any place my heart desires. It’s a freeing experience, really.

In his memoir, “Out of My Life and Thought,” the famed musician, theologian, and missionary doctor, Albert Schweitzer, wrote about his first impressions concerning the bicycle.

Schweitzer recalls, “While at the village school, I witnessed the introduction of the bicycle. We had heard several times about the carters getting angry with people who dashed about on high wheels frightening the horses. Then one morning, as we were playing in the schoolyard during the break, we learned that a “speed runner” had stopped at the inn on the other side of the street. We forgot school and everything else and ran over to gape at the “high wheel” which had been left outside. Many grown-ups showed up as well and waited with us while the rider drank his pint of wine. At last, he came out. Everybody laughed at the grown man wearing short pants. He mounted his bicycle and, lo, was gone.” 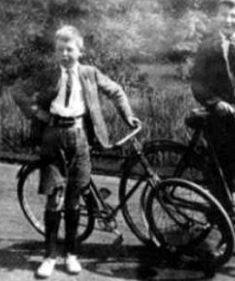 Schweitzer continues, describing when he got his own bike: “In my second to last year of high school, I myself acquired a bicycle, which I had fervently desired for a long time. It had taken me a year and a half to earn the money for it by tutoring students who lagged behind in mathematics. It was a second-hand bicycle, which cost 230 marks. At that time, however, it was still considered unseemly for the son of a pastor to ride a bicycle. Fortunately, my father disregarded these prejudices. There was no shortage of those who found fault with the ‘arrogant’ conduct of his son.

“The well-known orientalist and theologian Eduard Reuss, in Strasbourg, did not want theology students to ride bicycles. When, as a student of theology, I moved into the St. Thomas Institute with my bicycle in 1893, the director, Erichson, remarked that he could permit this only because Professor Reuss was dead.

“Today’s youth cannot imagine what the coming of the bicycle meant to us. It opened up undreamed-of opportunities for getting out into nature. I used it abundantly and with delight.”

I love that last sentence: “I used it abundantly and with delight.” I feel the same way. The bicycle has a way to connect you to nature, to the land, and the world, unlike any other mode of modern transportation. 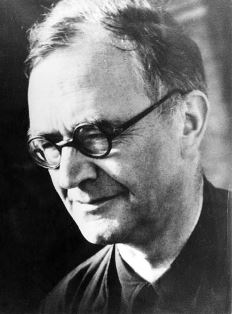 The famed theologian, Karl Barth, was also smitten with the bicycle.

In issue 65 of “Christian History” magazine, it reads, “He was one of the first pastors in his region to own a bicycle, which he used to peddle to ministerial meetings.” Imagine that, the author of the massive and influential, “Church Dogmatics,” rode a bike to meetings with other pastors. Gotta love that.

Oxford and later, Cambridge professor, writer, and Christian apologist, C.S. Lewis enjoyed bikes as well. So much so, that he wrote an essay using bicycles as the theme. In his essay, “Talking About Bicycles,” Lewis likens bicycles to deeper theological truths. Lewis begins his essay with a dialogue between two friends, “Talking about bicycles,” said my friend, “I have been through the four ages. I can remember a time in early childhood when a bicycle meant nothing to me: it was just part of the huge meaningless background of grown-up gadgets against which life went on.

“Then came a time when to have a bicycle, and to have learned to ride it, and to be at last spinning along on one’s own, early in the morning, under trees, in and out of the shadows, was like entering Paradise. That apparently effortless and frictionless gliding—more like swimming than any other motion, but really most like the discovery of a fifth element—that seemed to have solved the secret of life. Now one would begin to be happy.

“But, of course, I soon reached the third period. Pedaling to and fro from school (it was one of those journeys that feel up-hill both ways) in all-weather soon revealed the prose of cycling. The bicycle, itself, became to me what his oar is to a galley slave.”

“But what was the fourth age?” I asked.

“I am in it now, or rather I am frequently in it. I have had to go back to cycling lately now that there’s no car. And the jobs I use it for are often dull enough. But again and again the mere fact of riding brings back a delicious whiff of memory. I recover the feelings of the second age. What’s more, I see how true they were—how philosophical, even. For it really is a remarkably pleasant motion. To be sure, it is not a recipe for happiness as I then thought. In that sense the second age was a mirage. But a mirage of something.”

“I mean this. Whether there is, or whether there is not, in this world or in any other, the kind of happiness, which one’s first experiences of cycling seemed to promise, still, on any view, it is something to have had the idea of it. The value of the thing promised remains even if that particular promise was false — even if all possible promises of it are false.”

For the one man, the bicycle—and the attitude he approached it with—represented the seasons of his life: from “paradise” to “slave” to “a mirage of something.” A bicycle represented the pursuit of happiness, a shadow of a deeper longing—that for God. 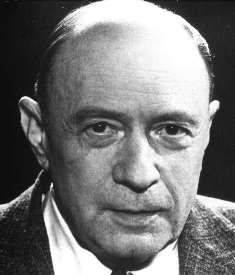 Jacques Ellul, French theologian, lawyer, and philosopher, used the bike as means of transportation. In Ellul’s case, after he became convinced that God exists. Ellul writes, “all of a sudden I knew myself to be in the presence of something so astounding, so overwhelming that had entered me to the very core of my being. I jumped on a bicycle and fled. I thought to myself: ‘You have been in the presence of God.’ I started to run for my life from the One who had revealed himself to me. I realized that God had spoken, but I did not want him to have me. I did not want to be controlled by another.”

From delight, for work, to happiness, to the revelation of God’s existence, the bicycle has played an important role in the lives of Christian thinkers throughout the past several decades.

So it’s about time contemporary Christians get back on the bike: to think, to pray, to exercise, to enjoy, to revel in God’s creation, and to help save gas—and maybe the ozone!

For the serious type, join a Christian bike club like the International Christian Cycling (http://christiancycling.com), or just go slow like the Slow Bicycle Movement encourages (http://www.slowbicyclemovement.org).

And maybe in the process riding a bike will draw you closer to Christ. For as modern Christian theologian and historian, N.T Wright, states in his commentary on Colossians 2:8: “Being a Christian is like riding a bicycle; unless you go forward, you’ll fall off…At every stage of Christian experience, what you most deeply needed is not something other than the king himself. You always need more of him. He’s what it’s all about.”

Let the experience of a bike move you forward in your journey with Christ. Like the theologians of yesteryear, give God the glory for life, letting the bike bring delight as only two wheels can. 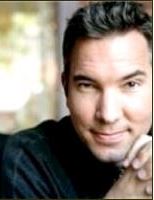 About the writer: Brian Nixon is a writer, musician, minister, and family man. You may contact him at www.briannixon.com or https://twitter.com/BnixNews.

Note: If you would like to help support the ASSIST News Service, just go to www.assistnews.net and click on the DONATE button to make you tax-deductible gift (in the US), which will help us continue to bring you these important stories.