Top Posts
Knowing the One Who Always Keeps His Word
Pregnancy Resource Centers Fight For Life Amidst Opposition
This World is Not Our Home
Lessons Learned From a Gingerbread House
Let There Be Peace on Earth
‘I Wanna Dance’ movie: Whitney Houston’s success and...
Fact Finding, Sight Seeing, and Prayer Walking
Kidney donation led to 8 life-saving surgeries
The Power of Curiosity
When Love Came Down at Christmas
Home ANS Reports ‘God’s Not Dead’ Film Producer Launches National Christian Music Tour 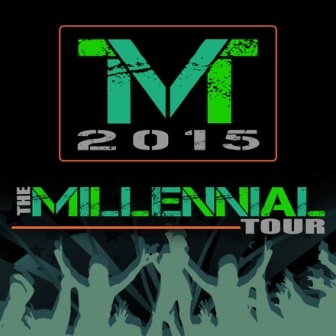 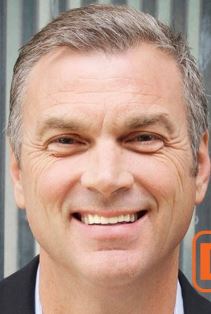 According to a news release, the national tour is currently scheduled to visit 14 cities across the country during the summer, with the first date taking place May 15th at New Orleans’ Saenger Theatre where three of the tour’s ten artists will open for KING & COUNTRY.

The summer tour dates include several major festival performances, including all five Creation Festivals, Lifest and AliveFest, among many others. The Fall segment of The Millennial Tour 2015 will visit 25 cities in 13 states, and an announcement with all details will be made later this summer.

Also featured via video throughout the event will be Dr. Rice Broocks, author of the book “God’s Not Dead”, who will share four key foundational teachings about apologetics (defending Christianity), as well as the Director of “The Human Right”, Heath Adamson.

“After seeing the tremendous feedback from the Christian community about how important it is to help the younger generation of believers defend their faith, Duhon and Broocks developed a concept of taking the theme on the road through The Millennial Tour 2015,” said the news release from Bozeman Media.

“We watch our kids being raised in church, and in their teenage years many of them lose interest or aren’t able to really defend what they believe when confronted by atheists or agnostics,” explains Duhon. “Rice and I feel that the millennial generation, specifically high school and college age students, are needing specific teaching about how to defend their faith against scientific debate, but through an event and from peers they may be more willing to hear it from. The Millennial Tour 2015 combines music and teaching with a two-and-a-half-hour event that will leave the students wanting to dig deeper into why they are Christians and why there is a God. Plus, they’ll get to see the next generation of Christian artists perform and share how they are defending their faith every day.”

“Millennials aren’t looking for formulas for faith, they’re looking for authenticity,” adds Adamson. “They’re looking for absolute truth. It’s not about tradition for them, or for anyone, it’s about knowing the truth. We hope to help teens and young adults learn that they both have the same fundamental human right, which is to know the truth about their origins and what truth is. We believe this is through a savior called Jesus Christ.”

“God’s Not Dead” created a national stir, among atheists and Christians alike, when the film’s direct approach to the question of an omnipotent God as creator of all things was based on real-life college situations facing Christian students. The film used several references from Broocks’ book of the same title. Set in a classroom at a university, the movie revealed the difficulties Christians face with defending their belief in God and the Bible in the midst of an education system and society that explains away God in lieu of science.

The highly-anticipated sequel to “God’s Not Dead” is expected to release Spring 2016, marking the big screen debut of many of the artists appearing on The Millennial Tour 2015. Fans who attend the Fall tour will get a first look at the trailer for the upcoming film. Centered around a group of high school students, the movie explores the historical debate of Jesus’ existence in human form on earth.

For more information about the tour and the lineup of artists, please visit www.TheMillennialTour.com. 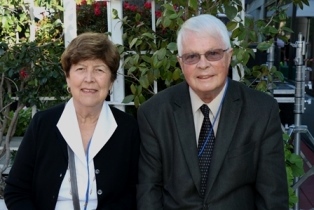 About the writer: Dan Wooding, 74, is an award-winning journalist who was born in Nigeria of British missionary parents, now living in Southern California with his wife Norma, to whom he has been married for more than 51 years. They have two sons, Andrew and Peter, and six grandchildren who all live in the UK. He is the founder and international director of ASSIST (Aid to Special Saints in Strategic Times) and the ASSIST News Service (ANS) and he hosts the weekly “Front Page Radio” show on the KWVE Radio Network in Southern California and which is also carried throughout the United States and around the world, and also “His Channel Live,” a TV show beamed to 192 countries. He is the author of some 45 books, the latest of which is a novel about the life of Jesus through the eyes of his mother called “Mary: My Story from Bethlehem to Calvary”. For more information, please go to http://marythebook.com/, where you can find details of how to order the book.

Note: If you would like to help support the ASSIST News Service, please go to www.assistnews.net  and click on the DONATE button to make you tax-deductable gift (in the US), which will help us continue to bring you these important stories.