Top Posts
Knowing the One Who Always Keeps His Word
Pregnancy Resource Centers Fight For Life Amidst Opposition
This World is Not Our Home
Lessons Learned From a Gingerbread House
Let There Be Peace on Earth
‘I Wanna Dance’ movie: Whitney Houston’s success and...
Fact Finding, Sight Seeing, and Prayer Walking
Kidney donation led to 8 life-saving surgeries
The Power of Curiosity
When Love Came Down at Christmas
Home ANS Feature God’s Call to the Yanomamö Indians in the Amazonas

God’s Call to the Yanomamö Indians in the Amazonas 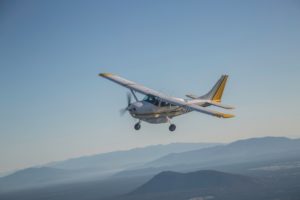 Murrieta, CA (ANS) – Michael Dawson is a missionary to the Yanomamö Indians in the Amazonas region of Venezuela. Michael was born in the middle of the Amazon jungle at TamaTama, a small mission base hacked out of the rainforest on the banks of the Orinoco river. He is the 5th of 10 children born to Joe and Millie Dawson who were among the first missionaries to the Yanomamo tribe. His first language was Yanomamö and he learned English when he was 7 years old.

After graduating high school he worked for two years on the upper Orinoco river system taking portions of the New Testament to remote villages. The Yanomamö language contains many dialects and his purpose was to determine which regions could understand the dialect of the Bible translation.

He returned to the US for Bible School training in 1976 and finished missionary training three years later. He then spent a year in flight training.  Michael married Renée Pintor in September, 1980 and they left for Venezuela in January of 1981. They made disciples among the new Yanomamö believers, traveling with them to different villages showing them how to evangelize their own people. They have three boys, Joshua, Ryan, and Stephen. 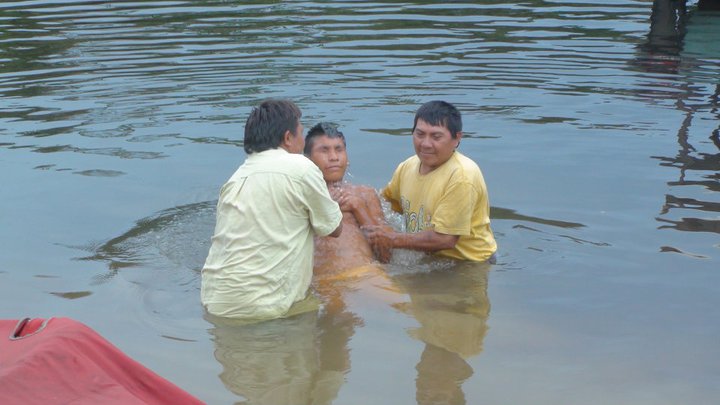 “not only is Christ worth living for, He is worth dying for”

In June of 1992, Renée went to be with the Lord after an attack of cerebral malaria. Michael was also stricken at the same time.  They were both evacuated to Caracas, but Renée did not recover. She is buried in the base village of Coshilowäteli. On her headstone are the words “She lives in our hearts as a penetrating reminder that not only is Christ worth living for, He is worth dying for.”

Mike continued working with the Yanomamö. In Oct of 1994, he married Keila and they now have two daughters. Mikeila and Mia. In 1998 they began working on an experimental airplane to be used as a part of an integrated outreach plan to reach the entire Yanomamo people. Travel is difficult and, many times dangerous in the jungle. While distances are not
that great, it can take days to get from one village to the next. The airplane was put in service in January of 2002 and has been a tremendous blessing to the outreach ministry, allowing contact with remote villages that would never have been reached any other way. In 2006, however, all flight operations in the jungle were halted due to political pressures. All jungle airstrips remain closed to date.

On the 12th of January, 2006, Mikeila Reneé, the five-year-old daughter of Michael and Keila went to be with the Lord. She became ill at about 1:00 AM and went unconscious at 9 AM. She passed away at about 2 PM. Normal radio contact is had with the mission base in town every morning at 6:30, however, this morning for some reason, no radio contact could be established.  Once again. Michael understood the need to have aircraft based right in their jungle base.  Michael continues working with the Yanomamö in Amazonas Venezuela. He is involved in the outreach ministry and in the Bible school. Along with the rest of the team, he also helps in community development.

Click learn more about the ministry at Mission Padamo Aviation and Support, or MPAS.

In 2017, Michael’s son, Ryan, contacted MMS about the possibility of helping to prepare
another aircraft for service in Venezuela. Even though the government has not reopened the
airspace, they are trusting God to open the door in His time. They want to be ready when that
door opens.

Loss of life is a tragic consequence of illness and injury in remote areas of the world, and a reliable airplane with good radios will be a precious tool to those it serves. Please pray for political stability and an open door for the
gospel in Venezuela!

Learn more about the good work of MMS Aviation to keep the missionaries in the air!