Top Posts
Living an Imperfect, Unfinished Life
‘Nothing is Impossible’ movie: Hoops, romance, second chances
‘God’s Smuggler’ Brother Andrew passes to his reward
Cultivating a Prayer, Care, Share Lifestyle
God Has Plans for Your Life
Worth and Value in the Kingdom of God
Grandchildren Bring Joy and Opportunities to Our Lives
Embracing Change and Changing Lives
Dark Academia and Dead Monks
She ‘intensely related’ to Mary Magdalene character on...
Home ANS Feature House of Peace Releases ‘Welcome to the River’ 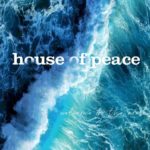 House of Peace is pleased to announce the release of the band’s highly-anticipated new, full-length project, Welcome to the River from Rex Records.

Welcome to the River features 13 songs, which were written and produced by leading member David Liscum. This is the first time Liscum has served in the producer role on a full-length project from the group. Welcome to the River a follow-up to Into the Great Unknown.

” I took my time writing and producing the album. I really wanted to dig deep. When we’re in a good place with the Lord, we tend to think of spiritual mountain tops, like when we got saved, or what God has brought us through, so some of the songs reflect on those moments. Other songs inspire and help us to focus on God’s presence with references to the Holy Spirit guiding and directing us,” Liscum said.

He continued, ” I never envisioned I would be producing the entire album, but after I finished the first song, I found out how much I loved the process. Although, it can be a tremendous amount of work.”

With a successful head start, one song from the project, “Let Your Face Shine” has already been making an impact on listeners across the globe. The song charted at #7 as one of the most downloaded songs on Christian radio in September. The single was also featured in July 2019 issue of CCM Magazine.

The 13-song project incorporates a variety of musical styles from corporate worship anthems to pop-laced songs with prominent worship themes. Staying true to a vision that encompasses diversity, the band draws from the power of modern worship, but it also incorporates many of the group’s signature stylings, including strings and horns.

The last album, Into the Great Unknown, received a lot of positive feedback on the songs that featured strings. So, we wanted to do an entire album that highlighted the strings, and that’s exactly what we did,” Liscum said.

Liscum, who wrote and produced the album, recruited heavy hitters on the project to mix the album, such as Sean Moffit, who has worked with artists like Lauren Daigle, Phil Wickham, and Jesus Culture. He also called upon the talents of Sam Gibson, who is recognized for songs like “Oceans,” and the Jesus Culture album, Let It Echo, among other leading worship albums. Additionally, Warren David, known for mixing artists like Josh Groban, Tenth Avenue North and The Afters, helped to round-out the songs on the effort.

“The band is incredibly talented, and there are a lot of special moments on the record. I wanted to bottle that in a way that was totally coming from the heart and bring in people who could highlight the talent and heart of the record,” said Liscum.

In addition to encouraging those in the church, the project also aims to reach those outside the church walls. The band hopes to take two of the songs to mainstream radio next year.

“There are a lot of corporate worship albums out there, and we love those kind of projects, but wanted to do something artistic that’s a little outside of the box in regard to radio and what the rest of the worship community is doing,” Liscum said.

Prior to the album’s official release, the band produced three videos for the songs “Day of Atonement,” “Let Your Face Shine,” and “Sacrifice,” to give fans a glimpse of what was in store with this collection of new songs. The band also plans to release additional videos that will showcase more songs off of the project.

Welcome to the River is now available, digitally and on streaming outlets, globally, on Apple Music, iTunes, Spotify, Google Play and more.